Book by Tripp Mickle: How Apple Lost Its Soul After Steve Jobs 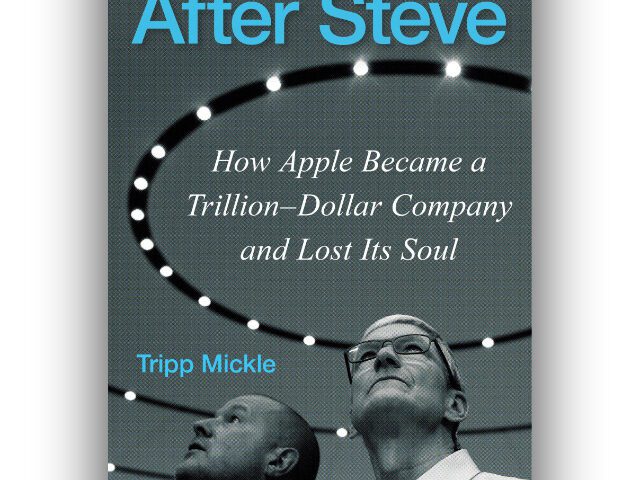 Tripp Mickle, a Wall Street Journal writer, demonstrates in his new book After Steve: How Apple Became a Trillion-Dollar Company and Lost Its Soul the development of the iPhone manufacturing company after the death of Steve Jobs. Above all, the content is said to be carried by the tensions between the successor CEO Tim Cook and the former Apple chief designer Jony Ive. Divided into 23 chapters (with cryptic titles), an epilogue, sources, an index and so on, the work fills over 480 pages. Take a look and buy it you can with this link.

Tripp Mickle's new book: After Steve: How Apple Became a Trillion-Dollar Company and Lost Its Soul. It is intended to show the tensions between Jony Ive and Tim Cook, which are said to have ultimately caused the iPhone maker to lose its "soul".

After Steve: How Apple Became a Trillion-Dollar Company and Lost Its Soul

Not only does the title seem quite pathetic, the introduction also reads as if someone really wants to show off their vocabulary and niche knowledge. But maybe that's the kind of tech-company talk Wall Street needs to get past the fact that it's really all about companies and their numbers. Here is a free translation of the introduction (the book is currently only available in English), which should give you an impression of the spelling:

The epic tale of Apple's two princes - imaginative designer Jony Ive and hands-on CEO Tim Cook - who descended into the abyss after Steve Jobs' death and took the popular company to new heights, even as their respective strategies drove the two men apart and the Irreversibly altered the Tech-Behemoth's DNA.

The book After Steve: How Apple Became a Trillion-Dollar Company and Lost Its Soul by Tripp Mickle is not the first volume to deal with Apple, the company's products and/or with individuals such as Steve Jobs, Tim Cook and Jony Ive. Here in the blog we have already discussed one or the other book: