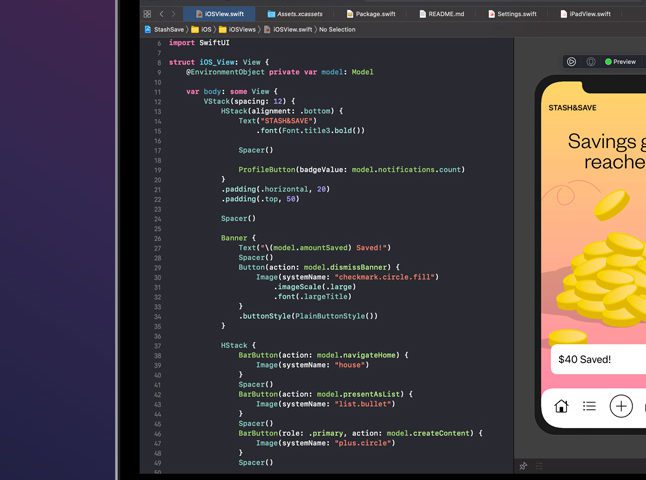 My current MacBook Pro (15 inch) is a good 3 years old (from 2017). It's still enough for all of my work with apps like Adobe Photoshop, Dreamweaver, Premiere, Final Cut, Garageband, Bear Editor, Blocs, KeepIt, Photos, BBedit, Transmit, Firefox and a lot more. Nevertheless, I notice that I am increasingly missing apps that I like to use on my iPad or iPhone.

Basically, with the upcoming macOS Big Sur, I will have the option of running iOS apps on my Mac, but I am happy to be at the forefront of such changes as we are now experiencing with Apple Silicon.

And a bit more speed and faster reaction times of the system - as advertised in the keynote - you can basically always use. For this reason, I surfed the Apple website immediately after the keynote and got it MacBook Pro (13 inch) with M1 processor ordered. 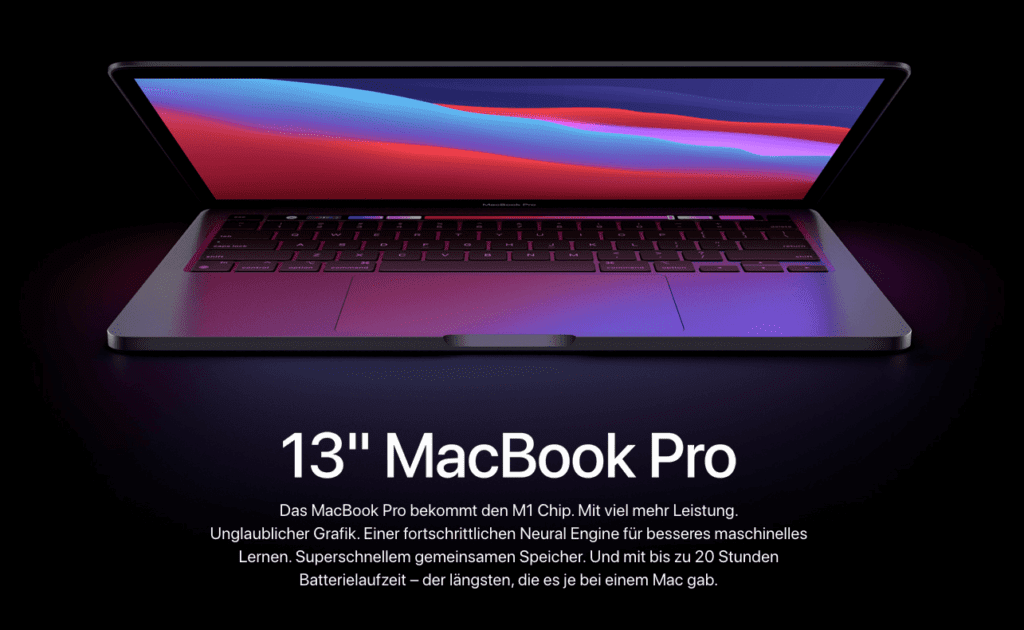 To be honest, at the keynote I didn't expect a MacBook Pro model with an M1 chip. When it was finally presented, my decision to buy it was made relatively quickly.

Within the today's keynote As expected, the first Mac models with Apple Silicon processors were presented. The following Macs were part of the party:

There were no exact benchmark measurements in the keynote, but if the comparative figures mentioned for old Mac models and the PC competition are only halfway correct, the new Macs are extremely powerful and very economical in terms of energy consumption. We already know these properties from the iPad and iPhone, which use the same processor architecture. 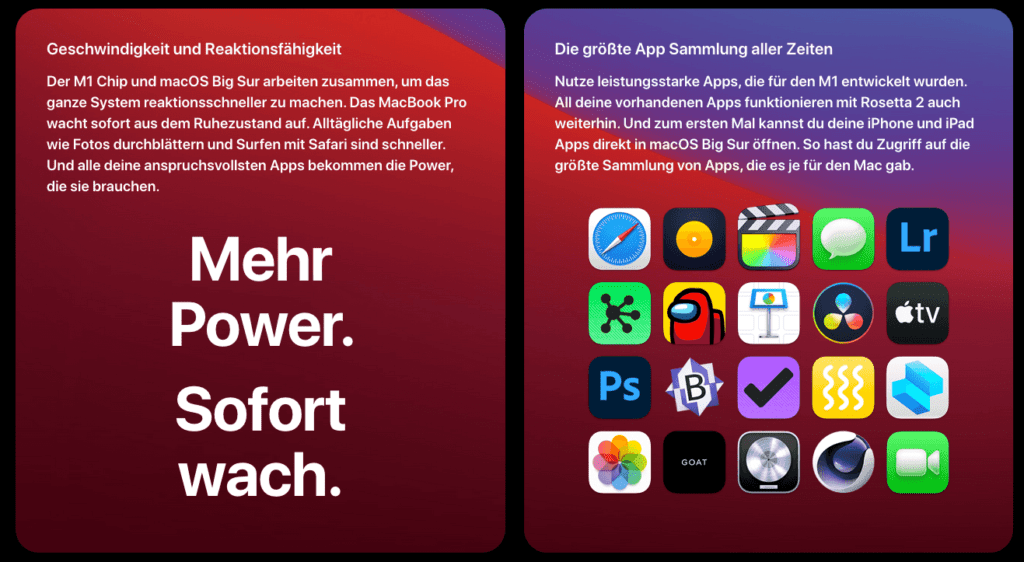 The M1 chip ensures that the MacBook Pro is as "snappy" as the iPad Pro. I'm curious to see if they really managed it ...

The M1 chips consume less power than the Intel CPUs and do not get as hot as the processors of the competition. And the whole thing, although they are many times faster. Apple did something right there.

The 13 inch MacBook Pro looks like this - compared to the previous year's model:

And the comparison values ​​(according to the Apple footnote in the technical data) were not measured against the i5 MacBook Pro, but against the faster i7 model. I have to say: I'm extremely excited about the new MacBook Pro.

I didn't want to order the standard model of the MBP. To be honest, I was afraid that the 8 GB of RAM would not be enough if I had several programs open - and that is the order of the day for me.

I know that iOS is always very economical with memory and that the large iPad Pro models are quite powerful despite being equipped with "only" 4 GB of RAM, but I could imagine that things will look different with Macs since I am there just do a lot more things in parallel than I could ever do on the iPad Pro.

The 16 GB are, so to speak, the security reserve that I booked directly with it. Maybe 8 GB would have been enough, but I didn't want to take any chances.

When it comes to SSD storage, I'm used to 1 TB from the current MacBook Pro. I would certainly get 2 TB full, but the surcharge of almost 700 EUR to get from 512 GB to 2 TB was too painful for me. 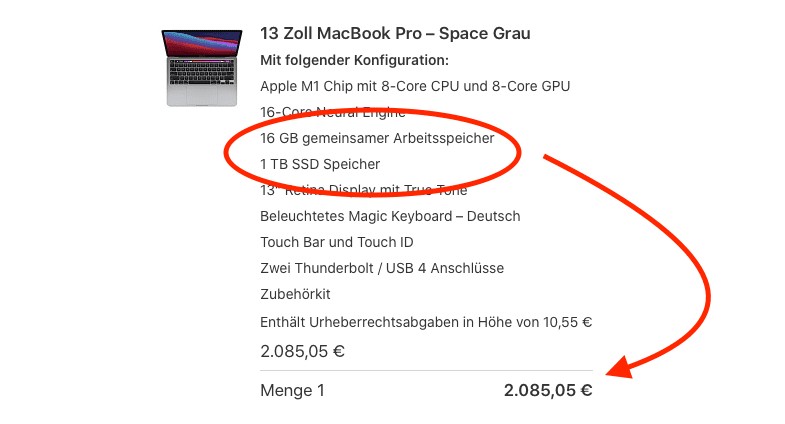 No gradations for CPU and GPU

I find it interesting that there are no gradations in the area of ​​the processor in the Mac models with an M1 processor. The MacBook Pro is equipped with the same 8-core M1 processor as the MacBook Air and the Mac Mini. Even the graphics performance is the same on all three Macs, because an 1-core GPU works in the M8. Exception: the small MacBook Air model has a 7-core GPU.

While I've never been a fan of the paid processor upgrades on previous Mac purchases, it's already unfamiliar to no longer see these selections in the Apple Store. 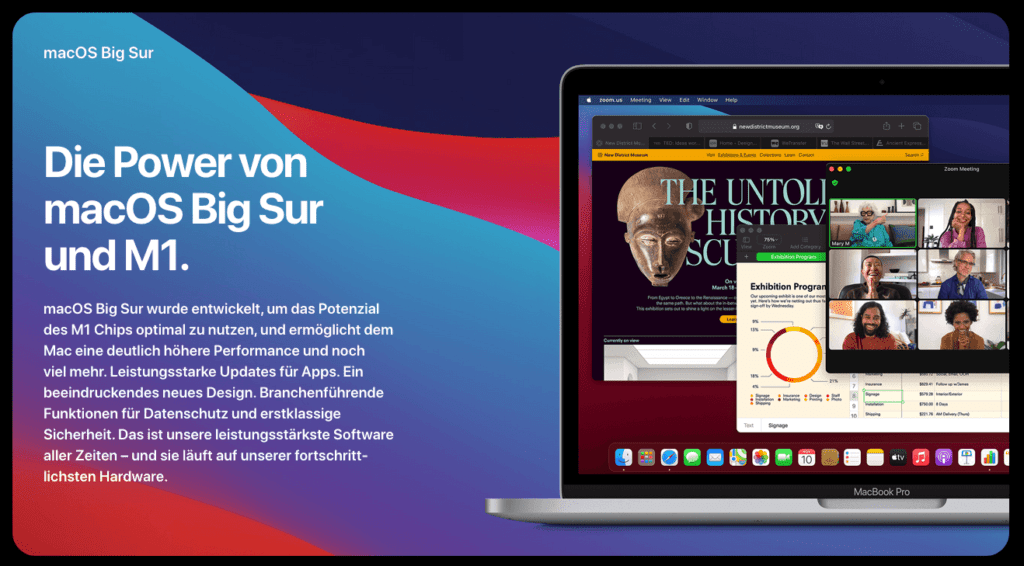 macOS Big Sur is optimized for the M1 chip. Together they ensure the best performance that you have ever seen on a Mac. That's what Apple says ... I always have concerns when it comes to superlatives. : D

My experiences with the Apple Silicon Mac? I will report!

I am very happy that I made up my mind to buy the MacBook Pro with the M1 processor. It is clear to me that productive work will not be easy here in the beginning. On the one hand you have to get used to the new look of Big Sur and then not many apps have been ported directly for Apple Silicon. Adobe Photoshop, for example, should not run natively on Apple Silicon until 2021.

Thanks to "Rosetta 2" you can still run the apps on the Mac, but you will only see how much the performance degradation will be and which bugs are lurking here in serious operation. In any case, I am ready to take on the "adventure".

Intel Mac as a backup system

To be on the safe side, I'll leave my old Intel MacBook Pro running as a backup. If the transition is too difficult and productivity is going downhill, I can switch quickly.

And in the greatest need, you can send the M1-Mac back to Apple within two weeks. So you don't take a big risk.

You can be curious to see how the Apple Silicon Mac does for me. As always, I will report bluntly and critically ... ;-)

What about with you? Are you still struggling with a purchase? Are you waiting for an M1-Mac Pro or M1-iMac? Or did you also strike and order an Apple Silicon Mac? I look forward to your comments.