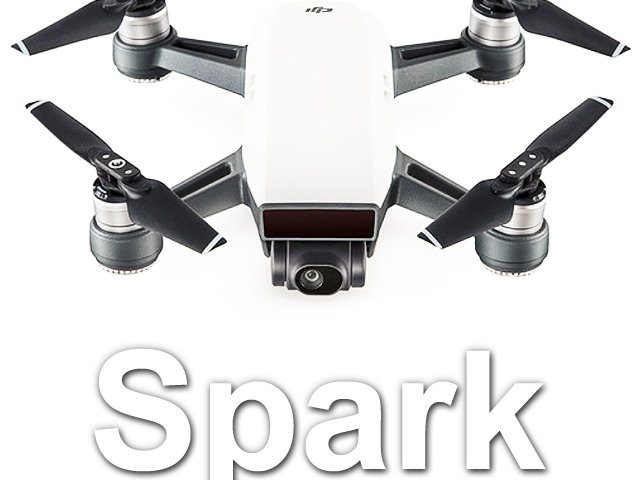 If you want to buy the DJI Spark, there are many good reasons and one very important starting point - namely the DJI online store. The mini drone with a weight of just 300g, a maximum speed of 50 km / h, functions such as TapFly, gesture control and drones (selfies with the drone) is ideally equipped, especially in the Fly More Combo. Because instead of just 16 minutes of flight time from one battery, you get two batteries for up to 32 minutes in the air. You also save a lot with the Fly More Combo of the DJI Spark:

Seize The Moment, that's the motto under which the DJI Spark was launched. A cool mini drone with numerous options for the simple but effective creation of videos and photos.

According to DJI, the Spark takes "buttery smooth pictures" with its 12 megapixel camera and the 1 / 2.3 inch sensor built into it. The DJI Spark's camera is attached to a double gimbal. The gimbal provides nodding and rolling movements - so the camera can be moved up and down; Wiggles are balanced. Lateral swiveling can be implemented by moving the drone itself.

If you want to buy the DJI Spark, which was released in May 2017, you pay for it Standard Version € 599. The savings package with the somewhat long name DJI Spark Fly More Combo brings a lot of accessories and costs € 799. Compared to individual purchases, you save around € 220. So if you want to save and have a second battery, more spare propellers, propeller protectors, a charging station, a transport box and more, then I recommend you buy the DJI Spark Fly More Combo and pay the 799 € .

Comparing the price with that of others Mini drones, then it may seem a bit high However, DJI stands for quality and a sophisticated system that is safe to fly and therefore offers professional recordings even to laypeople. Whether photo or video, with the DJI Spark camera drone and the matching app for iOS and Android works much more (and much better) than with other small drones.

DJI drones and other products besides Spark, Mavic, Phantom and Co. play a role here in the blog every now and then. Therefore, here is a list of the previous articles, which also deal with the new releases from 2017:

Information on the 2017 drone flight

If you want to fly a drone, you have to have one since April 2017 new regulation note. With a few things in mind and one or two measures, your new DJI Spark with its Fly More Combo for a total of only 799 € will be up in the air quickly and you will make great shots. Have lots of fun with it! :)

Are you going to buy the DJI Spark?

Do you buy the DJI mini drone in the standard or fly-more combo version? Where do you want to fly and what do you want to record? Feel free to leave a comment on the topic :)