From Logitech, for Mac: keyboards and mice in matching colors 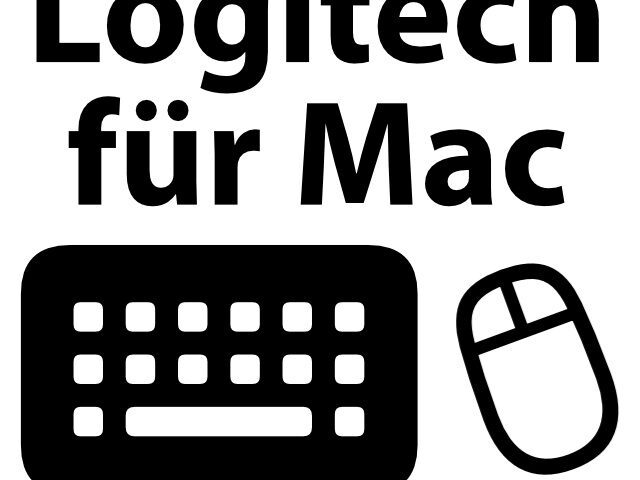 There are various keyboards and mice from Logitech for the Mac, the iMac, the MacBook and also for the iPad. With new models arriving this week, let's take a look at what's on offer in this post. It's about, among other things MX Mechanical Mini Keyboard and the MX Master 3S mouse for the Apple computer. Rounded off and therefore somewhat more creative Logitech K380 keyboard, which can easily switch between three connected devices via Bluetooth. The Logitech Lift mouse. You can get all products from Amazon with Prime shipping.

Logitech accessories designed for Apple Mac and iPad: the MX Mechanical Mini and K380 keyboards along with the MX Master 3S and Lift mice. Ergonomic work with a design tailored to Apple technology and the right functions.

The Logitech MX Mechanical Mini is a compact Bluetooth keyboard that comes in white and shades of gray in its version for the Apple Mac. It also offers the typical Apple design with control, option and command keys including their abbreviations and symbols (ctrl ^, opt ⌥ and cmd ⌘). Furthermore, the @ is on the L and there are function keys that can control system options such as media playback, volume, key brightness, etc. in addition to F functions via first or second assignment. Switching between up to three connected devices works with F1, F2 and F3.

The Logitech Lift is a vertical mouse for working ergonomically on Mac and iPad. It is also offered as a "Lift for Business" because such mice are more rarely found in gaming than in the office. I myself can recommend the use of vertical mice when working on the computer. After a short period of getting used to, they are much more comfortable than flat mice, which provoke a more unnatural posture of the wrist and arm. The Logitech Lift is also designed in white and light gray tones and can be connected to the target devices via Bluetooth. By the way, there are those for larger hands Logitech MX Vertical.

If you want to equip your workplace or home office with both a new keyboard and a new mouse, the two devices for the Apple Mac are also available as a bundle. This has been available from Amazon for two days and can be ordered via Prime shipping for fast delivery. For those who do not want to pay the full price immediately, there is the option of financing over three months with 0% conditions.

Rounded design: Logitech K380 for up to three devices

The Logitech K380 keyboard with round keys and also an overall rather friendly and creative design brings similar benefits as the new MX model above. In addition to the typical Apple keys for key combinations and app functions, there is the option of quickly switching between three connected devices. The Logitech K24 for the Mac is available in blue, pink and white for the visual interplay with the current 380-inch iMac, with the MacBook Air and with the colors in the office or at the desk at home. A big advantage: up to two years of battery life. Disadvantage compared to the MX Mechanical Mini: no key lighting.

The Logitech MX Master 3S not only has two buttons to click and a wheel to scroll with. There are two more buttons and an additional scroll wheel for use with the thumb. The assignment of the individual input options can be controlled via the app offered by Logitech on the Mac. In addition to up to 8.000 dpi for precise mouse movements, e.g. B. copy (cmd+C) and paste (cmd+V) on the thumb keys and horizontal scrolling on the thumb wheel - practical for image editing, but also for gaming and other uses of the Apple Mac.