Camera comparison: cameras in iPhone 7 Plus and iPhone 8 Plus 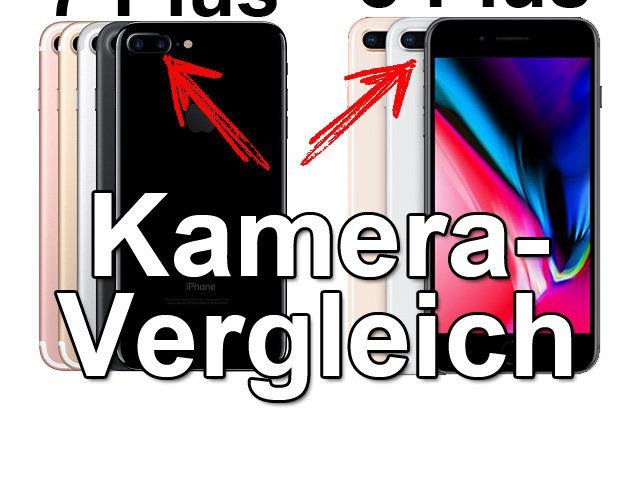 Austin Mann is a former pioneer and self-taught in the fields of photography, Photoshop and Apple Mac - on his website he presents a comparison of photographs with the cameras of the 7 iPhone Plus and the 8 iPhone Plus. With the kind permission of Austin, I present you the camera comparison of the two Apple smartphones from his blog here in German. I will not translate the comparison of the cameras of the iPhone 7 Plus and iPhone 8 Plus 1: 1, but reproduce it accordingly, as well as some photos from the original post austinmann.com Install. 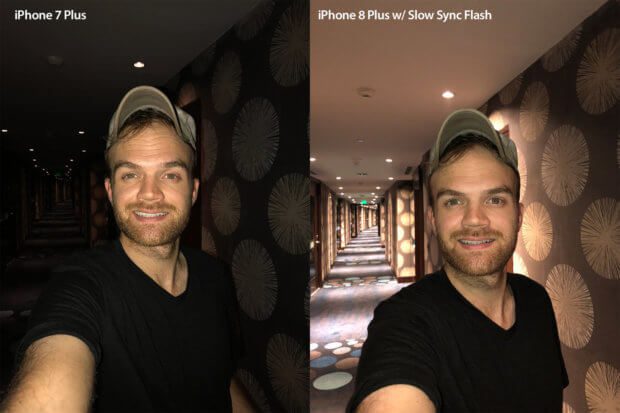 Austin Mann shows the effects of the Slow Sync shutter, which leads to more light details and a more natural light composition in the picture. Taken with the rear camera, not the selfie camera!

It doesn't look like spectacular changes at first, actually no changes at all. However, the iPhone 8 Plus has better image stabilization implemented by the hardware, a smarter sensor and new software features such as (better) HDR images, portrait light mode and slow sync. Austin Mann particularly emphasizes the latter feature in his article. You can see why in the picture above.

Austin describes the slow-sync shutter of the iPhone 8 Plus camera as a "hidden gem". Almost no one commented on it, and portrait lighting and animojis were also more important at the keynote. However, the slow sync function ensures a better light in the picture: "[...] Traditional photographers are already familiar with this, but for those of you who aren't - Slow Sync keeps the shutter open a bit longer to let in more natural light when shooting with the flash. As a result, the image is not only illuminated by the light provided by the flash, but is instead balanced with the surrounding light, creating a more balanced, natural shot." 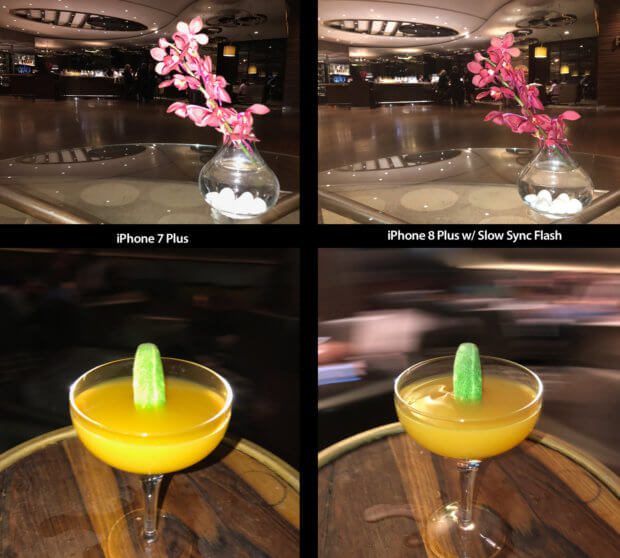 Not only does the exposure improve, but moving pictures are also more attractive - the subject is in focus while the background shows movement. (Click to enlarge)

Austin emphasizes in his post how far smartphone photography has come in just one year thanks to Apple. The post-processing options under iOS 11 with the various portrait and exposure modes make it possible to better emphasize details, literally put the person being photographed in a better light, and so on. Another great advantage: the portrait mode can also be switched off for all exposures. This means that although the person is exposed differently depending on the mode, the background is not (additionally) edited out of focus. Especially when there are delicate details such as protruding hair, it is worth switching off portrait mode - there is a clear video on the Austin page linked above!

The various portrait and portrait light modes on the iPhone 8 Plus with iOS 11. (Click to enlarge)

“Perhaps the most impressive update” in terms of smartphone photography with the iPhone 8 Plus for Austin is the possibility of HDR portraits. He describes a trip through India during which he tested the cameras on the new Apple smartphone. It was noon and the sun was shining brightly - bad conditions for a good portrait. He saw a Rabari shepherd named Balaram with his sheep and got out of the wagon. He was allowed to take a portrait of him - or two of them. One with and one without High Dynamic Range mode. This is the result (pay attention to the details on the man's face and shirt):

3 defects that were noticed

But not only the great advantages are highlighted in Austin's contribution, but also shortcomings and negative points. Altogether there are three comments that he lists under the heading "A few problems":

In addition to the three shortcomings that won't be a major disadvantage for everyone, there are also six advantages that Austin can list. I will not reproduce the complete text passages, but only briefly touch on the individual points and notes:

Conclusion on the iPhone 8 Plus camera test

In addition to the new, improved portrait mode, there are new options for the iPhone 8 Plus and iOS 11. The two cameras, their improved hardware and, above all, the “smarter” sensor make even more professional photos possible. With this amazing upgrade, you can see Apple's clear line of optimizing mobile devices such as the Plus models of the iPhones, the iPad Pro range and the iMac Pro, especially for the creative (or professionally creative) target group .

Finally, once again the reference to Austin's contribution, in which you can find further explanations and pictures;)