Can I connect my old system to my Apple TV via chinch? 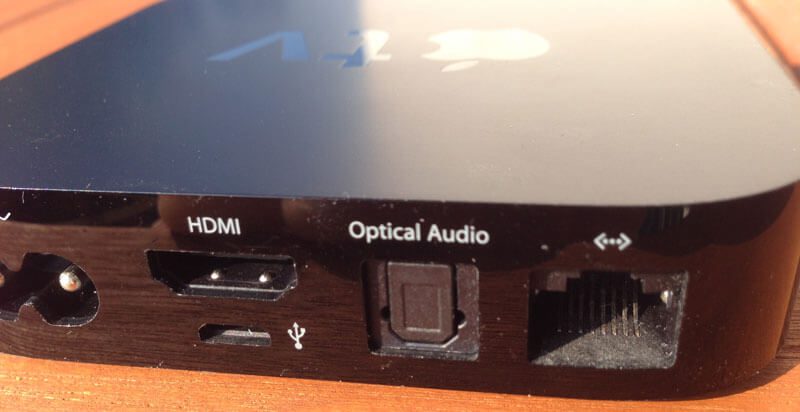 Question: I have an old stereo system that only has inputs with chinch sockets. Is it possible to connect an Apple TV to it? The Apple TV offers a 3,5 mm output and with a 3,5 mm to chinch adapter you should get the sound from the television to the system, right?

Answer: An interesting question that I ask too already answered - but without going into the 3,5mm socket on the Apple TV. :) I admit, the socket is a bit confusing, but with the [current Apple TV 3-> apple-tv] it differs significantly from a 3,5 mm jack that is usually found on AUX inputs, headphone sockets or knows something similar. In this case (I assume that you are talking about Apple TV 2 or 3) it is an optical audio output (I also say "Optical Audio" above). To protect the optics from dust, the socket is also provided with a protective flap that would not be found with an analog audio output. In short: your idea with the 3,5 mm to chinch cable will not work. :(

The optical output on the 3rd generation Apple TV can be clearly seen here. A conversion to chinch with adapter is unfortunately not possible.

Unfortunately, you have to spend a little more money if you want to connect your Apple TV to an old music system that does not have an optical output. The solution to the problem is a converter that converts the optical (digital) signal from the Apple TV into an analog audio signal. Such a converter is also known as a "DAC" for short, which stands for digital-to-analog converter.

There are of course qualitative differences between the DACs. I don't have a comparison myself, however, as I only have a cheap [DA converter-> DA audio converter]. In various forums, however, there is agreement that the more expensive brand-name converters also produce a better sound from the optical signal. For this reason I have chosen two devices, both of which have received a lot of positive reviews. Power supply unit and [Toslink cable-> toslink cable] are included in the delivery of the inexpensive DAC - the "Premium DAC" only comes with a power supply unit, but no Toslink cable. You probably still have a chinch cable in some box ... 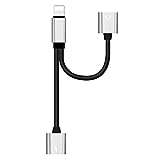 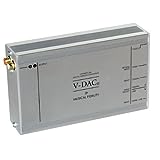 Musical Fidelity - V-DAC II - digital to analog converter
With the V-DAC II you are sure to have one of the top models in the audio converter sector in mind. When you read the reviews, the reviewers can hardly figure out how awesome this thing is! The whole thing has its price, however, because the V-DAC II is available from the Amazon counter for a good 250 EUR. Attention: Toslink cable is not included here (as far as I could see).
Buy it at Amazon Price includes VAT, plus shipping costs (updated: 16.05.2022 at 17: 48 clock)

A corresponding Toslink cable for the V-DAC II can be found here .