Canon SELPHY CP1300 in the video: functions, problems and remedies 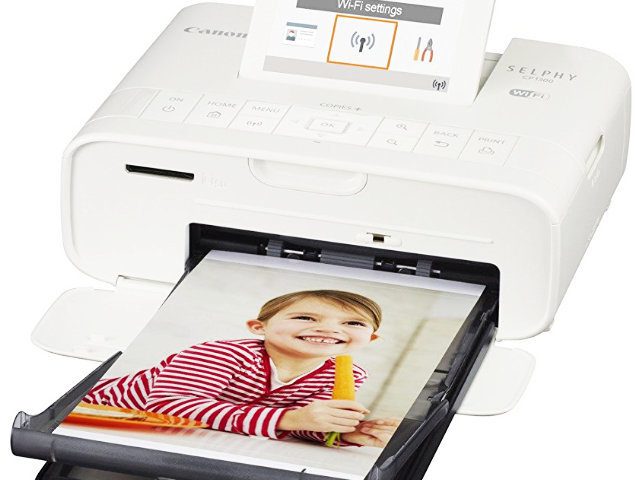 Update December 31.12.2018st, 1300: In the meantime, the Canon Selphy CPXNUMX has "moved in" with me and has completely impressed me. You can here is my review of the photo printer .

The Canon SELPHY CP1300 is a small, mobile WiFi photo printer that, in combination with the corresponding app, can print selfies and other photos directly from a smartphone or tablet. Various features and printing options (also via computer or SD card) make it usable for various occasions - for passport photos, for parties or weddings, for holidays and for printing individual postcards on a world trip. On YouTube I found a video about a Canon SELPHY CP1300 test, which I have linked and summarized for you here.

The Canon SELPHY CP1300 test by Marc Arzt shows that the mobile photo printer has its strengths. The weaknesses can almost be neglected. Image source: Amazon

A live test of the Canon SELPHY CP1300 as well as reports on the use of the device, a comparison with the predecessor "CP1200" and information on the functions, print quality and other areas are provided by Marc Arzt in his Video on the subject. In the YouTube video about the mobile photo printer, which can easily be controlled via WLAN via the app, there are many advantages, but also a few disadvantages. The color quality is already quite good, but its slight blue cast can be removed by making adjustments (for example in the mobile Lightroom version for the iPhone).

The underlying technology and its further development compared to the Canon SELPHY CP1200 is also critically addressed in the video. In fact, printing technology does not seem to have improved. Although the selfies and vacation photos come from the mobile printer in good quality, the thin line that is visible at second glance in the printed image was not removed. This line can even be seen in the product photos on Amazon, when you know that you have to keep your eyes open afterwards.

Before I get to the app and the other contents of the test report video for the Canon SELPHY CP1300, here are the specs of the device:

To send the photos from the iPhone camera to the photo printer, you need the app Canon PRINT Inkjet / SEPHY, short: PRINT. This is available for Apple iOS and Google Android alike. In addition to the printer shown, it is also made for the PIXMA and MAXIFY product lines. You can find the PRINT app download for iOS in the App Store and for Android in the Play Store.

Summary of advantages and disadvantages

In the almost ten-minute video, several advantages and a few small disadvantages of the device are named. Here I would like to reproduce them briefly so that you can get an insight:

Slight blue cast - solution via your own correction

In the video linked and embedded above, a slight bluish cast is mentioned in the pictures printed by the Canon SELPHY CP1300 photo printer, which may only be noticeable by the photo professional. The solution also shown in the video consists of loading the image with the mobile selfie printer into an image editing app for iOS before printing it and adjusting the color temperature and other values ​​there, if necessary. In the example shown, the following steps have been taken:

So a little detour, but one that quickly and easily leads to more beautiful pictures. In this way, individual effects and color options can also be implemented. So if you want to see whether the photo should not be printed better as a black and white image (possibly with colored accents) or otherwise processed, you can also use an app for photo editing.

At Amazon, among others, you can not only buy the Canon SELPHY CP1300 mobile printer buy, but also the appropriate or necessary accessories. The package with Printer transparencies and paper for printouts in postcard format currently costs 28,90 euros (as of August 2018). With 108 prints, that's about 26,8 cents per photo. I still think that's quite humane - and on the go it's still much cheaper than the postcards from the souvenir shop. Speaking of on the go: of course there is also on Amazon the right battery for the device.

Canon mobile photo printer
The device performed well in the Canon SELPHY CP1300 test. Small mistakes and problems result in a deduction of points, but do not make the device a complete flop. You can find multimedia impressions of the device in the video.
126,99 EUR
Buy it at Amazon Price includes VAT, plus shipping costs (updated: 21.01.2022 at 15: 00 clock)
11,49 EUR 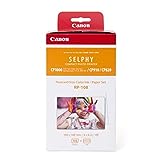 Canon printer cartridge RP-108
You should order the Canon RP-108 printer cartridge with enough color and paper for 108 prints. Because these accessories are not included in the scope of delivery of the printer. Further technical data and Canon SELPHY CP1300 specs can be found in the data sheet above.
38,00 EUR −11,49 EUR 26,51 EUR
Buy it at Amazon Price includes VAT, plus shipping costs (updated: 21.01.2022 at 15: 00 clock)