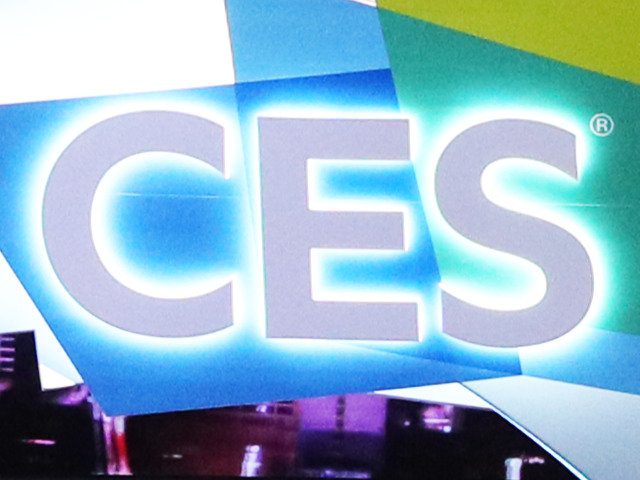 Last week, the Consumer Electronics Show of this year, CES 2020 for short, took place. The event, which has been held annually in Las Vegas, USA since 1998, produced interesting developments, market guides and innovations. Numerous manufacturers and brands such as Samsung, LG, Intel, Asus, Lenovo, AMD, Sony, Amazon, Mercedes Benz, Toyota, Hyundai, Razer, Bosch, Alienware, Panasonic and more could be seen. And a potato was - at least marginally - the focus of the attention of some trade fair visitors. In the following I have summarized some interesting news about CES for you, with sources for further reading.

At CES 2020 there were many exhibitors, devices, technical innovations, innovations and surprises. Here is a short summary of Thunderbolt 4, e-cars and Twitter to the smart potato. Photo Credit: CES®

The Thunderbolt 3 interface should be familiar to all those who own a current MacBook (Pro / Air). The extensive connection can control power supply, peripherals, memory, output devices and more at the same time. As part of the CES 2020, Intel has now presented the successor, which brings a few new features, but no drastic innovation. So remains according to all-round PC, the USB-C connector the same.

In addition, all functions that are required for the designation as Thunderbolt 4 are mandatory USB4 are sometimes only optional. The maximum speed of 40 Gbit / s remains as with the current standard. However, there is also the tunneling of PCIe connections, the standard works with the new "Tiger Lake" processor from Intel and Thunderbolt 4 could one 8K support bring.

When we come to technical standards that stipulate and enable something, let's take a look directly at the Bluetooth radio interface. Bluetooth LE is not only intended to improve audio transmission, it also enables "audio sharing" and thus transmission from one source to several destinations.

But hearing aids can also be integrated so that people with hearing difficulties can better hear the audio from TV, smartphone, radio and microphones. A new audio codec also comes with it: LC3. This promises better audio quality at low transfer rates. All information is available on the official website.

Even more wireless: Wi-Fi 6 and 5G with Netgear

The "Netgear Nighthawk M5" is a hotspot that supports wireless networks with Wi-Fi 6 as well as 5G cellular networks. Among other things, a LAN interface ensures that the device can be integrated into the local network. In addition to using it as a router, it can also be used as a gateway and WAN connection. For example in areas where the copper or fiber optic connection is poor, but a good network can be reached via cellular network. According to the official presentation on the part of Netgear, the device should be in stores from the second half of 2020.

Other blog: Opinion on 5G and 8K on Caschy's blog

Tiger Lake and other Intel news

As mentioned above, Intel has also introduced a new chip with the code name "Tiger Lake". This is designed for mobile computing and should include optimizations for CPU, AI accelerator and graphics. The latter come with the new Intel X.e Graphic architecture therefore. According to Intel, the performance improvement should be in the double-digit range.

Thanks to Thunderbolt 4, the data flow should be four times as fast as with USB 3. The first Tiger Lake chips based on Intel's 10nm + should be delivered this year. This and other CES 2020 announcements from the chip manufacturer are available in the official press release.

Chips and GPUs from AMD are also an issue

But not only is it worth taking a look at Intel when reporting on CES 2020, but also with regard to AMD. Among other things, Golem summarizes detailed information on the AMD Ryzen Threadripper with 64 cores in individual articles (here ), to the mobile AMD Ryzen Mobile 4000 (here ) and to the AMD RX 5600 XT graphics card (here ) together.

The performance is also discussed in the individual articles and comparisons are made with the competition as well as with other models from the manufacturer. For example, it says about the mobile chip: "With the Ryzen Mobile 4000, AMD has twice as many CPU cores as Intel and the faster graphics unit in the 15 watt segment". If you are interested in the hardware, please have a look at the sources.

In addition to individual components, a large number of complete machines were of course also presented at CES 2020, including laptops. The most impressive came from Lenovo; the Thinkpad X1 Fold. This is a foldable model in which the display can also be folded up. You can find all information about the device in the Official press release.

Other innovations in the field of mobile computers also include the following manufacturers and models:

Mobility from Sony, Mercedes-Benz and Hyundai

With the Vision-S, Sony has presented its own electric car. At the end of the CES press conference, at which other products were also presented, Sony pulled out the car as a surprise. The dashboard is a display, instead of rear-view mirrors there are cameras. You will get official pictures and videos of the e-car on the Sony website. 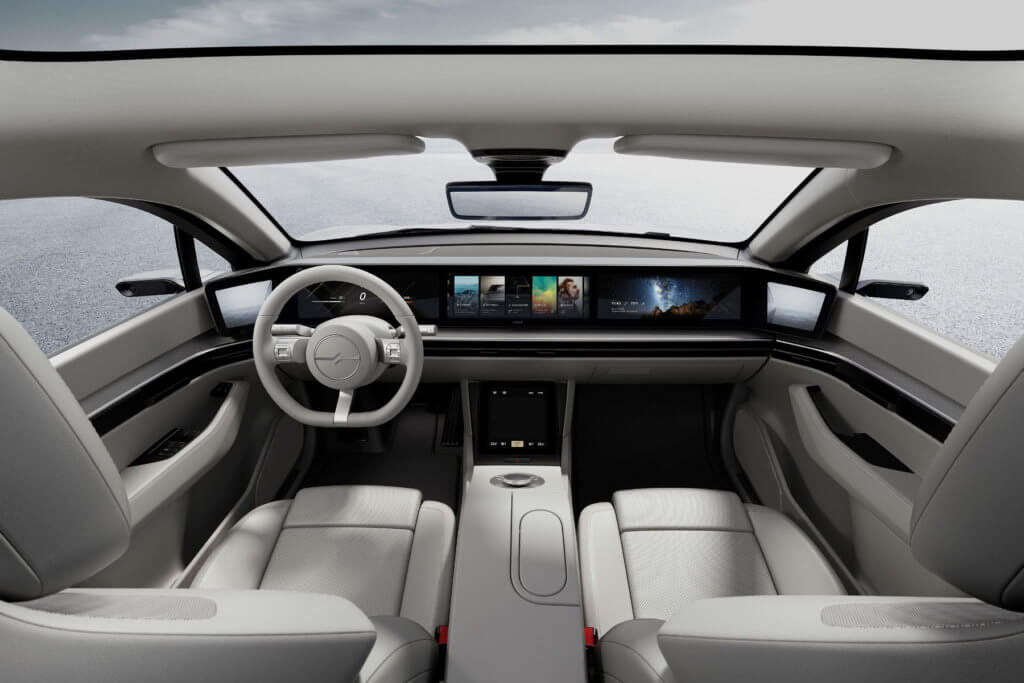 This is what the interior of the Sony Vision S should look like. The e-car offers, among other things, a display dashboard and camera-supported rear-view mirrors. Source: Sony

Mercedes-Benz is then more of a source from which cars are expected. And so a concept vehicle developed together with James Cameron was presented at CES 2020. Based on the film Avatar, the self-driving and futuristically designed car called “Vision AVTR” is supposed to establish a connection with the driver. To do this, the hand is placed on a control element. More information, pictures and ideas about the vehicle offers Mercedes-Benz here. 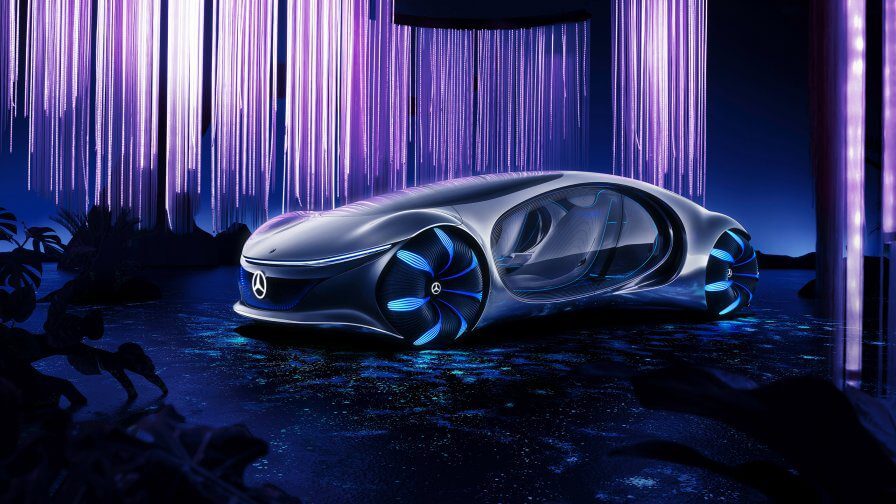 The e-car Vision AVTR from Mercedes-Benz is inspired by Avatar and accordingly futuristic. Source: Mercedes-Benz

Hyundai goes one step further in conceptual thinking. Because the company not only wants to revolutionize private transport, but also a much more far-reaching transport of people, in the air and on the ground. For this purpose, among other things, an air taxi was presented, which is to land on so-called hubs so that the people flown there can be brought to their destination in self-driving minibuses. Everything about it and some concept pictures Hyundai offers you here. 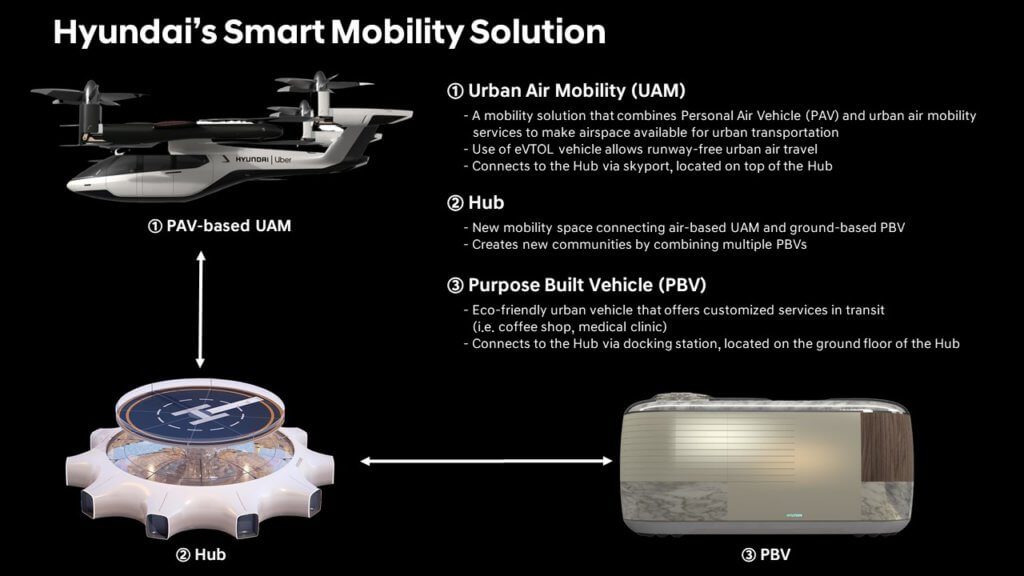 Hyundai presented an air taxi at CES 2020 that will be used by Uber, among others. There was also a complete mobility concept for smart cities. Source: Hyundai

How hot online berichtet, thanks to the “ThermoReal” set from Tegway, pain, heat and cold should soon be brought into the VR experience. The whole thing is implemented with thermoelectric generators, which should do their work well according to the linked hands-on. Nevertheless z. For example, if the feeling of cold was only caused on the forehead, forearm and wrist, the cold could not be precisely localized in the test. Incidentally, pain is caused by a rapid alternation of heat and cold. When are complete VR suits like in "Ready Player One“Is still pending.

Twitter is known as a short message platform on which everyone, from private individuals to organizations, companies and parties, to politicians, presidents and chancellors, all communicate in the same way: in the past only 140 characters, today with 280 characters. Answers are possible ... still! Because as part of CES 2020, Twitter presented new types of posts that can be made from spring this year: 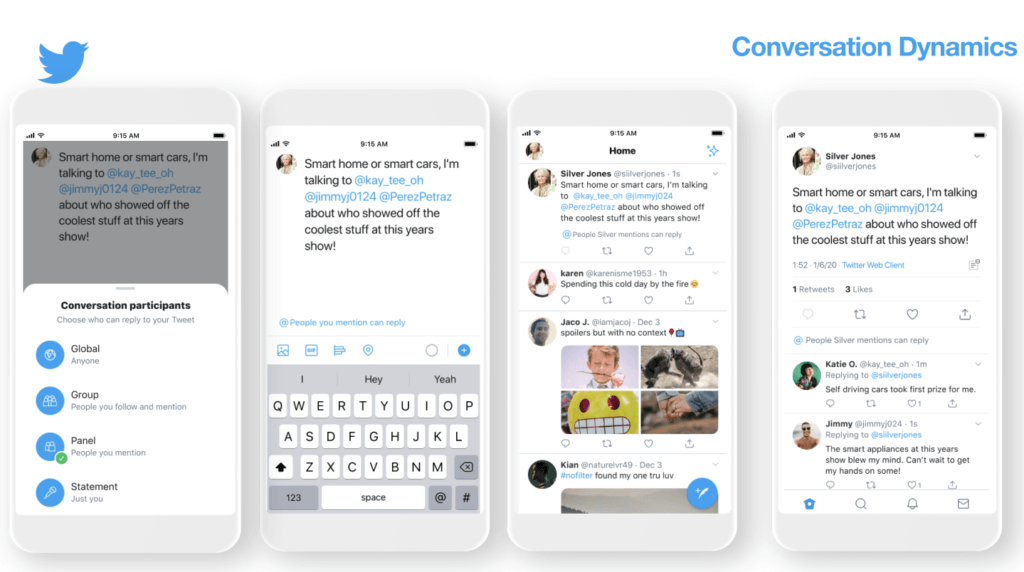 With statement, group and panel, new types of posts are to be introduced on Twitter - the previous form is then called global.

And much more - even potatoes!

I have you guys from the anchor publications made at CES 2020 already reported at this point. There are also new "Happy Hacking Keyboards" from Fujitsu (Shop / Amazon) as well as smartwatches, robots, e-bikes that drive over water, televisions without borders or with displays that can be rolled up, litter boxes with disease detection, smart bathroom elements and so on.

In the “Eureka Park”, the start-up area of ​​the fair, there was also the “Neurspud” to discover, a smart interface between smartphone and potato. A report on the not very serious gadget that was supposed to help the exhibitor Nicolas Baldeck with his job search, has golem for you. An overview of the tops and flops of CES 2020 has prepared heise online here.