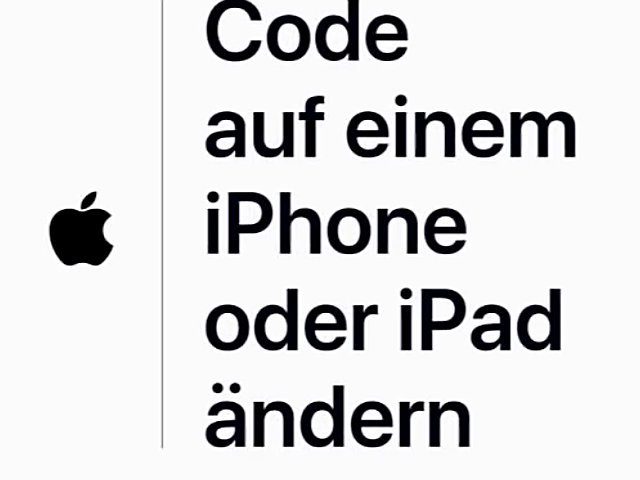 Auf dem Apple Germany YouTube channel there was recently a help video explaining how to change the passcode in iOS on the iPhone or iPad. It explains in text, images and spoken instructions how to change the iPhone passcode or create it first to protect the data on the device. In this article I have briefly summarized the instructions for you and also linked the video.

Change the iPhone passcode or set a code on iOS - with these instructions it is child's play.

In the video embedded below you will find an explanation of how to set and change iPhone passcodes under the current Apple iOS system, including animations, pictures and spoken instructions in German. If you don't want to watch a video, but rather work through simple bullet points, then I have the appropriate summary for you here.

Change / set iPhone passcode - this is how it works:

The access code is set under iOS on the iPhone or the iPod Touch and iPad so that not everyone can access the data, images, videos, contacts, media and settings stored on them. Every time the home screen is called up from standby, you will be asked for the passcode (in the standard setting). In the above-mentioned menu item, however, a time can also be set after which the query comes and in which the home screen can be activated from standby without a PIN query.

iPhone security: "Delete data after 10 login attempts" is not that dangerous

And here is the video recently uploaded by Apple, in which the whole procedure for changing the iPhone passcode is clearly explained again: