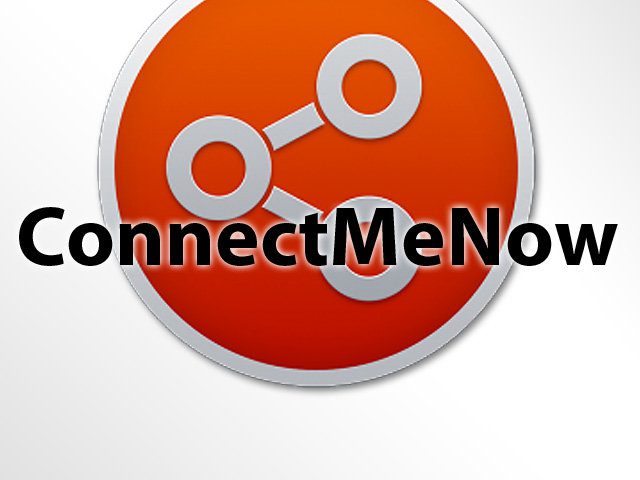 With the free ConnectMeNow software you can create direct access to network drives in the menu bar under OS X and macOS on the Apple Mac. The extensive program can be set up individually and fed with your own server, NAS and device favorites. Whether as an autostart or manually - thanks to ConnectMeNow you are connected directly to the network with just two clicks. 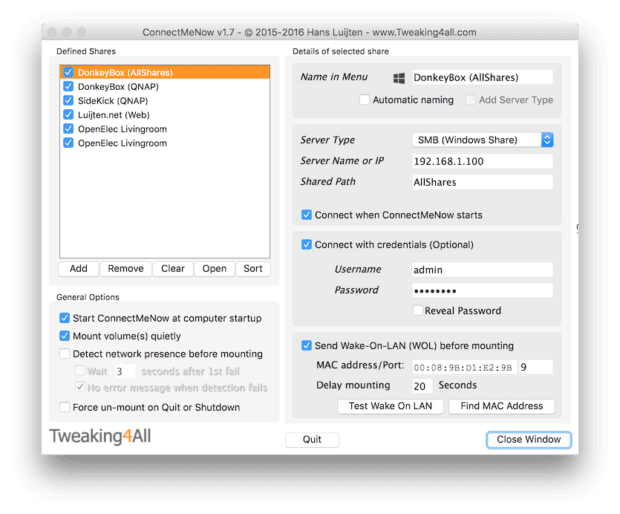 ConnectMeNow as a screenshot from the Tweak4All page. You can see the settings, server connections, smart home devices and other details.

You can find the free ConnectMeNow download on the Website of Tweaking4All. There is also a manual (in English) with all the important functions and operating instructions. For example, there is a list of the supported server types:

You can establish a connection by entering a server name or the IP. In addition, many other settings can be made. In this way you can individualize the direct access to network drives and with just a few clicks you can always set up the connection you need directly via the menu bar. 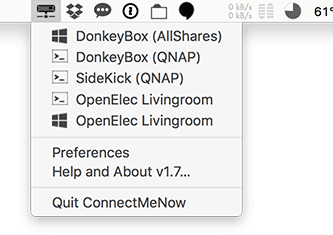 Access directly from the menu bar in Mac OS X or macOS. You are connected to the server, drive or device in the network / internet with two clicks.

You can also enter your login data and passwords for the various servers, NAS systems and other network devices so that you do not have to re-enter them every time a new connection is established. If you have also set ConnectMeNow to run when you start the Apple Mac, you are connected directly when you turn on the computer. This saves time and effort, whether for work in the home office, private data and device use or managing the smart home.

Notes from the developer

The developer states on the download page linked above that he wrote ConnectMeNow in the Lazarus Pascal programming language. Version 1.7.9, which was published in August 2016, is currently available. There is the following brief outline of the range of functions at the beginning and more detailed explanations further on the page:

"It can start with your login items, you can define multiple shares, it can mount selected shares at startup, or on demand, use login credentials if so needed, supports several protocols (SMB, AFP, CIFS, FTP, SSH, WebDAV), and it won't bother you when you're not using it."

I was recently asked by a reader why he cannot start the program. He would double-click it and then nothing would happen. This is because ConnectMeNow does not behave like a "normal" program, where a window with the program's settings usually opens. ConnectMeNow starts and is placed directly in the menu bar at the top of the monitor. There you will only find the small icon that you can use to open the ConnectMeNow settings or network connections.