Today - after a long time - I once again needed to create a QR code that contains a website address and should be printed on a flyer. My first port of call was Google search, because I thought there are probably numerous online offers that offer creation for free. Then you don't have to install any software on the Mac.

There are actually many websites that offer such online QR code generators, but they are all structured in such a way that you have to give your email address either to create or, at the latest, to download the graphic. If this is not the case, the web address of the generator is shown in the code or there are some other restrictions. However, the most popular thing is to ask the user for their email address.

Some websites would like you to create an account, but I'm not a fan of it. Most of the time, they also give out the QR code if you simply click the window away.

I didn't feel like doing that, because my mailbox is already full enough and has a number of unwanted advertising emails ready for me every day. I didn't want to send my email address any further.

Update: There are tools that create QR codes that do not need to be exchanged for e-mails for codes: QR Code Monkey and qr1.at are, for example, two of them that I just discovered while researching. And with the QR code generators that ask for the mail, you can usually click away the window and then the download of the code starts. So the world is not as bad as I thought it would be. ;-) 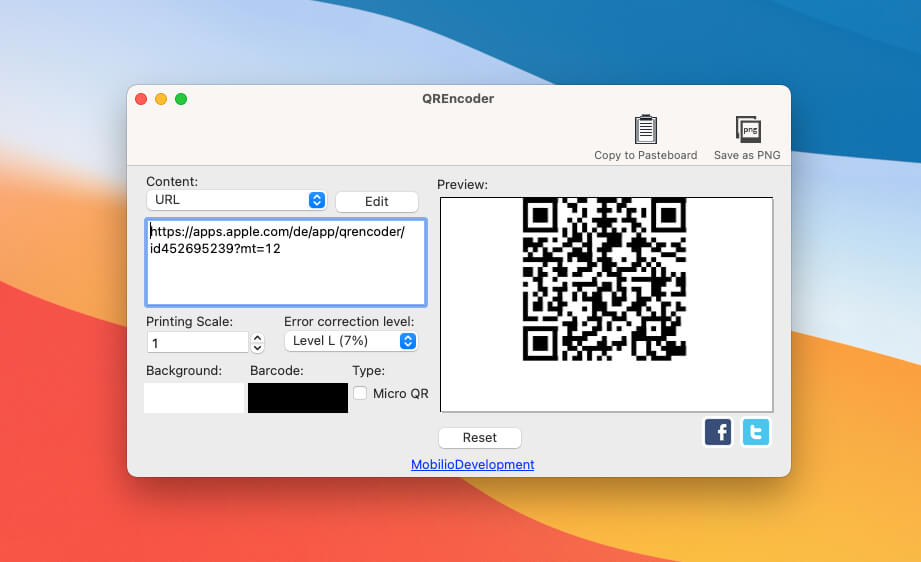 The Mac app QREncoder offers a clear user interface and dispenses with frills - but it works.

Tip: QREncoder for the Mac

Ultimately, I ended up with a tip, because I myself had a blog post years ago: The app "QREncoder“, Which can be downloaded from the Mac AppStore. The app is even offered free of charge by the developer Peter Nikolow.

Unfortunately, there have been no updates since 2012, but at least I can confirm that it works without any problems with my Apple Silicon MacBook Pro and macOS Big Sur. The appearance is not so bad that you think the software is from the last century.

Anyone who wants to look at or download the app will find it here. or via the following QR code. ;-)

Settings and code formats are manageable

The software does what it should, but it does without a lot of bells and whistles. So there are no design QR codes or anything like that. However, you can select the purpose of the code from a drop-down menu and use it to create a large number of different QR codes. There's even a setting that lets you create a tweet through the code. ???? 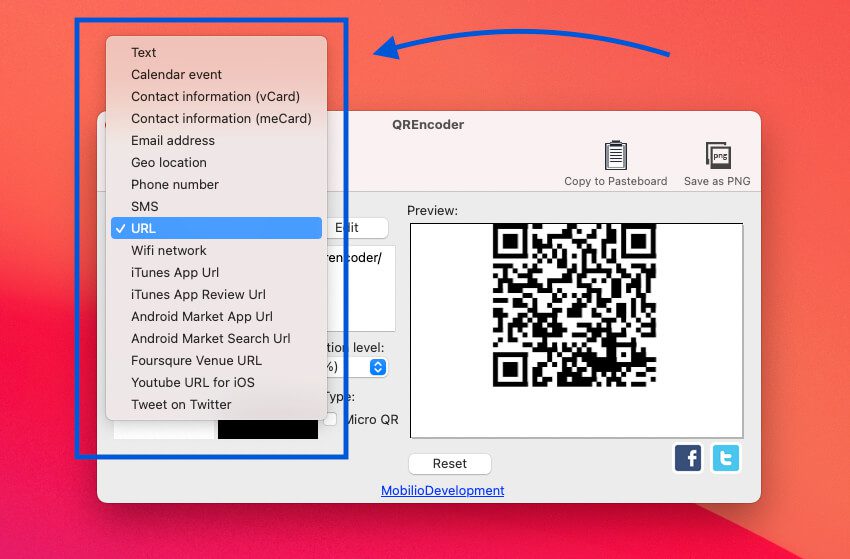