Create QR Codes with the Mac 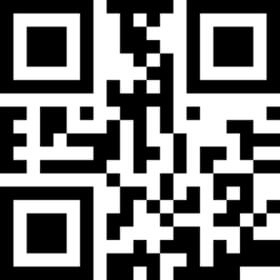 With the Mac app "QR Encoder" it is very easy to create QR codes with the Mac. (Graphic: itunes)

QR codes are slowly making the leap out into the "real" world. Meanwhile, some people already know what these strange boxes mean and a few even know that they can be read and interpreted with special apps for smartphones. But how are these QR codes actually created? There is, of course, software that does exactly that. You basically tell the software what information it should encode and you get a graphic that shows the QR code. To check the whole thing, you can then print it out and use a QR code reader (such as the QR code scanner Barcoo for the iPhone) look at.

QR code software for the Mac

The QR encoder is software that is quite easy to use. You enter the URL of a website and the QR code is delivered. But the APP can do much more than just convert URLs into QR codes: in addition to URLs, you can also encode phone numbers, SMS messages, geolocation events, WiFi network settings and contact information. In the Mac OS X app you can still change the background color and the color of the code, but in order to achieve a high recognition rate, you should simply choose the standard: white background, black code.

The QR code software has received 5-star ratings without exception and is free (at the time of my review).