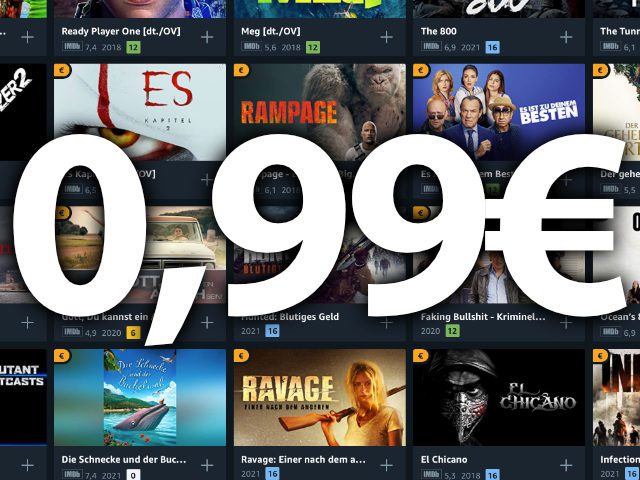 At Amazon Prime Video, Prime members are offered over 60 films at the weekend for a rental fee of 99 cents. Among them are sometimes more, sometimes less known strips. You can even stream some of them in 4K resolution. Definitely one of the better known Hotel Transylvania 3, Ready Player One, Es, Ocean's 8, American Pie, American Psycho, Reservoir Dogs or The secret garden. Some films are certainly suitable for the whole family (FSK 0, 6 or 12), others are more aimed at young people and adults (FSK 16 and 18). Here you can find the entire overview of the cheap loan titles.