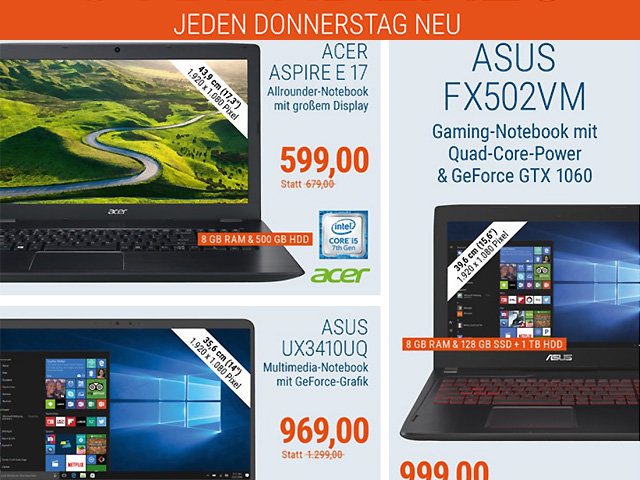 It's Thursday again and so there are attractive CYBERDEALS at Cyberport, the authorized Apple dealer with great service and many branches in Germany. The Cyberport CYBERDEALS bring you new devices every week at a great discount, so that you can sometimes save a few hundred euros when buying technology. In this post I would like to bring you closer to the deals from October 12th to 18th, 2017. There is also a 12,9-inch Apple iPad Pro! TL; DR: Click here to go to the offer page. 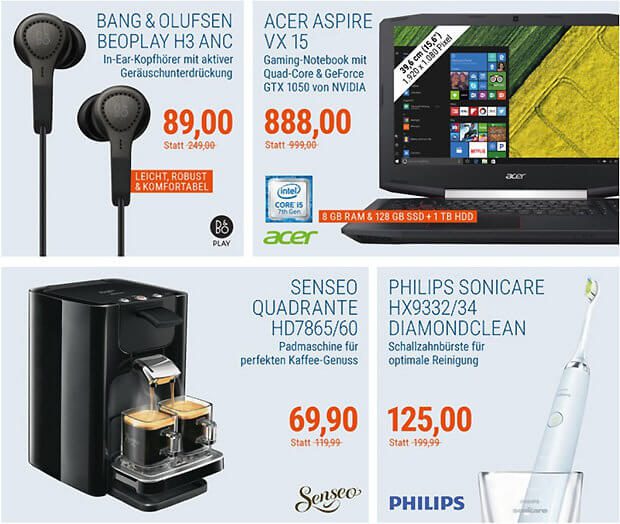 In addition to the Apple iPad Pro 2015, Cyberport CYBERDEALS this week will offer you many other technology bargains. (Image: screenshot of the supply page)

Very interesting household electronics are also part of the Cyberport CYBERDEALS this week. Among other things, the Senseo Quadrante coffee machine with the unwieldy designation HD7865 / 60 is offered in a reduced version. Instead of € 119,99, you will only be charged € 69,90. Philips is also selling the Sonicare DiamondClean electric toothbrush at a reduced price. What you Nerds and geeks but probably more interested are the laptops. Here is an overview of this week's Cyberport laptop bargains:

Information provided without guarantee; Spelling mistakes reserved. You can find details about the offers, prices and product details on the Cyberport CYBERDEALS website - here.