Dash robot from Wonder Workshop: this is how children learn to program in a fun way 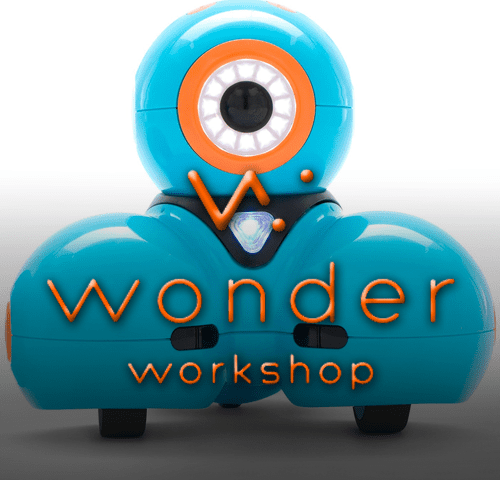 Anyone else Christmas present for the children looking to make this easy Learn programming can that should take a look at the Dash robot from Wonder Workshop throw. The Wonder Workshop Dash robot is programmed from the iPhone or iPad using a free app and is equipped with several sensors for ideal control. It is controlled via Bluetooth, the individual programming tasks grow with the children. A wonderful one Educational Toys.

You can easily buy the Wonder Workshop Dash robot online and give it away for Christmas. With the right apps, children can easily learn to program - there is the right program for every age (see below); Image source: Amazon

The Learning robot arrives completely at your home. Before you give it away, however, it may need to be recharged. The connection with the app can also be checked beforehand. This is how it is for the child or children Christmas straight to play, without long preparations. So: don't buy the Dash robot as a last minute gift;) 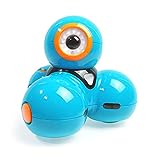 In addition to its many functions and the programming tasks of the app, the Dash robot also has two Lego connectors. With these, the robot can be expanded and converted individually. Especially those who use Lego technology or already use the Lego robot systems experimented, got a great extension here. For smaller children, the Dash robot can be a great introduction to the world of technology and programming; which is continued in adolescence with Lego technology. You can also find other Lego connectors buy here individually.

The Lego connectors or Lego adapters for Dash and Dot can also be bought individually. They ensure that the Wonder Workshop robots can be connected to Lego and that their areas of application can be enlarged; Image source: Amazon

Additional accessories for the Dash robot

If you give your children the Dash robot for Christmas, what will grandma and grandpa give? Exactly, the right accessories! There is a very creative selection of these, with which programming technical fine-tuning work is conveyed in a playful way. Use the movement of the robot head for ballistic functions? No problem with the Wonder Workshop catapult for the Dash robot!

Wonder Workshop catapult for Dash robots
Catapult for Wonder Workshop's Dash lets him throw balls in a targeted manner / After throwing a ball, it is automatically reloaded / With the free Wonder Workshop apps, the catapult can be controlled and the distance of the throws regulated. Katapult works with the Dash robot from Wonder Workshop.
29,99 EUR −2,65 EUR 27,34 EUR
Buy it at Amazon Price includes VAT, plus shipping costs (updated: 7.12.2021 at 22: 10 clock)

In addition to small mean attacks with flying balls, the Dash robot can also be used for the fine arts. With the xylophone specially developed for this robot, children can program it to make music. If you like it simple, you can use the xylophone display of the Xylo App, if you want to proceed more complicated, you can program the head movement to control the mallet supplied.

The Wonder Workshop apps for the Dash robot

There are several Wonder Workshop apps that different age groups can use to use the Dash. Here I have picked out the most important ones for you so that you can install them right away. Then when the robot arrives, all you have to do is unpack, connect and go:

Swift: Even more ways to learn to code

Robots are the ideal way for children and young people to see programming success immediately. In contrast to programs and apps, the focus here is on physical implementation and visible and tangible success. However, if you want to write programs, you should perhaps deal with Swift; the omnipresent programming language from Apple. Free of charge via YouTube tutorials does that work the same way with inexpensive booksthat you can also get (have) given to you for Christmas. In the linked article there is also a Swift textbook for children :)

Conclusion on learning to program in childhood

The mechanization of most areas of life is advancing and soon it will be very helpful if everyone has at least basic knowledge of programming. Therefore it is not at all wrong to get children in the mood for programming languages ​​and their logic. Almost every larger company also offers an app - so it would be only right to learn a little Swift as well. Both the corresponding books and the Dash robot from Wonder Workshop presented here are a good introduction for the next generation. Have fun and Merry Christmas!