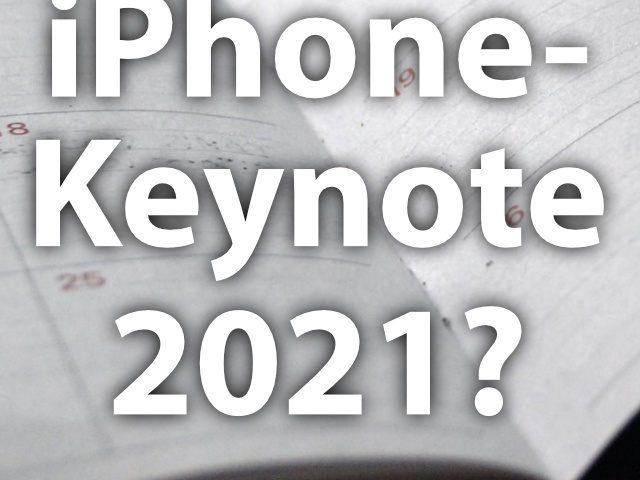 The iPhone 13 is almost just around the corner, and the guesswork around the date of the official presentation begins. What day is the Apple iPhone Keynote 2021? Some sources want this question already answered. Here one refers to Dan Ives, there to Jon Prosser. Both were right in Apple's predictions in the past, but both were wrong too. So is Tuesday, September 14, 2021, mentioned by both of them, worth an entry in the calendar? The day would at least fit into the previous sequence of Apple Special Events ...

Will the iPhone Keynote 2021 take place on September 14th?

Since the iPhone 5 in 2012, Apple has always presented the new smartphones in September. Usually there were also other devices such as Mac, iPad, Apple Watch, AirPods and the like as part of the keynotes. The data was last (except in 2020) in the first half of the month, which is why the current estimate is not that bad.

In addition, if it's not a WWDC keynote, an Apple Special Event is often held on a Tuesday. September 14, 2021 is a Tuesday and therefore fits perfectly into the pattern. What else could there be besides the iPhone 13: Apple September Keynote 2021 - All the products we expect.

Due to the Covid-19 pandemic, there was a large deviation from the previous pattern last year. There was a September video as a Keynote replacement, but it didn't show an iPhone. The new smartphones of the 12 series were only presented in October. And then there was another video in November.

Whether Apple is planning another big presentation for the iPhone 13, the Apple Watch 7, the new MacBooks and other devices or whether two to three release streams will appear this year over the autumn, that cannot yet be said. The date of the Apple iPhone Keynote 2021 could be September 14th, but maybe it will also be October 12th? We will see…

You can find a video on the topic with this link at cnet.