Day of the Tentacle Remastered: DOTT for iPhone, Mac and other Apple devices

The 1993 released by LucasArts as the successor to Maniac Mansion "Day of the Tentacle“Is one of the most popular adventure games, if not the most popular, of the early computer generations. With "Day of the Tentacle Remastered“The developer Double Fine (subcontractor of LucasArts) has visually upgraded the classic game and made it fit for new platforms. So in this post it is about the new DOTT version which ensures that you can finally give the C64, the old Macintosh or the MS-DOS computer to the museum - which of course I won't do, because my C64 with the 1571, the Compatition Pro and over 200 5 1 / 4 inch disks are sacred to me. ;-)

DOTT Remastered: One app download instead of seven floppy disks

Anyone who did not have a CD drive in 1993 or in the years thereafter had to go Day of the Tentacle from a total of seven HD floppy disks (14.000 kB). I can't remember how many floppy disks we used back then with the C64, but you certainly had to change floppy disks a few times before the adventure was solved. Now, however, the game has arrived in 2016 and is easily available wirelessly as a App Download offered. Day of the Tentacle Remastered is available for download from the Apple App Store for Mac and iOS devices: 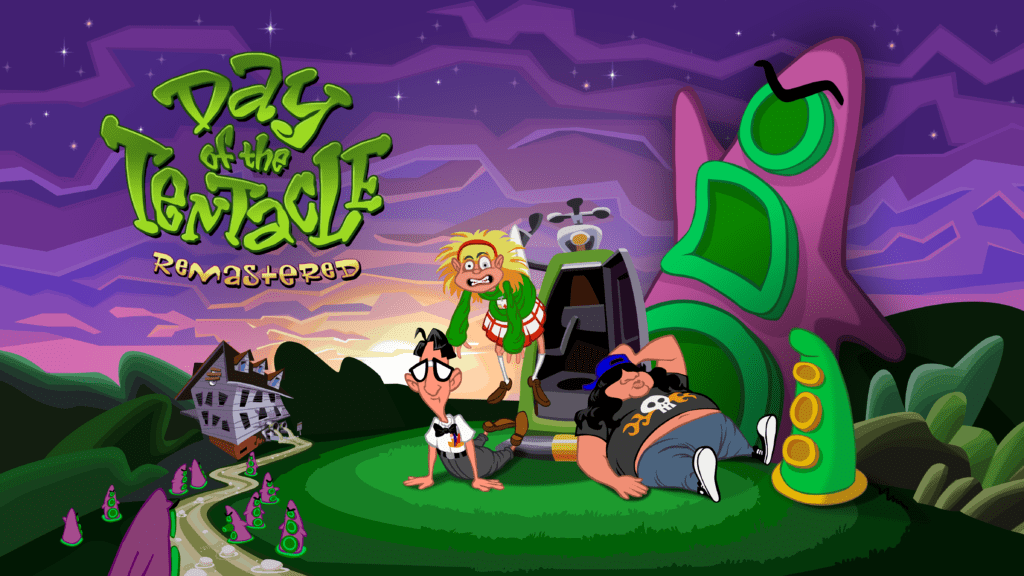 Day of the Tentacle Remastered is available as a download for many platforms - it is only not possible to download it for the C64. ;-)

The download brings the iconic point and click adventure onto the hard drive with a whopping 2,41 GB - which shows that we can look forward to great, detailed graphics! The description of the revised new edition says, among other things: "Players can switch between the "Classic" and "Remastered" modes at any time and combine sound, graphics and user interface in different ways. There's also a concept gallery and audio commentary from the game's developers!“- As a fan of the game you won't want to complain about the download size because of the additional amount of information.

Day of the Tentacle Remastered: Purple and Green Tentacles 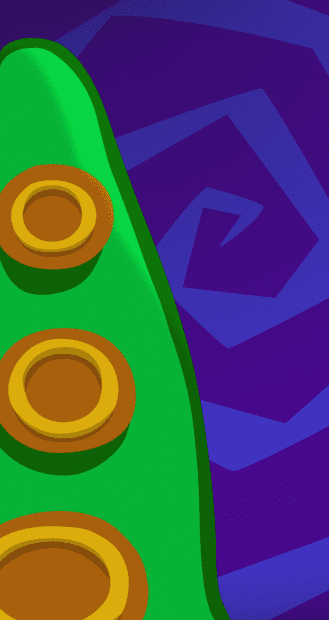 For all newbies who only found out about this game through the recent hype - or who simply didn't walk this world in 1993 - here's a little introduction to the story. Because for us nerds from Sir Apfelot, the adventure is Day of the Tentacle not only known, but also stuck in the head and heart from the times over 20 years ago. However, we also know that the game will also have a lot of new arrivals.

The story begins five years after the events of "Maniac Mansion", which was even built into Day of the Tentacle as a mini game. The mad scientist dr Fred Edison succeeded in an experiment to create two tentacle-like beings that live and think independently - the megalomaniac Purple tentacles and the fearful Green tentacles. The object of the game is to prevent Purple from his plans for world domination.

I don't know how many afternoons I spent with friends in front of the C64 to get this done. Remember that you couldn't just "google" the solution - as is the case today. Back then you often pondered for days in order to come up with the solution to a riddle that would then ensure progress in the ingenious adventure game.

Bernard, Hoagie and Laverne in the present, past and future

The player takes on the roles of the physics enthusiast Bernard, the roadie and metal fan hoagie and the student Laverne. You go to the property of “Dr. Fred ”, where they should actually only be sent one day into the past to stop the fateful experiment. However, it got there Hoagie 200 years in the past, Laverne is in the tentacle-ruled future (also 200 years) fixed and Bernard remains in the present. Objects can be exchanged via the time machine.

Day of the Tentacle Remastered: This is how the PAC adventure is played

How numerous Point and click games also, so be at DOTT Collect items, hold dialogues and solve puzzles. For example, in the past a bottle of wine must be placed so that vinegar is available in the present. Whether in the Original pixel graphics or in the 2016 HD version: the gameplay has not changed. The quirky graphics, which contributed to the hype about the game, have also been retained.

Day of the Tentacle: A Brief News Overview

This is what DOTT players say about the remastered version 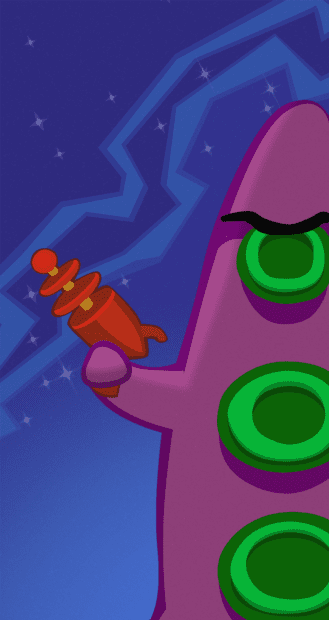 "The implementation for the iPhone is excellent, both in terms of graphics and playability. It's also good that the classic mode is optionally available at any time in terms of operation and graphics. The much-criticized German dubbing (taken from the original) is not that bad either! No question: 5 stars!“- Customer review on iTunes

"I still remember when I got my first computer in 1997 and my cousin installed Day of the Tentacle on it. It was the first point & click adventure I've ever played and now 19 years later I can enjoy it again. One of the best adventure games of all time.“- User opinion at Steam

Day of the Tentacle Remastered: Your opinion

Have you already loaded the app or are you playing? Day of the Tentacle Remastered rather on the PS or via Steam on a Windows PC? If you already know the game, you played it for the first time in the 2016 version; or did you only come across it through this report? Just leave your story, impressions and experiences in the form of a comment! I am always happy to read the C64 stories from other "C64 colleagues"!