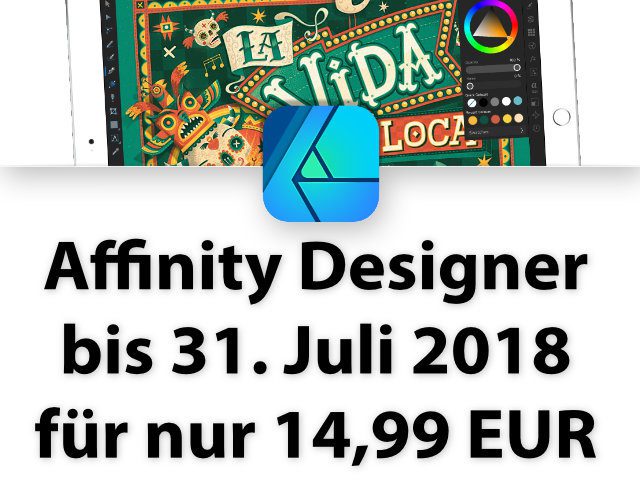 For the launch of Affinity Designer for the Apple iPad the developer Serif has set an introductory price of €14,99. Since yesterday, July 25, the standard price should actually apply; however, this was once again postponed until early August. That's why you have until July 31, 2018 to download and use Affinity Designer for iOS on the iPad / Pro / Air for just under €15. All details on features, download and compatibility with individual tablet models Cupertino can be found in the linked main article on the design app. Have fun designing!

Quote from the Affinity newsletter:

A few hours after it was published, our app was already number 1 among “Paid Apps” in over 100 countries worldwide and has already received several hundred 5-star ratings from customers, which really means a lot to us.
To celebrate this great success and to thank you for all your support, we are extending our discount of 32% for the market launch by another week!