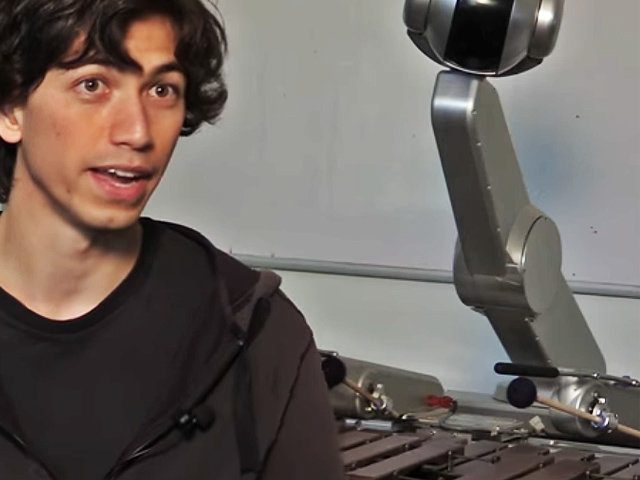 The Georgia Tech Center for Music Technology has already produced some amazing feats combining robots, music and artificial intelligence (AI). The current milestone is called Shimon, too Deep Shimon called. The robot Shimon analyzed around 5.000 pieces of music using deep learning and was fed further music theory and related practice. By networking this knowledge and ability, the four-armed marimba bot Shimon now creates his own pieces or completes incomplete compositions.

Shimon, or Deep Shimon, is a marimba bot that uses artificial intelligence to create music that sounds pretty good.

Deep ShimonAs the robot is mostly called in titles of YouTube videos, is only part of the great AI research at the Georgia Tech Center for Music Technology. In the field of cybernetics, an arm has also been created for drummers who only have one “real” arm. There was even a third cybernetic arm as an additional drummer prosthesis for even more adept play.

Shimon the robot has been acting completely independently since 2017. With a total of four arms, he implements his digital knowledge on a marimba. He can also play together with humans and theoretically with other robots and perform tasks such as "complete this piece of music":

Worth reading: Detailed article on the bot (English)

Deep Shimon: What is Deep Learning?

The additional name of Shimon, the musical robot, comes from the term Deep Learning. This deep learning is something that is inherent in living beings with a certain neuronal comprehension and processing ability.

Artificial intelligences use the process by linking information fed in, recognizing or creating connections, and then using the knowledge to create new things or to interact with the environment. Musical patterns, rules and processes are then used in the case of Deep Shimon to create new music. MIT's knowledge of the topic is there ..