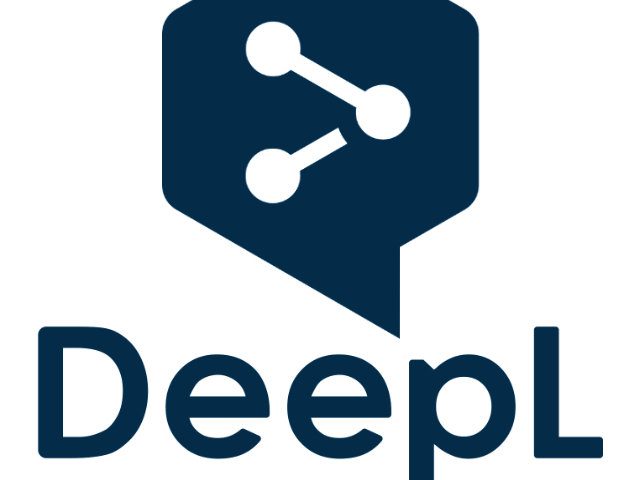 DeepL offers a translator for texts and a translation database called "Linguee" on its website. I contacted the provider of AI translation services through a comment on the Grammarly contribution caught on. The name of the service and the app alone show what is behind it: deep learning or machine learning. This ensures that the translator gets better and better and can translate texts in different languages ​​fluently into one target language. According to some test reports, the DeepL Translator is better than the Google Translate or the service from Microsoft.

The DeepL translator is available as a free web tool as well as in the pro version with CAT tool, developer API and so on. Details can be found here!

You can find the DeepL translator by on this link clicks. You can enter the text to be translated directly in the browser, copy it from a file and paste it there, or feed the text document straight away. The Office formats docx (Word) and pptx (PowerPoint) are accepted. ZDF, among others, tested how good the provider's translation service is as early as 2017 schreibt to:

heute.de fed the translation services of Google, Microsoft and DeepL with the Washington Post article on the election in Japan. […] DeepL worked best. The translation was fluent and correct. Even the subjunctive were recognized correctly. 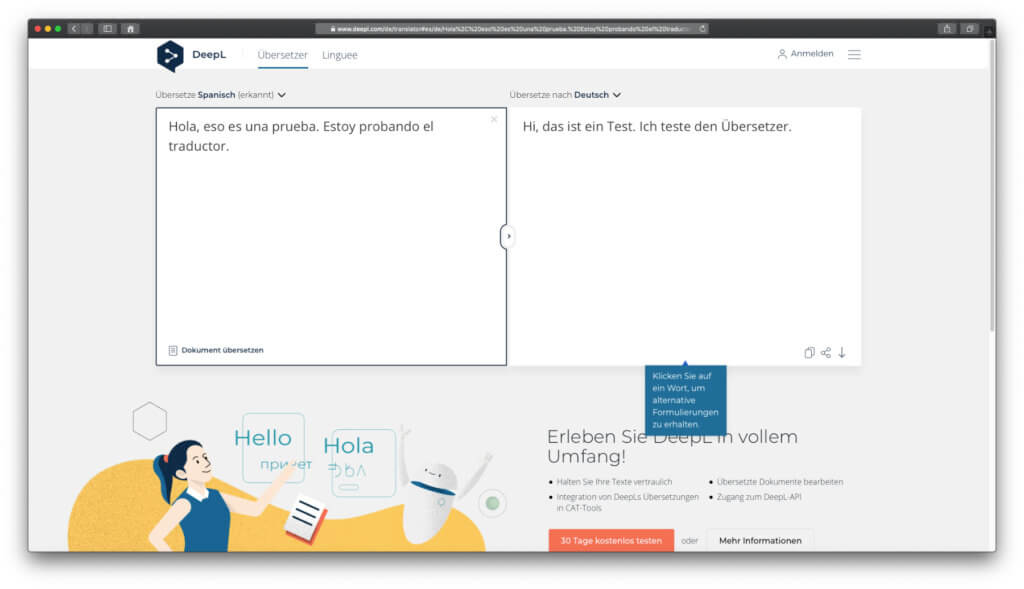 There are no problems with the translation of a language supported by DeepL.

The fact that the offer is good, but still limited, as in the test year and in 2018, is still true in 2019. In addition to German and English, the DeepL translator also offers French, Spanish, Portuguese, Italian, Dutch, Polish and Russian. In addition, entire websites cannot be translated for free - if you want that, you have to use Google. 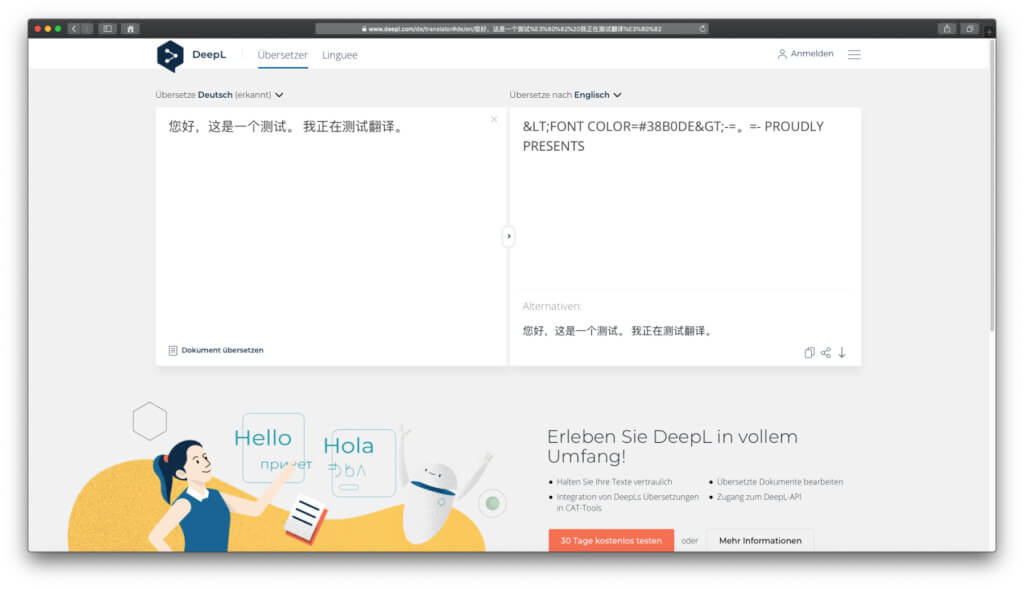 Since the offer from the DeepL translator is limited, he comes e.g. B. not clear with Chinese. Update March 20.03.2020th, XNUMX: DeepL can now also handle Chinese and Japanese;)

In the comment on the Grammarly article mentioned above, there is a hint that you can run the text translated with DeepL through Grammarly again for the ideal result. In this way, commas, stylistic improvements, etc. can be implemented. You could do something similar if you had a text translated from a foreign language into German; only that you then use the LanguageTool. You can find my LanguageTool test with this link. If you have to do with texts professionally and want to have your careless mistakes erased quickly, you should take a look. By combining the various "improvers" with the DeepL translator, you end up with cleanly translated texts.

In addition to the DeepL free version on the website linked above, there is also an offer for DeepL Pro. With the promise of “faster, safer, better”, interesting advantages are touted above all for companies and software developers. You can test it for 30 days free of charge. 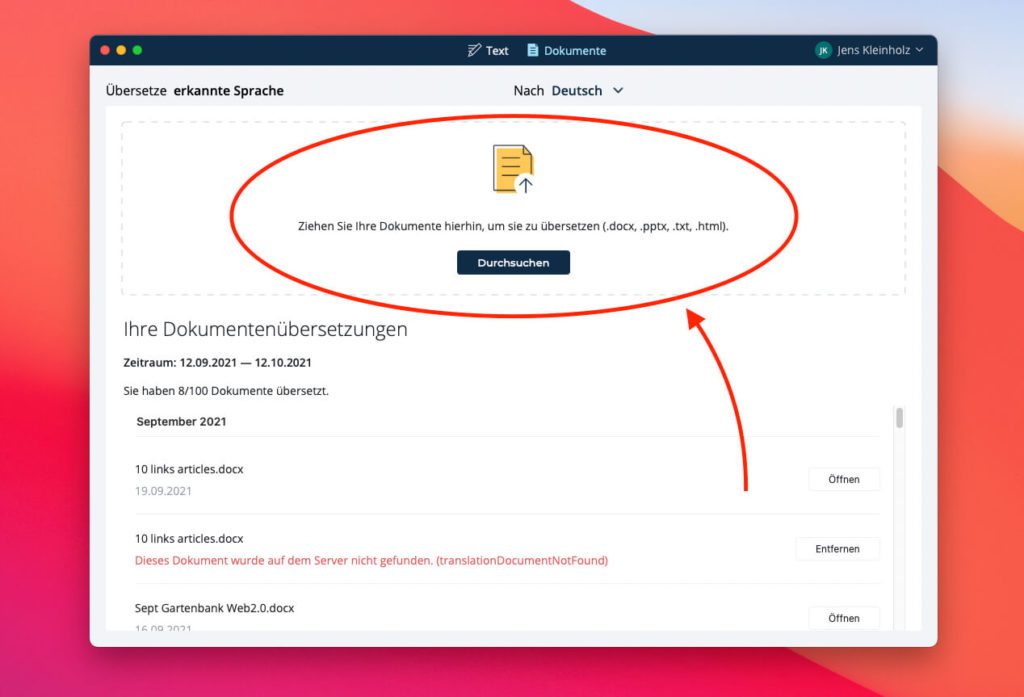 With DeepL you can even have a batch of Word files automatically translated and thus get all the formatting and layout of the original data.

One function that can only be used five times a month in the free version is the translation of complete files. This is my secret favorite at DeepL, because I often have texts that I get delivered in Word and that I have to translate. Now you think, it's not an issue, just mark the whole text and chase it through the DeepL translator - sounds easy, but the devil is in the details.

With this type of translation, all formatting in the document is lost. Pictures etc are not taken over either. That's why I'm so excited about file-based translation. Here you upload a bunch of files (in addition to Word, PowerPoint, text or HTML are also available) on the DeepL server and in a few seconds you get all the files back as a download - completely translated with all photos, formatting and whatever else was in the document . Just perfect!

How much the professional offer for machine translation of texts costs you depends on the model booked. The whole thing starts for developers at € 4,99 a month for API use. Individual users can book the starter package for € 5,99, the advanced offer for € 19,99 or the ultimate program for € 39,99 per month. The prices are valid for annual payment and become more expensive for monthly payments. There are also offers for teams, also with different payment models and staggered according to team size from 3+ to 20+ and 100+ up to 500+. Here you can get up to € 56,99 per user per month. 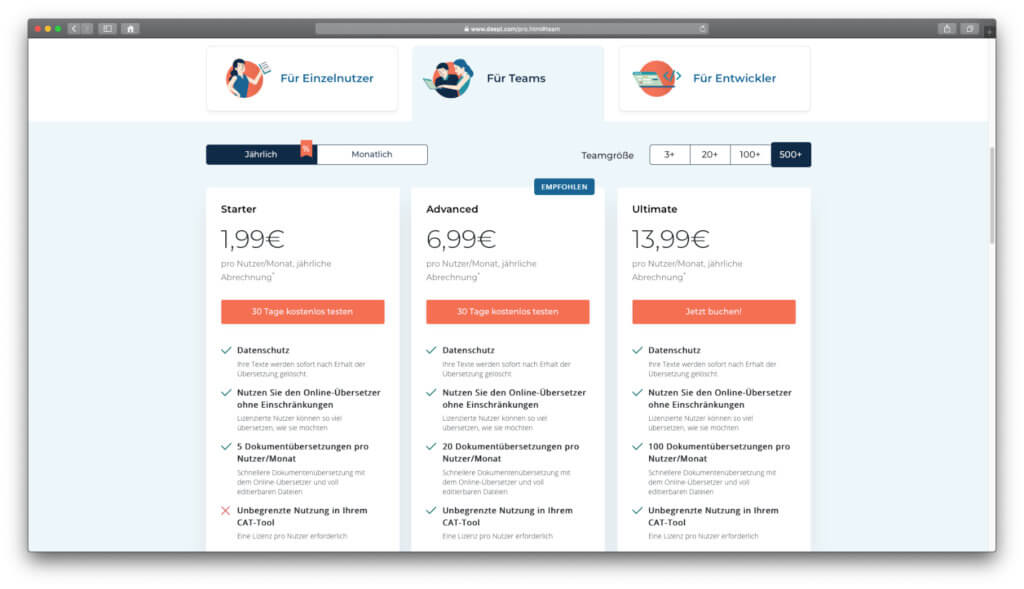 The prices for the Pro offer depend on the user, scope of use and payment model.

Conclusion on the DeepL translator

From the fast, free translation of a single text to the development of your own service or your own app that accesses the high-quality translations - a lot is possible with the DeepL Translator. It is true that not as many languages ​​are supported as with Google Translate; neural networks are used for this, so that the quality of the translated texts becomes better and better. In the end, it shouldn't even be noticed that no human translator was at work. This also helps those who simply want to translate messages, blog entries, messages from Twitter or Facebook, instructions or recipes into their language without errors. What do you think? Feel free to leave a comment;)