#deletefacebook and #deletewhatsapp - what do you think? 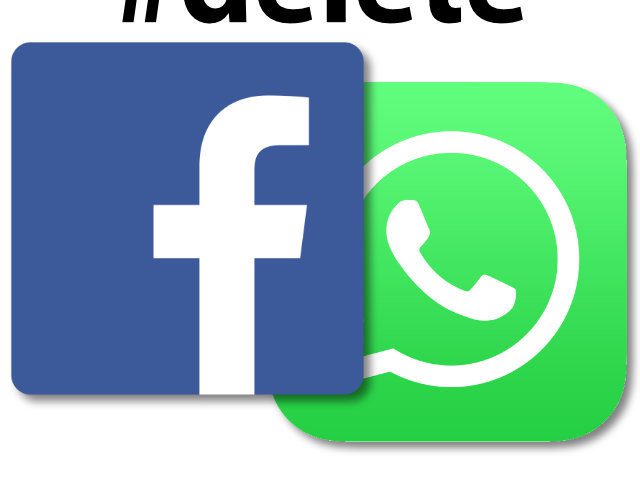 Scandals related to data misuse, as most recently allegedly operated by Cambridge Analytica, repeatedly lead to negative reports about Facebook. But also the question Is WhatsApp illegal? recently caused data debates about the Facebook group, to which WhatsApp Inc. has been part since 2014. This is why users, data protection activists and former employees of social networks and messengers are currently making calls like #deletefacebook (delete Facebook!) And #deletewhatsapp (delete WhatsApp!). What do you think about the topic - should and can you simply delete the accounts and say goodbye to the communication tools?

Delete Facebook as a call to delete the user account in the social network is currently making the rounds. The same thing happens with WhatsApp Messenger. What do you think of #deletefacebook and #deletewhatsapp?

What's going on there?

A few days ago it emerged that the data analysis company Cambridge Analytica, with which Facebook worked, allegedly embezzled data from around 50 million users. That should have happened four years ago. In addition, the data is said to have been used during the election campaign of Donald Trump in 2016, such as CNET reports. Facebook and founder Mark Zuckerberg portray themselves as victims in the affair; but there are also dissenting voices. Basically, it doesn't matter to the user, as the data can no longer be viewed as secure either way. That is why Brian Action, the founder of WhatsApp, called on his followers via Twitter to delete their Facebook accounts:

There is a comprehensive commentary on the subject from Arwa Mahdawi on the website of The Guardian. Here, however, not only the personal opinion of the author is presented, but reports and sources are also named that deal with the topic in a factual manner. For example this Guardian reportwho once again shows in detail the relationship between data theft and the Trump election campaign.

Mark Zuckerberg, Facebook as a teenager, was quite unsure of the whole topic, or perhaps just overwhelmed without data protection ambitions brought into being. In a recent interview he said so reports iFunthat he is not sure whether the social network should not be regulated by the state. There are more statements from Zuckerberg in his post on the subject as well as in this interview, in which he describes the case from his point of view and shows the internal consequences that result from the case:

My relation to #deletefacebook and #deletewhatsapp

I have to say, I'm also about to delete my Facebook profile. The fact that you have already stored your data there anyway and that it will certainly be used there in the long term makes me doubt the effect. To do this, WhatsApp would have to be deleted as well, because it is obvious that the data is shared here, and despite repeated assurances by Mark Zuckerberg, it can still be proven. By deleting the individual accounts, at least future data would no longer be available.

In view of the two providers, I could do without Facebook without any problems. I hardly use that anyway. But WhatsApp is a communication channel that has now taken the form of a telephone number. For my children's leisure activities alone, I am in five WhatsApp groups. If you are not there, you will miss appointments, cancellations and much more. Facebook users may also have the same experience, having found an exchange with others in individual groups that they would miss without the platform.

So my question to you: How do you deal with the call #deletefacebook? And how useful do you find the #deletewhatsapp call?