Development of Apple: When will Tim Cook withdraw and who will follow? 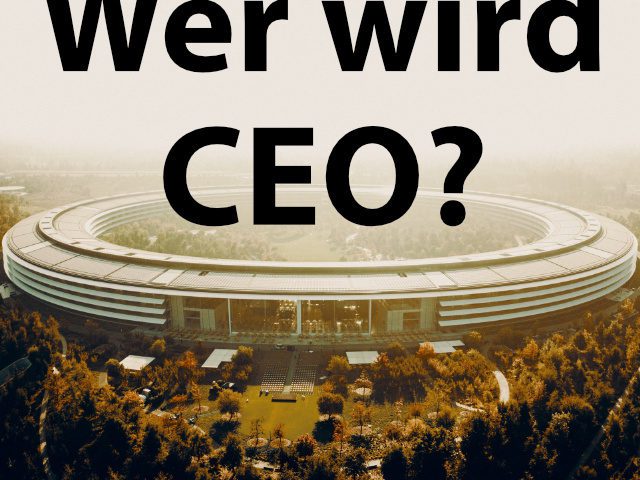 Only recently did we show that Tim Cook is already Apple CEO for ten years is. In various interviews, he has also indicated that he will not sit in the company's executive chair for another ten years. In addition, there has been rumor for a long time that his withdrawal will only make sense from a financial point of view from 2025, because only then will he be able to benefit from the full share compensation that he is entitled to as CEO after a certain period of time. New information from Bloomberg now provides information about a possible roadmap and Tim Cook's ultimate goal at Apple: the presentation of a VR or AR product. But who will sit in the boss's chair afterwards?

If you put various information and rumors together, Tim Cook could say goodbye to Apple's executive chair in 2025. According to Mark Gurman from Bloomberg, there are several names in the room as possible successors.

When Apple co-founder Steve Jobs left his position as CEO in 2011 for health reasons, he handed it over to Tim Cook, who had been with the company for 13 years. Since then, he has been leading the giant technology company not only with the movement from products to services in mind, but also with a focus on finances and, last but not least, new VR and AR products.

Tim Cook repeatedly emphasizes the importance of augmented reality and virtual reality. This now leads to the assumption that he will only retire as Apple CEO when he has been able to present a corresponding device for end users. In addition, the aforementioned share remuneration must be observed. Mark Gurman sees it similarly in a current issue Bloomberg article.

Candidates who could replace Tim Cook

In the linked and quite long article, Gurman names a few people from Apple's top ranks who could occupy the boss's chair. Some of them are relatively “newcomers”, others are more than qualified. Names that are mentioned are: Kate Adams, Eddy Cue, Craig Federighi, John Giannandrea, Greg Joswiak, Sabih Khan, Luca Maestri, Deirdre O'Brien, Johny Srouji, John Ternus and Jeff Williams.

The latter knows his way around the most, overlooks most of the different areas, was already known as a leading figure under Steve Jobs and is also a confidante of Cook. However, Williams is only three years younger than Cook. So if a long-standing leader is being sought again, then the age argument could speak against Williams. Tim Cook is currently 60 years old, so he would be 2025 years old by the rumor that he would be leaving in 64 - and Williams would already be 61.

Steve Jobs: The Authorized Bio of the Apple Founder