Dice +: The digital bluetooth cube for iPad board games 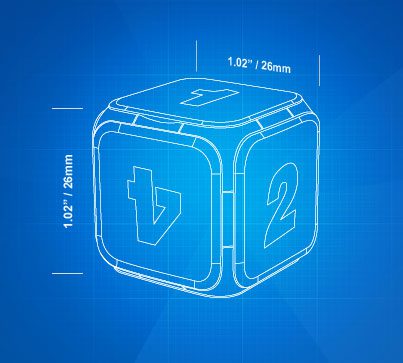 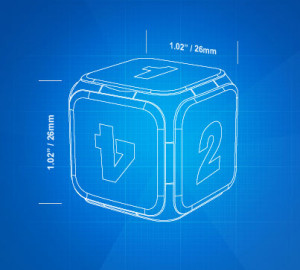 The Bluetooth cube Dice + is supposed to make board games on the iPad more interesting (Photo: dicepl.us).

Now that a number of board games such as Monopoly, Carcassonne, Catan and the like have found their way onto the iPad, it was only a matter of time before a cube came along that "served" these games. With the Dice + A Bluetooth cube has now come onto the market that aims to fill this gap and improve the gaming experience. With an edge length of a good 26 mm, the Dice-plus is slightly larger than the usual dice that come with board games. This may be due, among other things, to the technology that is built into it, because the numbers rolled also light up.

Currently the price for the cube is 40 EUR, which is of course not a sticky stick if you consider the price of "normal" cubes. A current problem is still that the cube needs apps that interact with it, because this is not a game "inherently". In order to bridge this initial phase until large manufacturers have built a cooperation with the cube into their apps, you can find one in the app store Game collection for Dice +that you can get started with right away. This app is available for free and features nine games such as backgammon and a few others that had to be renamed so as not to infringe a trademark. But surely everyone knows the game in which you have to bring your 4 pieces "home" and you can throw out other pieces on the way.

The technology built into the Dice + cube is impressive!

The cube uses Bluetooth Smart technology, which means that although it is particularly energy-efficient, it is only compatible with iOS devices that support this standard. This is the case with the iPad mini, the iPad 3 and 4, as well as the iPhone 4s and newer models. The cube can be recharged via a micro-USB cable, but according to the manufacturer it should last a good 20 hours of gimmicky before it needs to be recharged.

There are also points of criticism from some people - from my point of view not entirely unjustified: What do you do if a game requires 2 or more dice, for example? What do you do when you want to play board games that need dice with more or less than six faces? There are dice for role-playing and other games that are based on the platonic solids: tetrahedron, hexahedron (cube, cube), octahedron, dodecahedron and icosahedron ([see also school cube-> school cube]). That would have to be solved somehow by the manufacturer.

For now, however, you should get along well with a Dice +, because there are already 9 games that work with it. Unfortunately, the cube is currently only available directly from the manufacturer, who sends it to Germany for 5 EUR postage.

Here is a little video that shows how to use the dice in backgammon, for example: