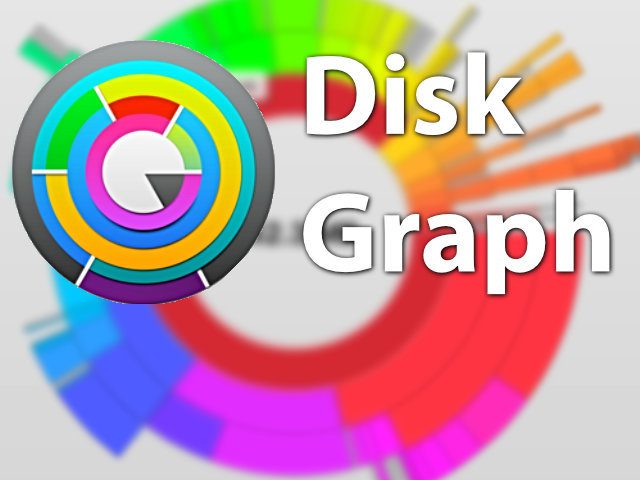 Disk Graph is an app developed by Nicolas Kick for macOS on the Apple Mac, iMac and MacBook. With the software you can analyze the hard drive usage of your Apple computer in more detail than via the apple menu (Apple -> About This Mac -> Hard Drives). You will find details about the program, alternatives and ways in which you can rid your hard drive of garbage in the following.

The Disk Graph app is made for Mac computers from OS X 10.7 and higher with 64-bit processors. It shows you the hard disk usage in ring form and with different colors. Each color stands for a specific type of file or file format. The software, which once cost EUR 3,29, can currently be downloaded for EUR 2,29. In addition to internal drives, other hard drives and memories that are in the Finder can be called up - in addition to external HDDs or SSDs connected via USB, these can also be servers. To see which "fragments" of the circle represent which files and formats, you just have to move the mouse over them and an info will appear.

You can download the Disk Graph app from Nicolas Kick in the Apple App Store for Mac OS X and macOS as well as via this link:
[appbox app store id697942581]

Automatically clean up your hard drive with no risk

The Disk Graph app as well as the apple menu and alternative programs such as Daisydisk (10,99 euros) or Grand Perspective (2,29 euros) show you whether documents, music, films, pictures or maybe applications keep your hard drive in check, block the memory and make the system slower. This gives you a good idea of ​​the directories in which you can clean out if you need more space or more power on your Mac. Alternatively, you can also get smart cleaning programs like CleanMyMac. An extensive test and experience with CleanMyMac 3 can be found in this post.

CleanMyMac has the advantage that you can quickly clean various corners of the hard drive with the program's “smart mode”. Above all, superfluous garbage data and program scraps are sorted out so that you don't have to worry about important files and data. Manually sorting junk data and important files is probably one of the main reasons why many users fail to clean up their hard drives on a regular basis and keep them efficient. With the smart mode you can carry out cleaning actions in the memory without any risk - that will give you a "better picture" in the Disk Graph app in the truest sense;)