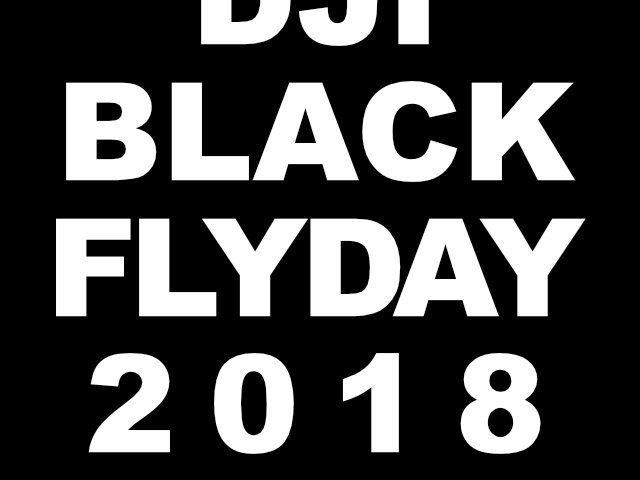 There are still much more than 2018 hours until Black Friday 24 - DJI will tell you exactly how much on the "Black Flyday" promotions page, on which you can already receive coupons for special discounts and buy your new DJI drone at a low price. In addition to Mavic 2 Pro, Mavic Air, Spark, Mavic Pro Platinum, Ryze Tello in the booster combo and the DJI goggles, you will also find the smartphone gimbal Osmo Mobile 2 and the DSLR gimbal Ronin-S cheaper on the Black Friday promotion page . There are also numerous accessories.

The DJI Black Flyday 2018 ensures that you can buy your new drone cheaper during Cyber ​​Monday week. You can find information and the link to the campaign page here.

Up to 18% discount on DJI drones for Black Friday

On the DJI promotion page linked above, you can view the individual offers, discounts and deals relating to the product range of the drone and camera stabilization experts. For example, the DJI Mavic Air is offered with a € 100 discount for € 749 instead of € 849. The Ryze Tello camera drone, which DJI was also involved in, is available in the "booster combo"  useful accessories for 129 euros instead of 159 euros. The standard version of the mini drone only costs 99 euros.

The DJI Mavic Pro Fly More Combo is also available for 1.299 euros instead of 1.517 euros. But you shouldn't just stop by the promotion page until tomorrow at 23:59 p.m. - once the countdown has expired, there are sure to be more offers, especially for Black Friday. Or as the drone market leader from China calls it: Black Flyday.

In the DJI Store you will not only find drones and gimbals for cameras or your cell phone, but also the right accessories. Backpacks from National Geographic, OnePlus or Manfrotto, for example. Also memory Cards from SanDisk, skins from PGYTECH and Steelseries Nimbus Controller are among them. There are also robust cases for transporting drones, batteries, cables, controllers and everything else you need on the photo and video safari. All Deals for Drone, Gimbal, Case, Bag, Controller, Memory Card and so on can be found on this promotion page from DJI.