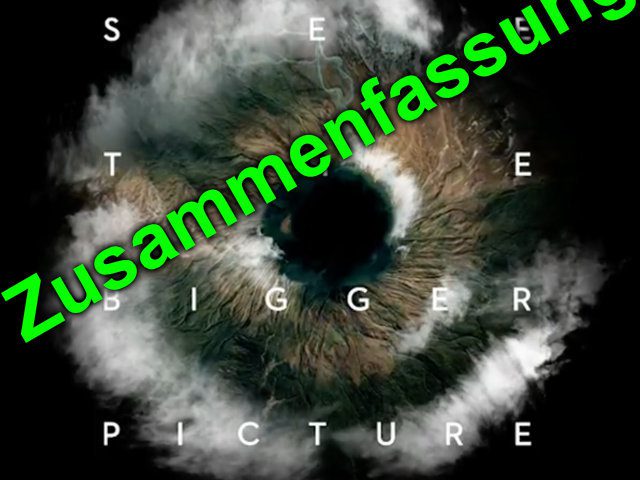 The DJI event for the presentation of the DJI Mavic 2 Pro and the DJI Mavic 2 Zoom took place as planned (in the second attempt) on August 23, 2018, at 16:00 p.m. Central European Summer Time. It was 10:00 am in New York City, USA while all visitors and viewers of the live broadcast were waiting; because the beginning was postponed by a few minutes. But then the presentation started and Michael Oldenburg, Product Communication Lead at DJI, took the stage. As the only DJI employee and with the support of end user Jimmy Chin, he presented the two new camera drones.

The DJI Mavic 23 Pro and the DJI Mavic 2018 Zoom were presented at the DJI event on August 2, 2. Details, data, features, test experiences, price and accessories can be found here.

Both the new Pro version of the drone and the Zoom Edition with the new "Dolly Zoom" feature are now available in the DJI online shop. There is also that for both Fly More Kit, which replaces individual "Fly More Combos" and can be purchased in addition to the standard version of the individual drones. For some, the new specs and functions are certainly nothing new - Michael Oldenburg also said this self-deprecatingly about the early published data and images of the new camera drones from the world's largest manufacturer. But if you want to find out more about the details or want to buy the devices directly, here are the links to the shop: 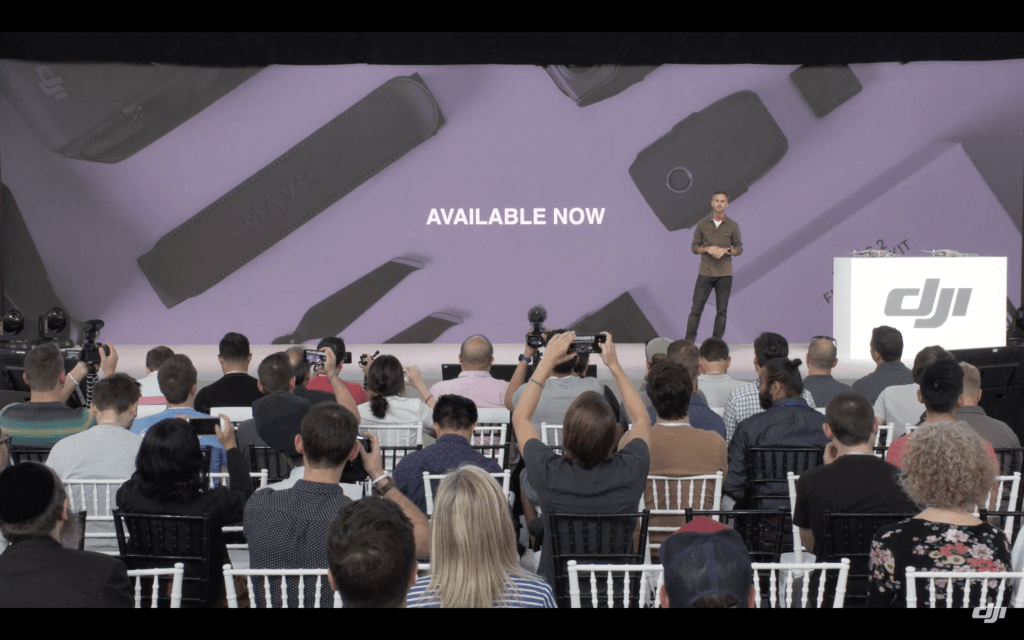 For the development of the DJI Mavic 2 models, the manufacturer has taken on the criticism and wishes of creative professionals and other professional users of the camera drones. Both film people who wanted more professional features and photographers who wanted better composition possibilities like with a DSLR camera were heard. That is why the new drones are primarily designed for creative people and for use in productions that are almost Hollywood-ready. This is reflected, for example, in the new "Hyperlapse" mode, which uses GPS and altitude detection to capture the same scene with tracking shots in time lapse not only in one piece, but also at different times and thus different lighting conditions. 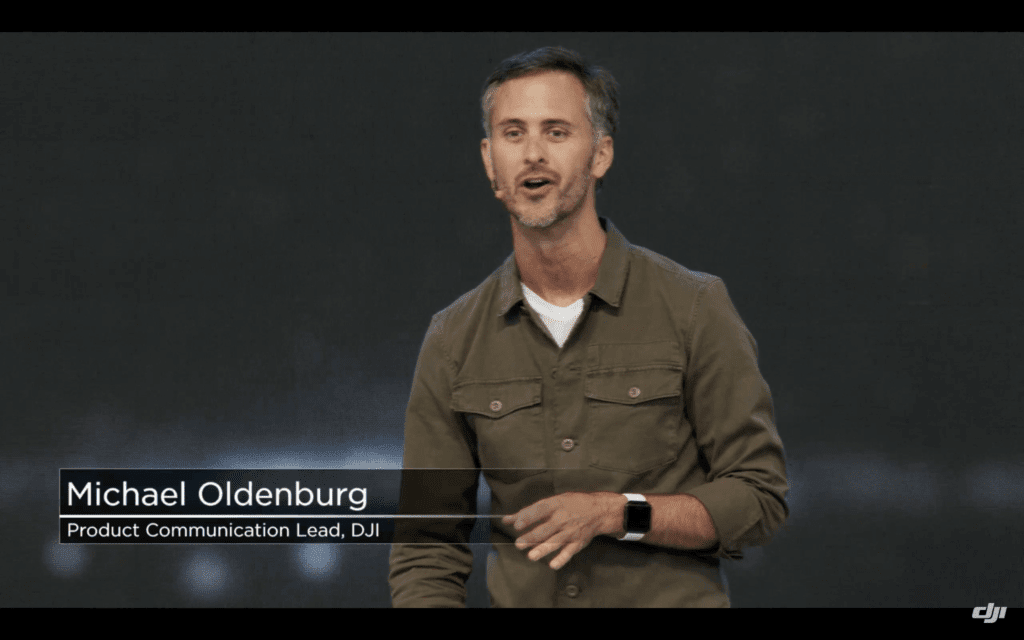 The DJI Mavic 2 Pro comes with a lens and a sensor from Hasselblad for better recordings and ideal image processing in a wide variety of lighting conditions. With the improved camera and an improved gimbal, much more dynamic images are possible, even at sunrise and sunset. In addition, users have access to the Hasselblad color palettes in order to reproduce natural colors as well as possible. Added to this is the use of the H.265 codec with enhanced HDR and a 10-bit channel, which offers significantly more options than the conventional 8-bit channel. 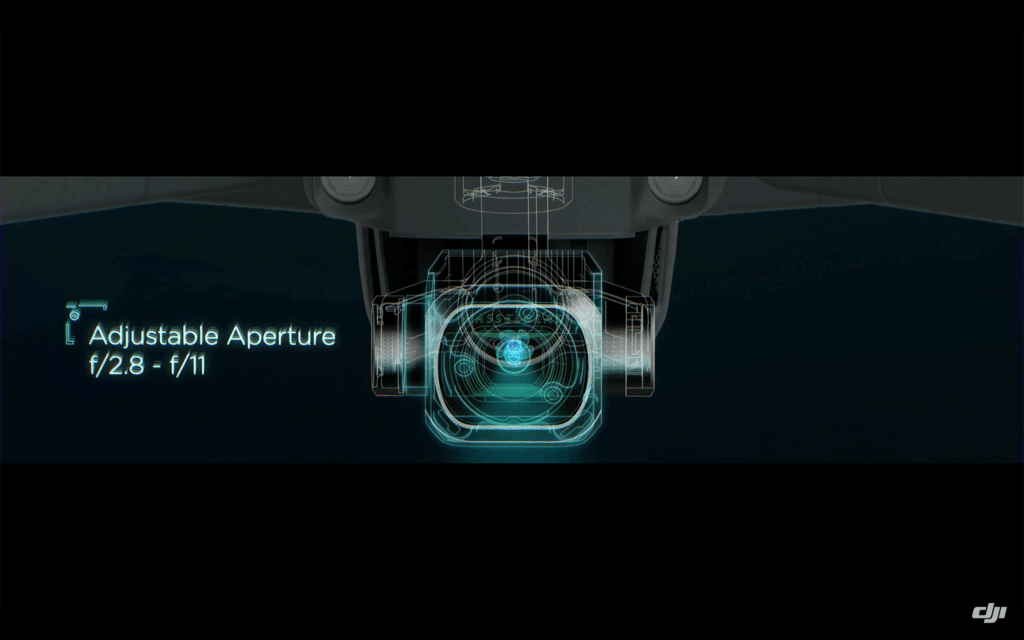 The DJI Mavic 2 Zoom offers, as the name suggests, an optical zoom. In addition, there is a double digital zoom, which makes it even easier to “bring in” objects. Of course, the image quality is reduced when zooming. If you use the digital zoom, you should perhaps "only" film in 1080p Full HD, as you zoom in from 4K to FHD. In addition, there is also a better, cinematic film depth, which results from the 48 mm lens. This is particularly important for panoramic shots with objects in the foreground. 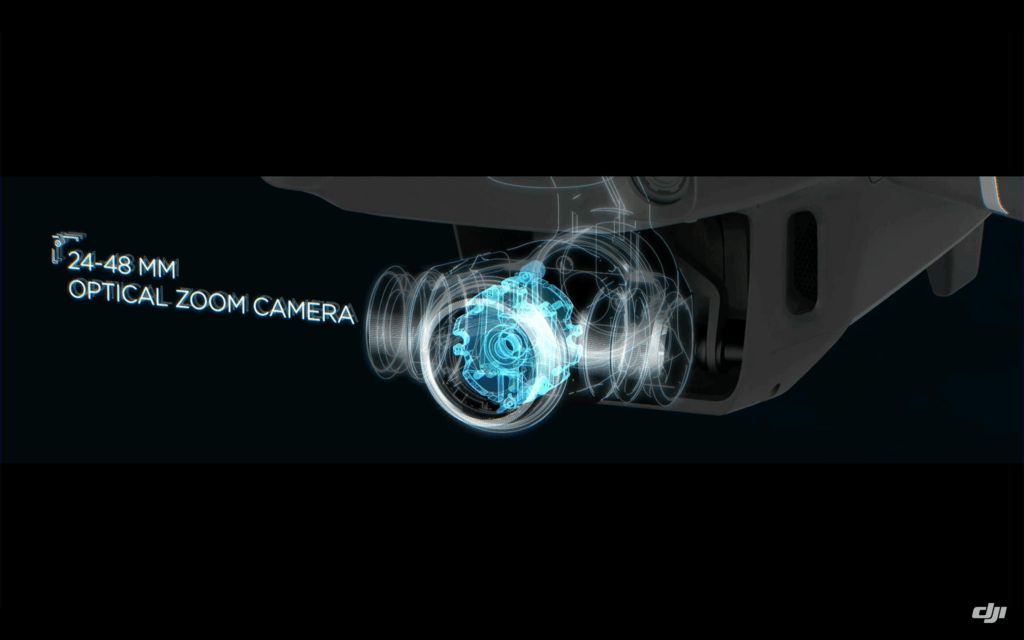 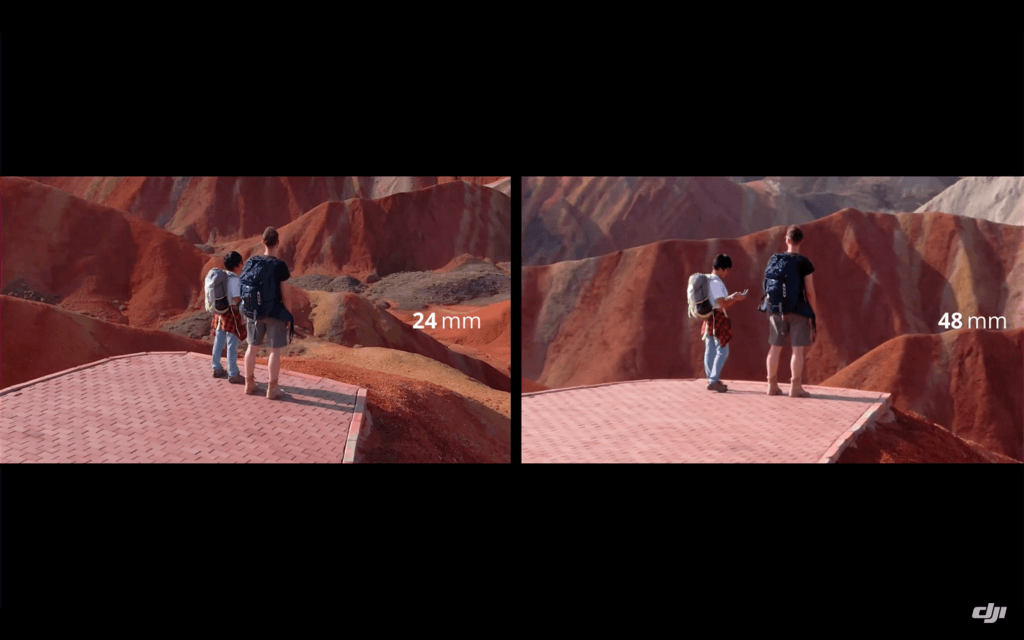 Let us now briefly take a closer look at the new features. (If this post still seems too messy to you, then be patient. The individual posts, the technical data and more structured articles will come next week;)) Let's start with the four modes for the Hyperlapse, i.e. the time-lapse with the DJI Mavic 2:

At the DJI event in New York to introduce the new DJI Mavic 2 product range, a feature was also presented that could already be seen in the trailer that was previously published: the dolly zoom. With the same, the central object or the person remains the same size while the background (or foreground) is zoomed in / out. This creates tension and, depending on the scene and the use of the technology, highlights various visual or narrative aspects. 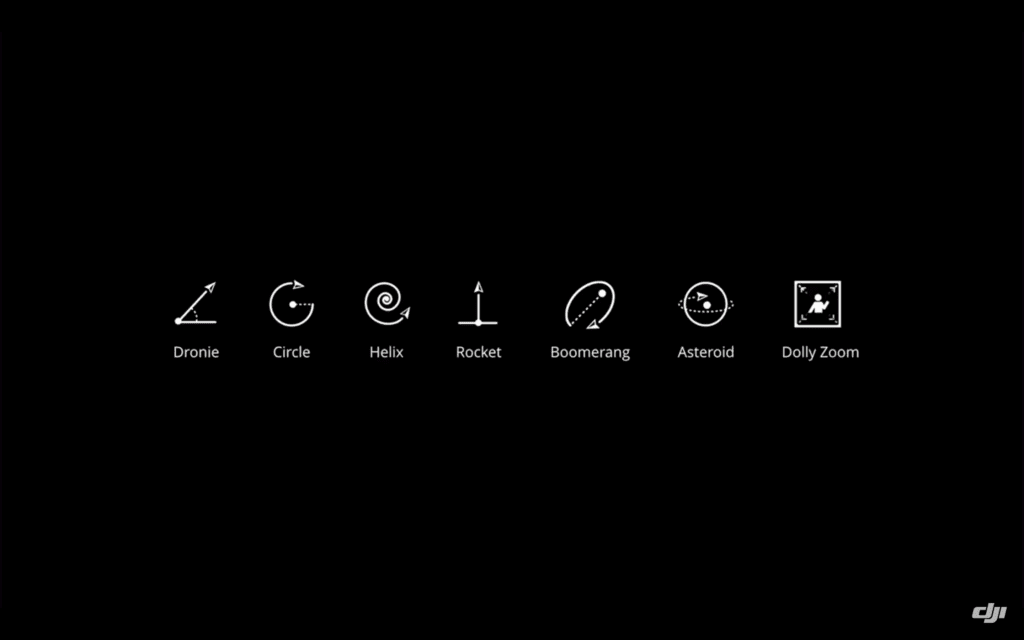 The DJI Mavic 2 drones now have 10 sensors and cameras, apart from the main camera for film and photo recordings. These and even better processors in the drone ensure that the ActiveTrack function has been improved in real time. The drone now recognizes obstacles even faster and can predict the following movements and maneuvers for up to 3 seconds using 3D models of the environment created in real time. In this way, objects that just disappear behind large obstacles can be tracked. 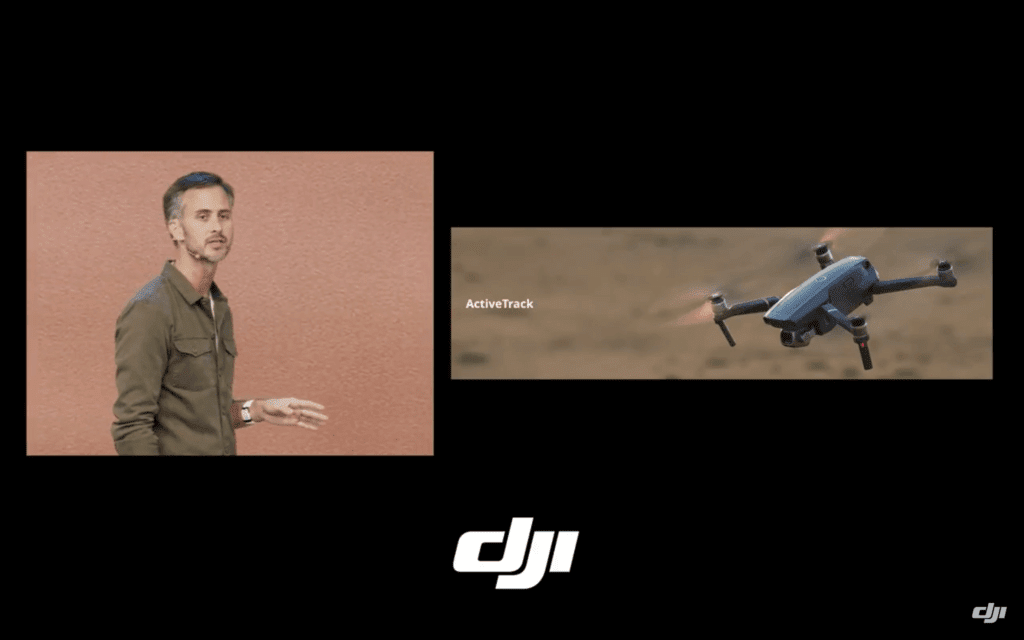 Other improvements include, for example:

Jimmy Chin is a climber, skier, photographer, and filmmaker. He works for various magazines and companies - including The North Face and Apple. In the past, he always had to use expensive equipment or expensive CGI on photo tours and film productions in order to achieve the effects he wanted for his photos and films. In a test of the DJI Mavic 2 models in Greenland, however, the camera drones convinced him - in their flexibility with low weight, in their reliability at low temperatures and with the features and functions they offered. 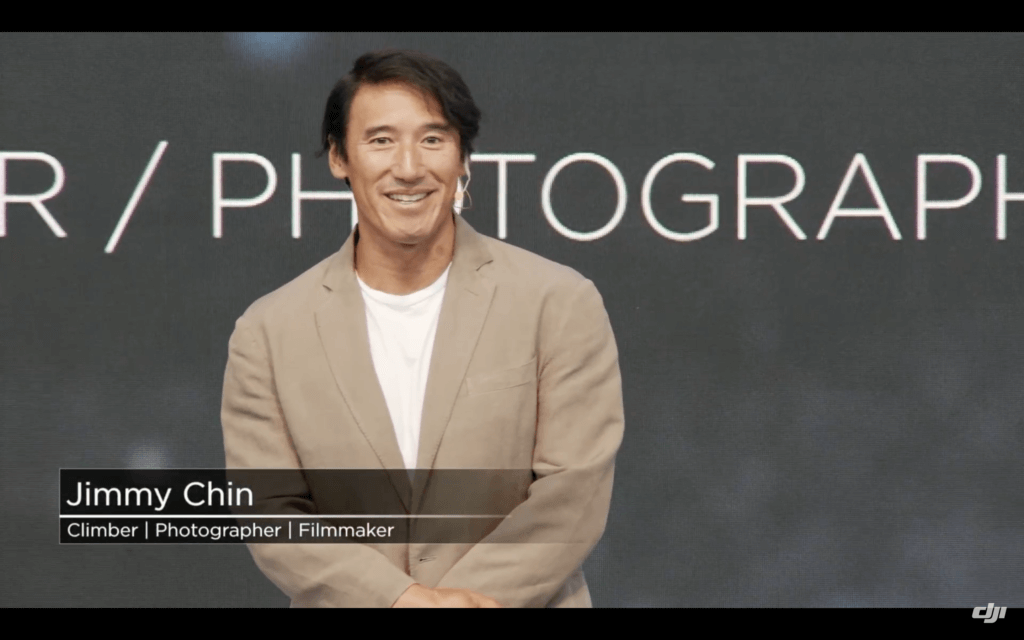 Instead of up to 30.000 dollars a day for helicopter shots with zoom effects, Chin can now convert these shots for less than 1.500 dollars. During the presentation of the DJI Mavic 2 Pro and DJI Mavic 2 Zoom, he showed impressive images and vividly told of his experiences with the camera drones. Together with climbers, skiers and some DJI people, he carried out an extensive test in Greenland and was able to gain really good drone images from it. These offered much more depth and clearer height and size relationships between man and nature than the single-lens reflex or film camera could have shown. 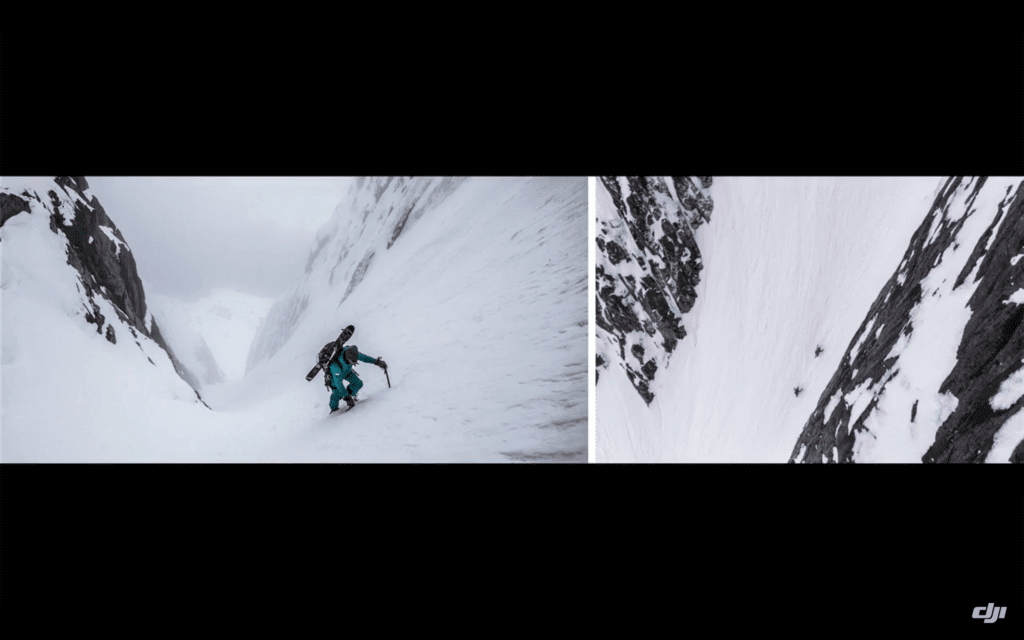 Counselor: Selling a DJI drone - How to delete your flight data from the copter

If you also want to produce professional recordings, take photos and shoot films, you can tackle this wonderfully from the air with the new DJI Mavic 2 drones. The price is extremely cheap compared to other equipment. Even compared to the best SLR camera, you can easily get weak - and compared to film cameras it is much easier to opt for the drone solution: 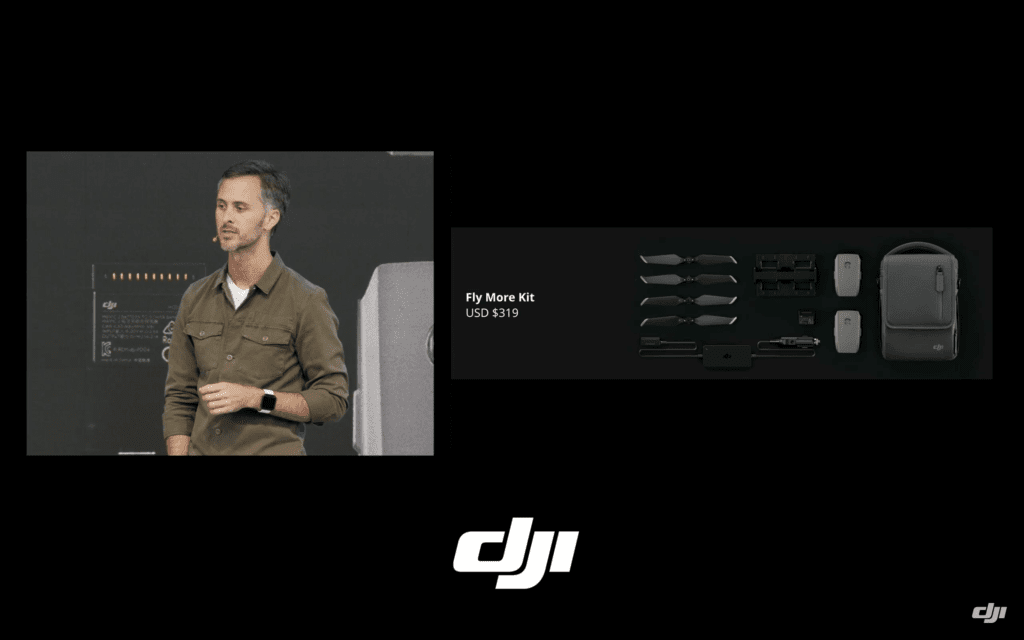 First of all, this was the ad-hoc summary of the DJI event on August 23, 2018 with the most important information and a little insight into the new specs and features of the latest camera drones from the world's largest manufacturer. Next week, the structured individual contributions and - depending on the possibilities and level of knowledge - first advice on the two models will come. Tomorrow, as always, there is the Sir Apfelot newsreel, and then first of all the weekend: D