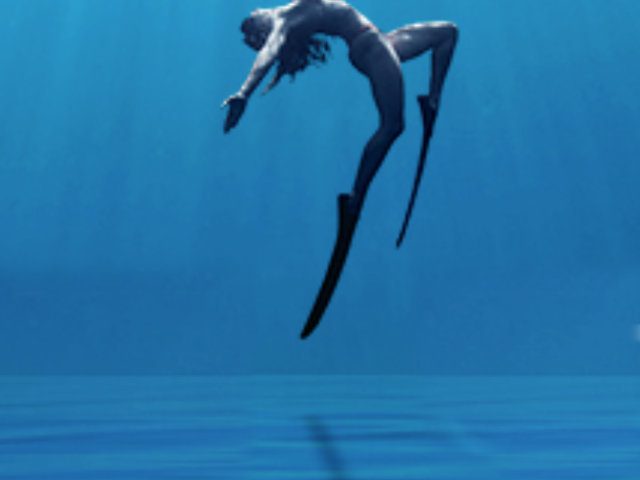 Unleash Your Other Side, or "Discover your other side", as the slogan was translated into German - the announcement of the DJI event, which is to take place on May 15, 2019, is provided. It can be assumed that no new drone awaits us next Wednesday; and if so, then an innovative submarine model. Because in the meager announcement of the technology giant from China is the picture of a diver with flippers (see below). And that points more to an underwater camera, an underwater drone or at least some kind of waterproof gimbal with a sports camera. There are many rumors and speculations.

The DJI event under the motto Unleash Your Other Side (or: Discover your other side) is planned for Wednesday, May 15, 2019. Obviously an underwater drone, a waterproof action cam or some other product for use in the water awaits us.

The upcoming DJI event: Unleash Your Other Side

On official website The manufacturer of drones, cameras and accessories currently does not have any precise information on the event or expected products. Only a countdown that counts down to Wednesday, May 15.05.2019, 15, at 00:9 p.m. (00:XNUMX AM EST), and the image above are displayed. You can register for the e-mail notification for the new product in an input mask. Personally, just because of the timely reporting, I will follow the DJI event live via stream under the motto “Discover your other side”. Experience shows that this should be possible.

Air and water, from one side to the other

The “other side” obviously means the water, above the surface of which is the side already developed by DJI, namely the air. The extent to which the company and the target group to be developed on Wednesday will dive into the cool water remains to be speculated. An underwater drone (like in the video game “Subnautica”, for example) would be quite conceivable. An action cam especially for use under water or a gimbal for end users that could replace expensive nature filming equipment cannot be ruled out either. There is also a (admittedly not very meaningful) discussion in the official DJI forum. A comment there sums up all speculations so far:

Summer is coming must be something waterproof

Just a waterproof action cam or an underwater drone?

There is much speculation, from the action cam, which is supposed to compete with GoPro, to the submarine drone that can be controlled from the boat or land. And a rumor video from Drohnen.de, which can be neglected. The upcoming product is supposedly already available to the colleagues and it is said to have already been tested, but of course no information is given due to an embargo. So in the video only the previous products are presented and rumors from the Internet are read out to stretch it to over 13 minutes. You can also save the time to follow the stream of the DJI event on Wednesday, May 15, 2019 under the slogan "Unleash Your Other Side";)