The DJI Mavic Air is an impressive drone that inspires people with 12 MP photo resolution and 4K video resolution as well as various smart modes and panorama functions. According to DJI, it has a maximum range of 4 kilometers. If you look at the technical data of the Mavic Air, you will notice that several details are given here or that DJI has a footnote on the product page:

Unobstructed, free of interference, when FCC compliant. The max transmission distance is 2 km when CE compliant.

We find this a little more precise in the technical data: 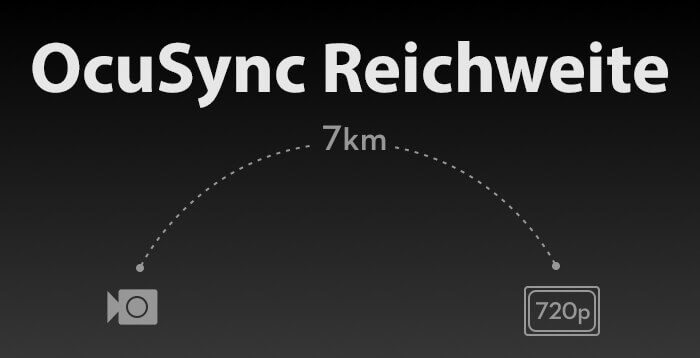 OcuSync scores not only with a large range but also with a low latency, which helps with precise filming.

These are all theoretical values ​​that sometimes have little to do with practice. For this reason, people often ask in forums how far the actual range is before buying the Mavic Air. 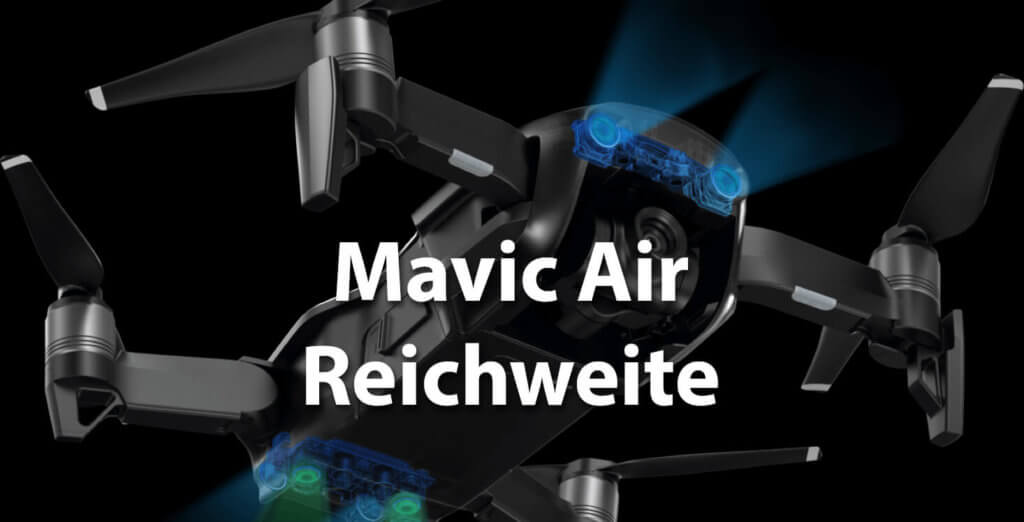 The good range of the Mavic Air is based on improved WiFi transmission technology.

Short and painless: the practice range of the Mavic Air

I have summarized some interesting comments and calculations on this in this post, but if you are too lazy to read the sources and reasons and just want the information, you can get it here:

The best values ​​were achieved in all tests when you go to the Wifi settings in the "DJI GO" app, select "Custom" and then select a two-digit channel (two-digit: 2,4 GHz band / three-digit: 5,8 , 5,8 GHz band) that is not marked in red. A setting to "Auto" or in the XNUMX GHz band only makes sense if you are in an area where you have to reckon with a lot of interference (city centers, etc.).

I've been using my Mavic Air for a good two weeks now and have already flown a number of batteries empty. To make a comparison with the Spark in terms of range is totally absurd. The Mavic Air has a very stable radio signal and I have not yet managed to get a signal interruption. For safety reasons, I am not doing a range test, but 200-300 meters had run without any warning so far. Even flying over trees (shading) has so far not disturbed the signal.

So DJI has really made an improvement in the wireless signal that deserves the name "Enhanced Wifi". I am totally happy with the small plane and can only recommend the Mavic Air!

Another tip: If you are equipped with a smartphone and smartwatch: Switch both to flight mode and connect the remote controller to the smartphone via a USB cable. The closest "jammers" are switched off and cannot influence the transmission.

If you are satisfied with these values ​​and want to buy the Mavic Air now, you can do so via this link:

If you want to know a little more about the differences in range (USA and Germany) and the source of my data, just read on.

Range test in Texas: Despite the brief warning message, the Youtuber still manages a distance of about 2 kilometers until the connection breaks off completely and RTH is initiated.

What do FCC, SRRC, MIC and CE mean?

The various abbreviations stand for facilities that, among other things, define the regulations for devices that use radio. If you have a drone on the market in Germany, for example, it has to comply with the CE standard and comply with the restrictions that define the frequencies and the transmission power, for example.

Here is a brief overview of what the abbreviations stand for:

We are actually interested in the FCC and CE standards. FCC covers all YouTube videos that were filmed in the USA. Here you can often see ranges of 3 to 5 km and more in range tests (see . or .). Since Germany belongs to the EU, Mavic Air has to limit the radio connection in this country more strongly (for legal reasons). Therefore, the ranges that German test pilots achieve are often less.

The specs of the remote for the Mavic Air. You can see in the 2,4GHz range the range is higher than in the 5,8GHz range.

The math behind it

I have in the Kopterforum an interesting post read about the theory behind the reach. The author goes from the technical data of the Mavic Air and calculates the theoretical range in CE countries. I would like to take this opportunity to thank the author for his comments and to adopt them:

According to the DJI website, the transmission power (EIRP) is:

This results in the following calculation of the "theoretical" range in Germany (and other CE countries):

As I said, these are theoretical calculations, ideally isotropic radiation and a range of exactly 4km in FCC country.

This means that the author of the forum post mentioned above is relatively close to the experience that the Youtuber from "Tom's Tech Time" Tom has in his Q&A post for Mavic Air.

He says on the question of the range in CE countries:

"DJI really enhanced the wifi signal ... I was able to hit the 1,6 km mark in a ce-standard country ... in the middle of nowhere. When I was flying downtown, like heavily downtown, with many, many, many other wifi signals around ... I easily hit the 500 meters mark. " 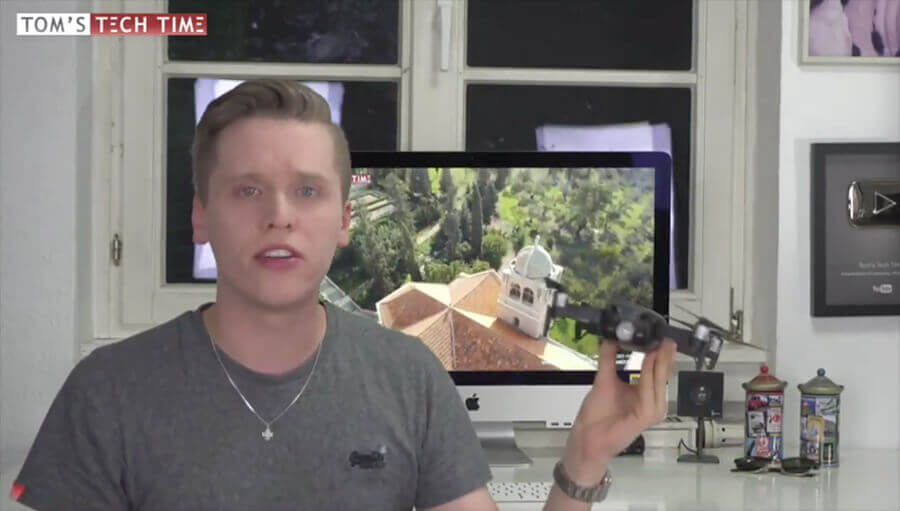 Tom David Frey answered questions from his viewers about Mavic Air in his video. In addition to the range of the drone, many other points that should be of interest to potential buyers are also discussed.

He tells a little more about it and in summary you can say the following:

In my opinion, Mavic Air is in a good range in terms of possible flight range. In the DJI Spark I already had frequent breaks that disturbed the recordings (see also mine DJI Spark Test). With the Mavic Air you don't have to worry about that.

There are now other Youtubers who have carried out range tests with their Mavic Air models in Germany, Great Britain or other CE countries. As mentioned, the drone in the EU countries switches to the aforementioned "throttled" CE mode, so tests in the UK are also of interest to us.

If you want to watch a few videos in this regard, you will find some in mine Youtube playlist for DJI Mavic Air reviews, tests and information :

The results of the range tests linked above made me feel very positive and ultimately moved me to order the Mavic Air as well. Even if the Mavic Pro is equipped with OcuSync (see data sheet) certainly still has many advantages in signal transmission compared to the "enhanced wifi" of the Mavic Air, so I think that I can live with the disadvantages. With OcuSync, the Mavic Pro has a real range of 7 to 8 km. A distance that you will certainly never fly in Germany (unless you want to travel completely illegally).

OcuSync scores not only with a large range but also with a low latency, which helps with precise filming.

But OcuSync also has another advantage that should not be underestimated when filming: The image signal has a very low latency. This means that the delay between the live image and the real "view" of the drone is extremely small. This means that you can fly very precisely because the camera image shows the steering movements directly. The enhanced WiFi has a noticeable latency that was also noticeable with the Spark. Unfortunately, I cannot express it in numbers as I could not find any measurements on it, but it can be felt.

This is no reason for me to forego the Air, but it should be kept in mind when deciding between the Mavic Pro (2?) And the Mavic Air.

As I said: I got the Mavic Air because for me it is the best "always with me" drone. I know that because of its size, I just didn't take the Mavic Pro with me on hikes as often as I would have if it was smaller. The Air jumps into this gap. And it doesn't rule out the possibility of using the Mavic Pro 2 for customer orders, which will certainly come with a better sensor and hopefully also with OcuSync 2.

You want to get the Air too? Then support my blog by shopping via this link (thanks!):