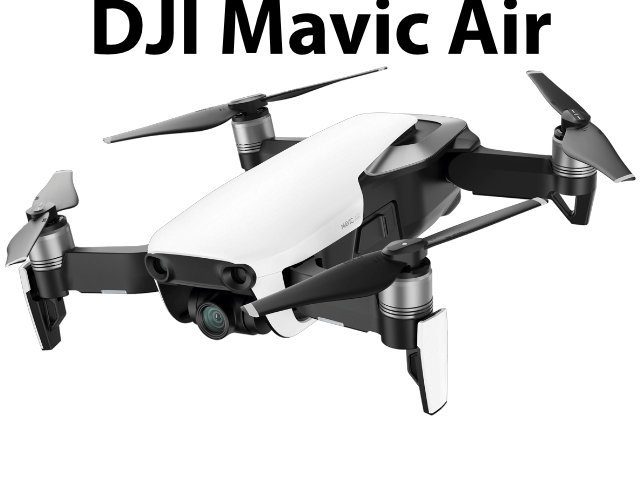 The DJI Mavic Air is the latest pocket-sized camera drone from the Chinese market leader, which, in addition to a new 3-axis gimbal and 4K video recordings with a high bit rate, also brings other interesting technical data with it. Above all, the size of the mini quadrocopter and its low weight are convincing. Here I have compiled important technical data from the data sheet of the DJI Mavic Air and a small comparison with the DJI Mavic Pro. 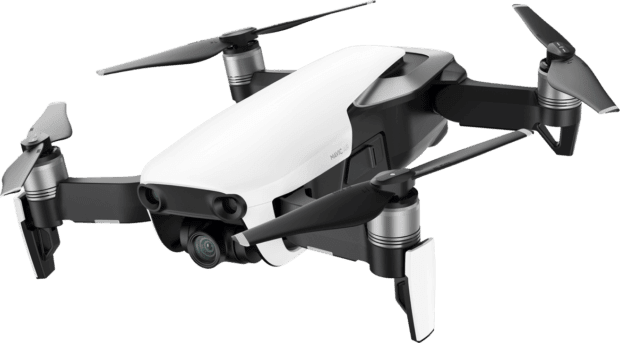 DJI Mavic Air: The specs and the comparison to the Mavic Pro

Buy the DJI Mavic Air is possible here. On the DJI shop page you can also get the data sheet and pictures of the folding camera drone. I have listed some technical data that are particularly noteworthy for you below.

General information about the drone

Range of the remote control (controller)

Since the reliability of radio transmission is one thing that concerns many readers, I have written a special article about it here: DJI Mavic Air - the range in practice.

I hope the little DJI Mavic Air data sheet helped you and gave you an insight into the technical details of the camera drone. Like other current drones from the manufacturer, this small quadrocopter can also be controlled with the DJI GO 4 app. You can find out which features you can use with it and what other advantages you can expect from the application here:
[appbox appstore id1170452592]

Don't get confused with DJI's drones; the names do not indicate the difference in performance as with the Apple MacBook models Air and Pro. The DJI Mavic Air is simply the newer, smaller, but also more intelligent drone that has a relatively long flight time and additional recording modes. It also offers advanced gesture control and on-board calculations. Information, data and pictures of the "Adventure Unfolds" keynote on January 23, 2018 in New York can be found in the above-linked article on the event.

Here is the comparison of individual specs from DJI Mavic Air and Pro:

Compared to the DJI Spark, it can also be said that the DJI Mavic Air naturally looks more professional and less like a toy. Professional reviews have already shown that the DJI Mavic Air is currently the best means for high-resolution production of photos and videos from the air, which not only brings high-end technology, on-board calculations and other advantages, but was also designed to be very space-saving. When traveling, on vacation, on a bike tour, on a sailing boat, in a backpack or even in a jacket pocket, it hardly takes up any space and does not weigh much.

Not only are there better values ​​in some areas when compared with previous models; The DJI Mavic Air also brings new recording modes for the photo and video camera. The drone now has a boomerang and an asteroid mode. The latter transforms a video recording or individual photos from a panorama into a mini-planet or an asteroid. The good thing: the calculations for the image processing are done on-board directly in the drone and only take about a minute. And this is what it looks like:

Tests and comparisons of quality

A test with a comparison of the DJI Mavic Air, DJI Mavic Pro and DJI Spark can be found in the following video. There you can also see the view of the app on the iPhone as well as the new features and modes such as flight support via APAS. Videos from Mavic Air, Mavic Pro and Spark are also compared:

Another comparison, which was created more in the vlog style than as news, comes from Casey Neistat, who has a relatively high level of drone wear. There are many more comparative shots in his video. You can also increase the video settings to see and compare the details and colors of the Mavic Air, Mavic Pro and Phantom 4 (on a correspondingly high-resolution screen):

Now you have a lot of information about the DJI Mavic Air and comparative values ​​of the DJI Spark, DJI Mavic Pro, DJI Phantom 4 (Pro) and so on. With it you can get an idea of ​​the new, small camera quadrocopter with which the Chinese drone manufacturer started the year 2018. In the DJI Shop you can buy the DJI Mavic Air buy or pre-order as well as other data, images and overviews. You can also buy original accessories and accessory devices such as the DJI goggles there. In addition, I have already linked a summary of the event at which the drone was presented. If you have any questions, answers, comments or criticism, please leave a comment;)