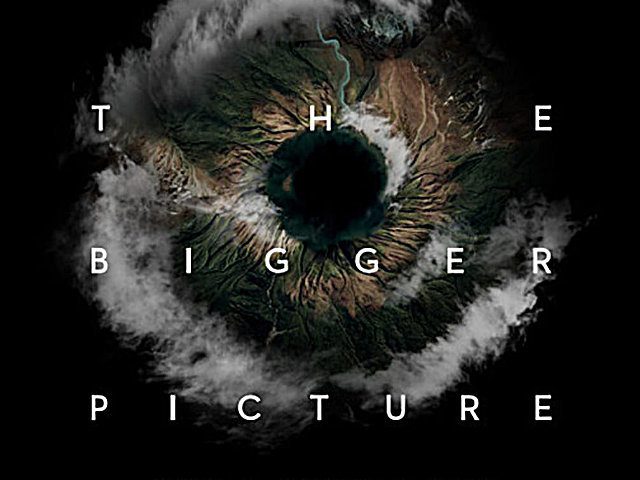 The Chinese drone manufacturer DJI fueled the rumor mill with the announcement of an event on July 18, 2018. With the slogan "See The Bigger Picture" and a picture that could refer to a 360 ° camera drone, among other things, is possible DJI Mavic Pro 2 event pointed out, where at least one successor to a successful drone is expected in New York at 10:00 a.m. local time. The DJI Mavic Pro 2 is the hottest contender alongside a DJI Phantom 5 or DJI Inspire 3. I have summarized the current rumors and possibilities for you below.

Update from July 13, 2018: Like DroneDJ reported in an article, so the event will be postponed with the slogan "See The Bigger Picture". It will not take place on July 18, 2018 after all. The reason given for postponing the presentation of new drones is that DJI cannot maintain its standard of quality and innovative technology with the current level of development. Negative about the message: the possible "DJI Mavic Pro 2 Event" will be postponed. Positive about the message: at the final presentation we are presented with at least fully developed products;)

Here is the quote from the DroneDJ article linked above:

Thank you for RSVP'ing for the 'See the Bigger Picture' event on July 18th. Today we are making the difficult decision to push back the event. DJI is committed to introducing the most high-quality, cutting-edge technology in the market. We will postpone 'See the Bigger Picture' so we can deliver according to our standard of innovation. User experience is our top priority, and we wanted to ensure we can exceed our customers' expectations for our technology by the time of the event. Please stay tuned for more information. Thank you for your continued interest and support.

See The Bigger Picture - is the drone manufacturer from China inviting you to the DJI Mavic Pro 2 event? We'll know more on July 18, 2018!

Does a hardware update lead to the DJI Mavic Pro 2?

The image that DJI uses to announce the event on July 18, 2018 in New York allows some guesswork. For example, one could expect a 360 ° update of the Osmo range. However, the picture was obviously taken from some height in the air. This fact in connection with the slogan "See The Bigger Picture" seems to be a clear indication that we will see a new drone from DJI. If it should be a DJI Mavic Pro, there are already numerous rumors and possible technical data as well as very long data sheets on the net.

A DJI Phantom 5 is also not the most impossible thing that we could get presented in the middle of this month. It would be a DJI Inspire 3's turn, but I don't necessarily consider the 360 ​​° recording mode on a drone to be something that the film industry would find super-useful. Therefore, my opinion is that the feature is more likely to be packed into a quadrocopter, which is intended for hobby and travel users as well as space-conscious professionals. The Phantom 5 could turn out to be a practical in-between. There is also a low probability that several drones will be presented at the DJI event on July 18, 2018.

DJI Mavic Pro II ready since the beginning of the year?

According to some rumors, the beta tests for the DJI Mavic Pro 2 (or DJI Mavic Pro II) were already completed in January, so that the drone may be ready for the market. However, other voices claim that despite a completed beta test phase of the Mavic Pro II, this drone would not be released until the end of the year and not in mid-2018, if at all. Or not at all. Well, we will not be certain until it is noon on July 18th on the US east coast.

Here I have put together for you which technical data the upcoming DJI Mavic Pro II could have. Please note that these are summarized rumors. Which device we will see in the end and which specs it will have is still largely unknown:

In addition to the drone and its specs, the camera is of course also important. It could be that one camera, two or even three cameras are used (one “normal” and two 180 ° lenses). Perhaps the camera can also be exchanged - that is not yet clear. However, here are the current rumors about the possible data of the DJI Mavic Pro 2 camera (s):

Another rumor surrounding the DJI Mavic Pro 2 / DJI Mavic II is that the 4K video is recorded and saved with 10-bit color information. This should be of particular interest to those who subsequently hunt their videos through post-production and make color corrections. With more color information in the video, these would only lead to color fragments during more serious interventions. The disadvantage would be that you can probably forget your old microSD cards for this. A write rate of 400 Mbit / s is considered possible or necessary for 10-bit video.

Two versions of the same new drone - or two copters?

While many rumors currently revolve around a possible DJI Mavic Pro II, it could end up with two new quadrocopters - one with the aforementioned Sony IMX226 CMOS 1 / 1.7 "sensor and one with a larger 1-inch sensor . A lot is possible.

And in addition to the technical data for hardware, video recording and the like, there are also rumors of new gestures for hands-free control and new, faster processors such as the Intel Movidius Myriad X VPU. The Intel Movidius Myriad X VPU not only has more cores than previously used processors and a neural compute engine, it also supports more image depth in 4K and other modernized specs.

Why a Mavic Pro update and not a Mavic Air 2?

From experience with the two drones - especially with the possible specs of drone, camera and processor listed above - I assume a Mavic Pro II rather than a Mavic Air II. I strongly assume that it is a DJI Mavic Pro 2 acts because this model has not received any hardware updates for a while. The DJI Mavic Pro (here compared with the DJI Spark) is certainly one of DJI's best-selling drones. The Mavic Air probably also “picked up” some former Mavic Pro users, but I have both models myself and can still say: I wouldn't want to do without the Mavic Pro.

Just last week I had an order at a private construction site where I regularly take photos and videos for construction documentation. On that day the wind forecast with an average of 27 km / h and 59 km / h gusts was actually a sign not to fly that day. However, I got there extra early as it got worse and worse by noon.

Certainly no news for the normal Otto drone pilot, but for everyone who conducts measurements with the drone and does photogrammetric jobs with the Phantom. As my reader Thomas noticed with a look at the version notes of the DJI Assistant 2, the Phantom will finally come in the RTK version. There were rumors about it before, but somehow they fizzled out. Now this release note gives new hope or almost certainty that an RTK version is "on the way".

DJI has given itself away: The release notes of the DJI Assistant 2 software already support a Phantom 4 RTK model that officially does not yet exist.

The abbreviation "RTK" or "RTK GPS" stands for "Real Time Kinematic GPS". Behind this is a technology in which a base station on the ground knows its position to the centimeter. This basis calculates correction values ​​for the position of the drone and sends them to the GPS receiver in the drone. This in turn enables the drone to determine its position with an accuracy of 1-2 cm and also save these values ​​in the photos. This allows terrain models and orthophotos to be created using photogrammetry, which have a pixel resolution of a few millimeters.

More about the DJI July event 2018

In a little over two weeks we will know more - and then of course there will be a corresponding update on DJI's “See The Bigger Picture” event in New York, USA. Here I have another one for you Video selected on the topic: