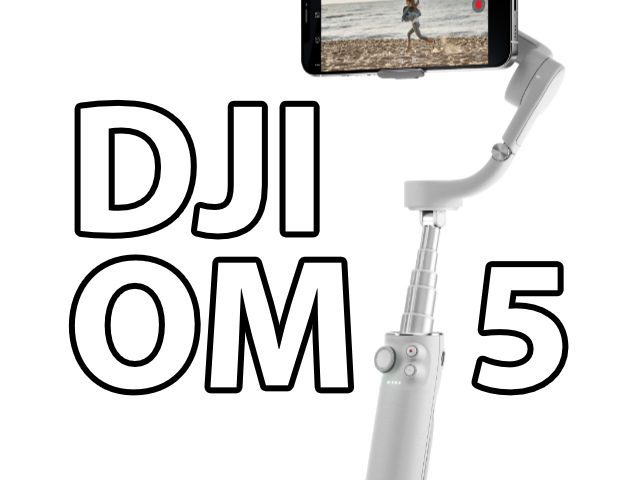 The technology manufacturer DJI, known for its camera drones, recently presented its new smartphone gimbal, the DJI OM 5. The abbreviation “OM” stands for Osmo Mobile, which was also used in full in earlier versions. The device is a 3-axis stabilizer with an integrated extension rod or selfie stick. A stand is included in the scope of delivery so that the DJI OM 5 can also be used as a tripod. Video effects such as zoom, ActiveTrack (automatic centering of a person or an object) and others are used by the DJI Mimo app for iOS and Android. You can buy the DJI OM 5 including Prime Shipping for 159,00 euros on Amazon.

The DJI OM 5 smartphone gimbal is lighter than its predecessor, but offers more flexible use thanks to the selfie stick function and new app features. In addition, this 3-axis stabilizer is lighter.

Everything you need is included in the scope of delivery (except for the camera phone). The DJI app is also available free of charge in the App Store for iOS and in the Google Play Store for Android. In addition to the video functions that ensure impressive recordings in the holiday video, in the YouTube vlog, in the TikTok clip or in the film, there are also functions for taking photos. Panoramas can be realized quickly and in great detail with the DJI OM 5 and the app. For even more flexibility in use, this product generation also includes a telescopic stick that can be used as a selfie stick.

Further information and the purchase options in the colors Athens Gray and Sunset White can be found on the Amazon product page. The DJI OM 5 smartphone gimbal will be available from tomorrow, September 15, 2021. If you order it today, it can be with you tomorrow;) 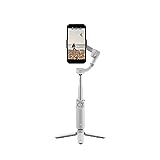 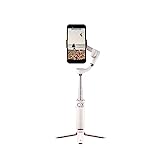 An extensive contribution to its predecessor, the DJI OM 4, can be found with this link. In the following I will show you a few key data of the devices that should be shown in comparison. Because despite new software functions and lighter technology, the DJI OM 5 gimbal not only has advantages over its predecessor. The weight reduction z. B. is at the expense of the battery, which is smaller and therefore has less than half the running time in the new model. Here's the whole thing in numbers:

DJI OM 5 presentation in the video

Of course, it only makes sense for DJI, as a camera and gimbal provider, to present its products in well-produced videos. This also applies to the new DJI OM 5 mobile phone gimbal. Find the corresponding video here on YouTube or with the help of the following embedded player.