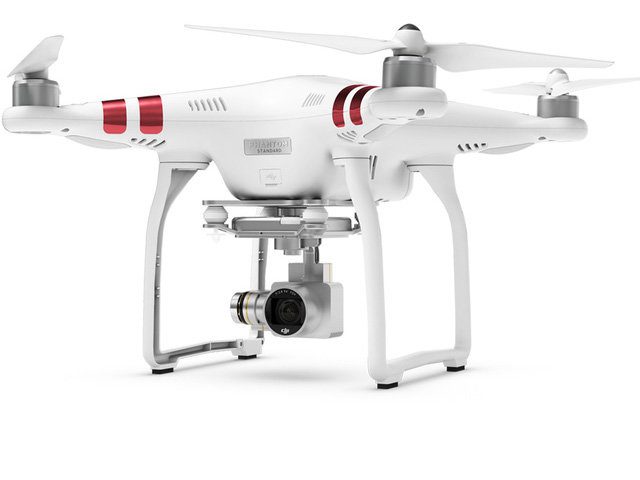 With newer models from the state-of-the-art manufacturer from China, discussions about DJI drones are quickly becoming the still very good entry-level drone DJI Phantom 3 Standard forgotten from 2015. This quadrocopter is not only easy to fly, but also comes with a 12 megapixel camera for great photos and HD videos. The controller is included in the price for real-time transmission of the camera recordings from the DJI Phantom 3 Standard a smartphone or tablet is clamped into the holder provided. Details on drone, camera, gimbal and more in this post. You can buy them among other things directly from DJI. 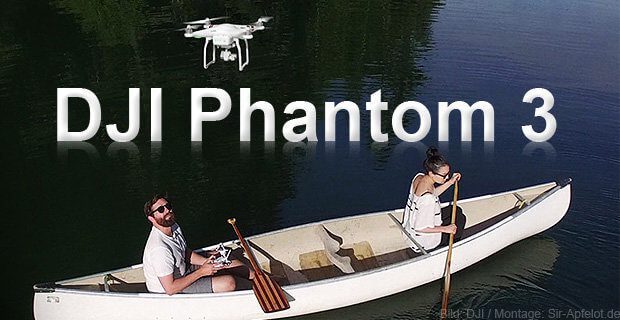 If you are looking for a cheap entry-level drone with good quality, then you can buy the DJI Phantom 3 Standard with a clear conscience.

If you want to fly the camera drone, then you want to know beforehand what it can do and what technology is in it. Here in a nutshell the most important data and details about the DJI Phantom 3 Standard:

Compared to the DJI Spark

There are also two small negative points in this comparison, one must admit for the sake of completeness: because the DJI Spark is smaller and lighter than the DJI Phantom 3 Standard, and it has obstacle detection (front). But if you are flying within sight, with a little practice you should be able to avoid obstacles or see them when approaching;)

The best of both worlds: DJI Mavic Pro

And to completely confuse you again, I'm throwing the DJI Mavic Pro into the round as the third possible mini drone. It combines the compact design, mobility and extensive flight modes of the DJI Spark with the (approximate) photo and video quality of the DJI Phantom 3 Standard. However, it currently costs € 1199, which of course speaks in favor of the Phantom for bargain hunters. You can find more information about the DJI Mavic Pro in the test linked above, in this post as well as in the DJI shop.

The control of the DJI Phantom 3 standard drone is realized via the included controller. So that you can see what the camera is recording in real time and so that you can use some additional functions, you should clamp a smartphone or tablet (Android or iOS) into the controller and run the DJI GO app on it. It brings a live HD image from the camera, better control and control of the camera, archiving and editing functions for videos, tutorials and instructions, and much more. Here is the download link for Android devices. And here is a download option for iPhone and iPad:

What about Phantom 3 Advanced and Professional?

Right, these models also existed once. However, production was stopped at the beginning of 2017 and the models were removed from the DJI online shop's range. Nevertheless, the DJI Phantom 2015 Standard, which has been available since 3, is still worth a purchase recommendation - this is also supported by the fact that this model has not been discontinued and exchanged for the newer camera drones;) After all, it is with its price of 599 € and the one included included features unbeatable and an indispensable part of the range for all user groups. 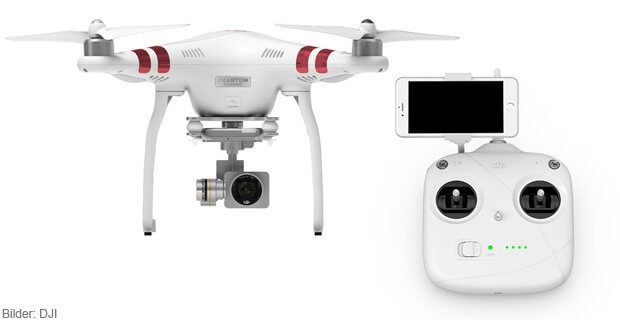 The controller is already included in the price of the camera drone from 2015. A great advantage!

An even cheaper price - of course on Amazon

If you look around in the technology categories on Amazon, you can discover one or the other bargain. And so, while researching this article, I also found the opportunity to buy the DJI Phantom 3 Standard cheaper. At € 509, the entry-level camera drone is € 90 cheaper than in the official manufacturer's online shop. However, it should be noted: the sale is carried out by a third party (shipping, however, by Amazon), you have to order accessories separately or again in the DJI shop and the insurance offer is only available there. Here, however, for the sake of completeness, the Amazon offer to buy cheaper:

Buy camera drone cheaper
At Amazon you can get the DJI Phantom 3 Standard for only 509 euros. However, you can only get the matching DJI Care program, accessories and spare parts in a bulk order via the official shop. So here you have to know what exactly you want to order.
Buy it at Amazon Price includes VAT, plus shipping costs (updated: 27.01.2022 at 09: 00 clock)

Why not buy the Phantom 4 Pro?

The DJI Phantom 4 Pro and the model without "Pro" are powerful drones that, as the successor to the Phantom 3 series, bring more power, a slightly better camera and other innovations as well as innovations from the Chinese copter manufacturer. However, the prices of the 4-series models could put you off, especially if you are looking for an entry-level model for hobby pilots or the upcoming vacation. Because, for example, for the 4 Pro model you currently pay 1699 € in the DJI Shop. If you still want to read about the details, technical values ​​and so on, then I recommend you this comparison of Phantom 4 and Phantom 4 Pro.

What about Inspire 1 and 2?

Admittedly, DJI has launched some top-class quadrocopters on the market in recent years. The camera drones offer good flight characteristics, an advantageous and market-dominating quality in terms of stability, useful photo and video recordings, great workmanship and the like more ... And due to the many models it can happen that you get bogged down in the search for the right drone. Therefore, in brief: The DJI Inspire 1 and the DJI Inspire 2 are professional drones for film productions and the like. They also cost up to € 3399. If you want to know why they cost so much, I recommend this article: DJI Inspire 1 and DJI Inspire 2 in comparison.

In Germany as well as in the countries of the EU and the rest of Europe there are some important rules to be observed if you want to let drones and model aircraft fly. Rules and laws must also be observed for camera recordings from the air. Therefore, here is a collection of advice articles on the topic:

Presentation of the camera drone in the video

In the end, you can say that DJI has the right drone ready for every user. Buying the DJI Phantom 3 Standard is a recommendation for all beginners and those who want a high-quality quadrocopter with HD camera and 3-axis gimbal as well as other features. You don't have to pay too much for the complete set including battery, controller and all the trimmings. In return, you get a really good camera drone that still has some advantages compared to newer models that were developed and built by DJI after 2015. You can do it with the care package, accessories and more Order directly from the DJI Store.