What is an Easter Egg? 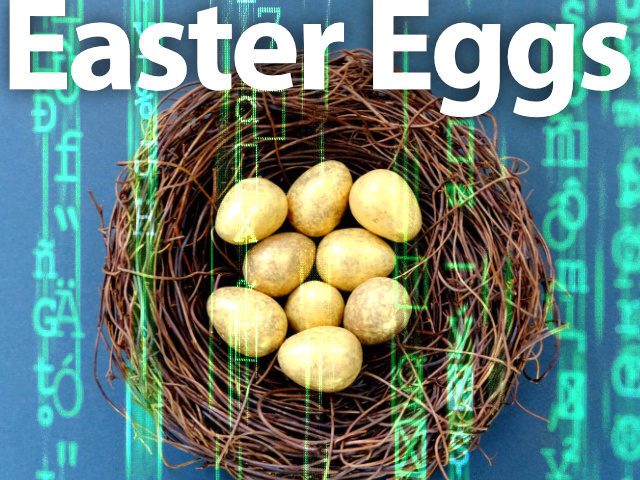 The English term "Easter Egg" can easily be translated literally as an Easter egg. But when it comes to software, and especially video games, the term has a completely different meaning. Because with one Easter Egg it is about hidden additional content, which is often of no great use, but is simply built in as a joke. Another function is that developers perpetuate themselves with Easter Eggs in the written or designed software - without special commission or even the knowledge of the studio or publisher. In the following there is more information on the topic and the history of the game Easter eggs as well as other sources.

An Easter egg is additional content that does not serve any major purpose or has a useful function. Mostly, Easter eggs in games, apps, websites and the like are only intended for fun.

Easter Egg - and the demarcation to the hidden function

Easter eggs are mostly additional content built into software for fun, which does not add any special use to the main program or video game. In a game, an app, a search engine such as Google, in web browsers such as Mozilla Firefox and the like, you can simply reward those users who try a certain key combination or make other unusual entries. In the YouTube player you could e.g. B. play "Snake" for a while. In Excel 97 there was a simple flight simulator and in Word 97 there was a pinball machine. And what if you are in Firefox about: mozilla or about: robots you have to find out for yourself;)

It is not uncommon for Easter eggs to be confused with hidden functions. These are less well known and are just as complicated to call up as an Easter egg, but they serve a specific purpose. An example would be Developer Mode in the "Exact search" function for finding Apple AirTags. But also the multiple display of "The quick brown fox jumps over the lazy dog." Or "Franz is chasing across Bavaria in a completely neglected taxi." By entering = Rand (200,2) in a Word document (before the Word 2007 version) is rather hidden, but has a practical use: the preview of fonts.

Examples of Easter Eggs in video games and elsewhere

The name of the developer Warren Robinett is considered to be the very first Easter egg in games. If you ran through different rooms in a certain order in the game, then at some point the words "Created by Warren Robinett" appeared. This was due to the fact that software studios did not name their developers at the time, probably out of fear that they would be poached. So this Easter Egg had no meaning for the game, but an advertising function for the developer and his skills.

Other Easter Eggs can be hidden objects or completely hidden levels that can only be reached through an invisible path or through a certain key combination. Objects placed directly in the well-known game world that do not directly fit the game or the genre can also be viewed as Easter eggs. If, for example, a slide on a playground can be used with the game character in a first-person shooter, then that is absurd, but it is fun. Just like discovering pop cultural allusions - for example Spongebob's house in the game “Maneater” (2020) or Star Wars elements in “Day of the Tentacle” (1993).

Aside from Game Easter Eggs, there are also the above-mentioned games in the Office programs from 1997 or the hidden functions in web browsers. The dinosaur game in the Chrome browser, which can be played when there is no internet connection, is well known. On DVDs and Blu-Rays, Easter Eggs can sometimes be found via the menu - through certain entries or mini-games, they reveal additional content. An Easter egg can also hide in films and series, through a cameo appearance by characters from other franchises, through the announcement of other productions in the background of a scene, or the like.

You can find even more information on the topic of Easter Egg, more examples of which game or software is hidden in additional content, and the like. B. at Wikipedia. There are also many lists of Easter Egg enumerations online, from the historical overview in various games to all Easter eggs in individual games (such as here to The Last of Us 2 at GIGA). An issue of the video series “FIRSTS” from gTV is also dedicated to this topic. I have embedded the video for you in the following: