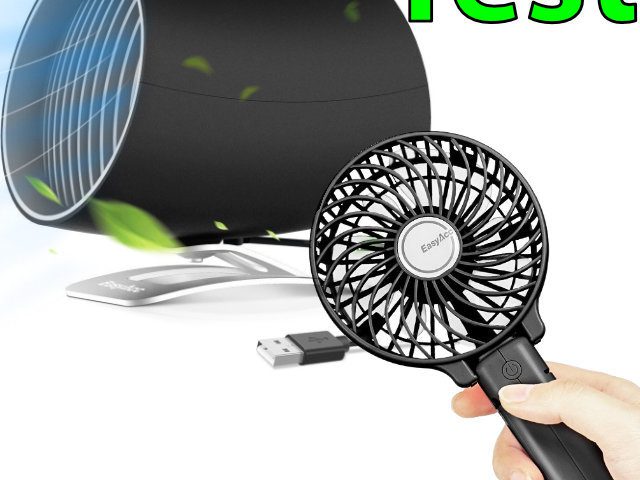 There are numerous devices for the upcoming summer that are supposed to make work at the desk and computer easier. Among other things EasyAcc Spiral Wind as table and USB fan for connection to the computer or power bank as well as the mini hand fan with battery from the same manufacturer. I took a look at both of them so that I can briefly show you the individual specs and possible applications below.

The EasyAcc USB fan with the model number KW-MF101 was made available to me by the manufacturer for a test. I used it with four different power sources, on which all of its functions (touch controls and two ventilation levels) worked flawlessly:

The operation of the table and USB fan called "Spiral Wind" is very easy: to switch it on and to select the first level, you touch the base of the device once. To switch to the second level (noticeably stronger, but also louder), simply tap the foot of the fan again. Tap a third time to switch it off.

The fan can be tilted differently to direct the air flow slightly downwards, straight and upwards.

Technical data of the EasyAcc KW-MF101 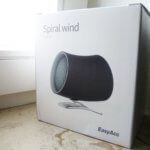 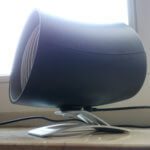 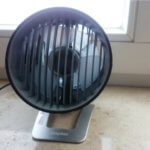 My experiences with the fan

Fittingly, the USB fan and the manual fan described below arrived at my place on a very warm day. So I was able to test it right away under the best conditions. Connection and commissioning were very easy thanks to the USB-A connection and operation was intuitive. The air flow generated is pleasant and cooling, the intensity of the effect can be controlled using the two levels.

I also find the possibility of aligning the air flow through the swiveling housing on the stand extremely practical. In this way, the EasyAcc USB fan can be ideally aligned on the table, the side table, the couch table and all other places of use. To support the laptop cooling, the extractor hood in the kitchen as well as the ventilation of rooms and objects, it has also shown itself to be helpful;)

In addition to the general information that you can use e.g. For example, if you don't want to put anything in the device so that the rotors don't break or block, I find one point from the operating instructions very important: You shouldn't place the fan directly on a metal surface, but rather an insulator between the device and metal (recommended strength of 3 cm). This is due to the fact that the stand serves as a ladder to implement the touch operation.

As noted above, with the USB fan that I can put down, I also received a mobile hand fan with its own battery. This can also be set up by folding the handle backwards. In addition, it can be aligned upwards, which (admittedly a bit for a different purpose) can also be used to cool the laptop if you position the fan under a corresponding notebook arm (bracket for wall or table).

The great advantage of the hand fan is that you can easily take it with you anywhere - in the office or warehouse, in the car or bus, in the subway or anywhere in the house or apartment. It can also be used outside at picnics, at the market, on vacation and so on. The battery is easily charged via the USB port, so that it can also be used with a power bank. 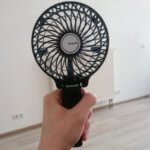 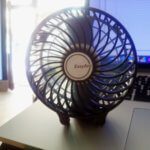 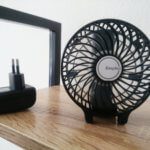 Here are the two products as offers on Amazon: USB Fan / Battery fan. On the respective product pages you can choose other colors in addition to black - blue, pink, turquoise, white, etc.

Mobile hand fan from EasyAcc
Mobile and flexible handheld fan with battery for on the go and for standing.
19,99 EUR
Buy it at Amazon Price includes VAT, plus shipping costs (updated: 19.09.2022 at 14: 15 clock)