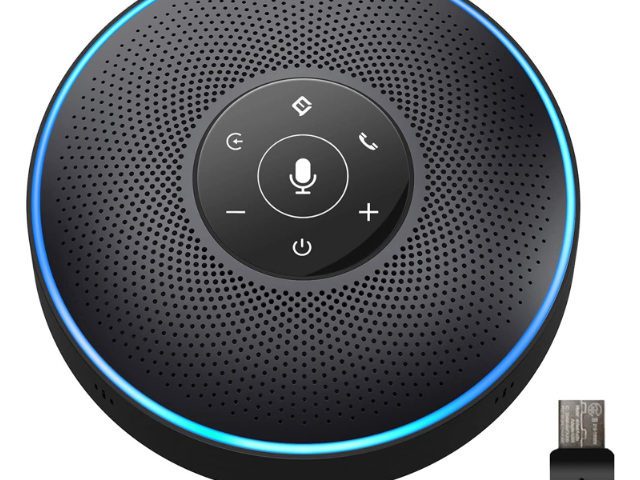 The eMeet M2 conference loudspeaker, which can be used via Bluetooth and cable, has four microphones and a 360 ° loudspeaker. The conference loudspeaker in the office, in the Home Office and can be used mobile. The battery-equipped gadget works via plug & play with various devices and systems - for example with macOS and Windows. It is also compatible with various apps such as Skype, Zoom, Jitsi, Facetime and Co. But how does the eMeet M2 microphone speaker for conferences perform with users? We took a look at that.

TL; DR: View here and save thanks to the coupon

The eMeet M2 conference loudspeaker, which can be used at work, in the home office and on the move, has several advantages, but also one or two points of criticism. On average, however, it is rated very well. Here you will find all information and a discount offer.

Here you will first find the technical data of the eMeet M2 conference loudspeaker, which you can use to get a general picture of the gadget. So you already know whether it might fit into your work environment or not. 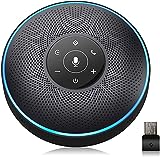 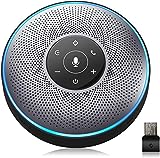 Test reports and ratings in the summary

On the Amazon product page you can currently find more than 330 reviews from users of the eMeet M2, with an average of 4,3 out of 5 stars. 67%, i.e. around two thirds of the ratings, are 5 stars. Another 12% of users gave the conference loudspeaker 4 stars. This coincides with the lists of advantages and disadvantages in some reviews, which list more pros than cons for the eMeet M2 conference loudspeaker.

Despite the many good ratings and words of praise in the reviews, there is always a certain point of criticism in the various sources: While the loudspeaker volume can be adjusted, there is no possibility of calibrating the microphones. This means that loud voice inputs can become overdriven and tinny and can reach the other person.

So here you should look at how the expected conference participants speak or whether some of them have to speak aloud due to spatial conditions. If necessary, a separate test must be carried out in which you ask the people on the other end of the line for feedback on the transmitted audio. If the criticism is too great and the eMeet M2 cannot be used for your purposes, it can still be returned.