As recently the post about the secure deletion of SSD memories went online, a reader was asked relatively quickly why the "FileVault" hard disk encryption is not being given more prominence by Apple. With regard to data security in particular, encrypting the hard drive is a measure that really any user can do, because Apple makes this process pleasantly easy. 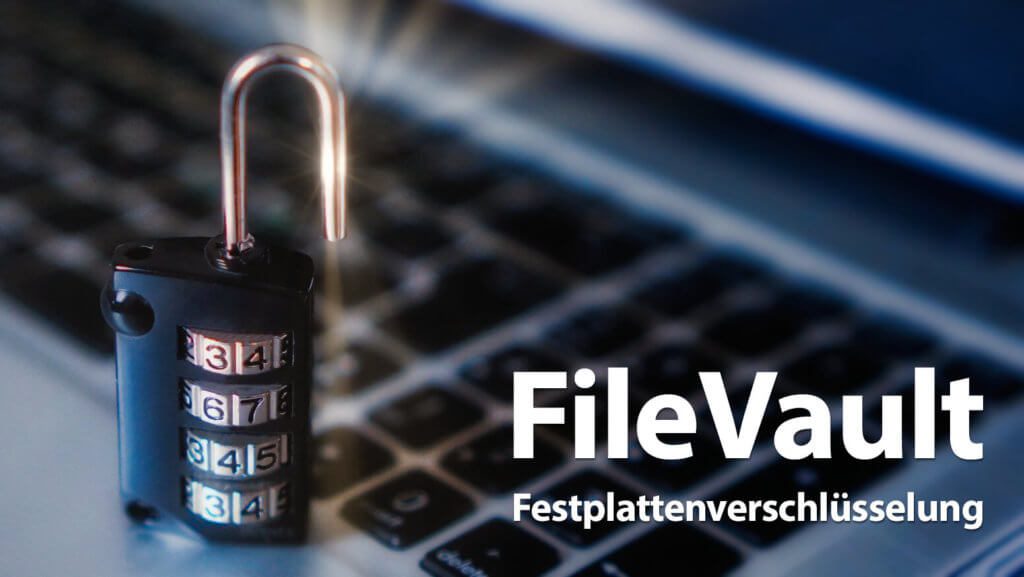 What is FileVault anyway?

The term "FileVault" is a word invented by Apple, which they use for the cumbersome term "hard disk encryption". For this reason, FileVault is only used on Macs and not on Windows computers.

The FileVault feature under macOS is able to encrypt individual partitions or even entire volumes. These can be SD cards, hard drives, SDD memories, USB sticks or the like, which is recognized as a volume on the Mac.

The hard disk encryption FileVault 2 (before no volumes, only personal data could be encrypted) was introduced with Mac OS X Lion (10.7) in 2011. It is based on the encryption technology XTS-AES 128.

In what scenario does FileVault protect my data?

When the Mac is password-protected, FileVault appears to be a little "double-mocked". In practice, however, FileVault is actually the most effective protection, while the user password helps prevent the system from being tampered with or the unauthorized use of the Mac.

If the hard disk encryption is activated, the thieves only see "data salad" on the hard disk and cannot see any files or folders.

If you activate FileVault, it is best to keep the recovery key and password you used somewhere as a printout. If you forget the password, you can still "crack" the hard disk encryption with the recovery key. If this is also no longer available, you can no longer access your data.

Incidentally, this also applies to Apple Service Partners: Without a FileVault password or recovery key, their employees cannot access the hard drive either.

If you have forgotten the FileVault password, usually only the recovery key helps - or the iCloud account, if you have activated it as an emergency aid.

Apple has built an option in FileVault that can be turned on when FileVault is activated. You can choose the following setting:

My iCloud account is allowed to unlock my hard drive

If this is activated, the FileVault key can still be restored via the iCloud account in an emergency.

It is more convenient than the recovery key to use the iCloud account as an emergency option.

Important: In addition to FileVault, also encrypt the backups

Anyone who uses FileVault, but lets the Time Machine create unencrypted backups at the same time, can in principle save themselves the work. If all data are unencrypted on the backup hard disk, hard disk encryption of the system volume is relatively meaningless. For this reason don't forget to go to "System Settings"> "Time Machine"> "Options"> click on the corresponding hard disk activate the option "Encrypt backups". 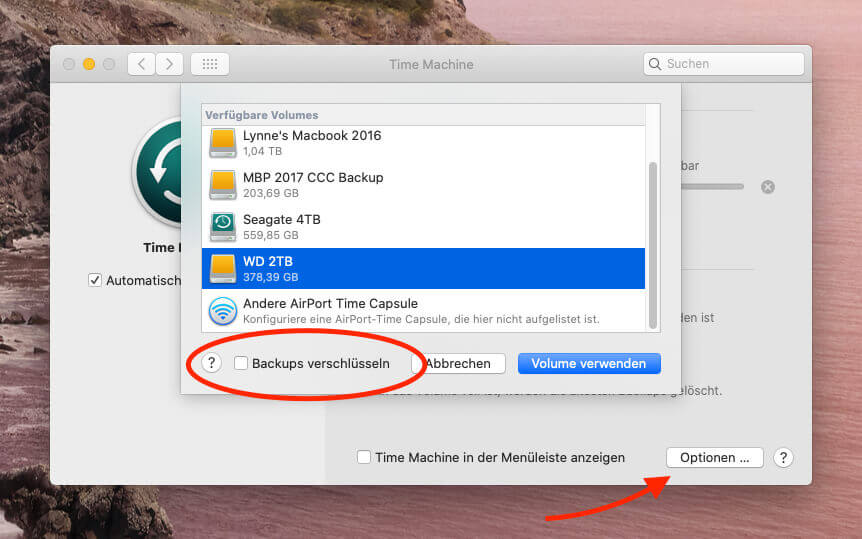 Under the "Options" of Time Machine you can find the option to encrypt the backup.

How long does FileVault encryption take?

A question that can only be roughly answered. The time the Mac needs for encryption when FileVault has been activated naturally depends on the amount of data as well as the performance of the Mac. I would assume this process would take a few hours.

However, since the Mac does this in the background, you can continue to work with the device during the process. In the meantime, you can also check the progress in the FileVault window and see how much longer it will take.

Important: The encryption is a one-time process. So you only have to live with the fact that the Mac encrypts all data in the background for once. 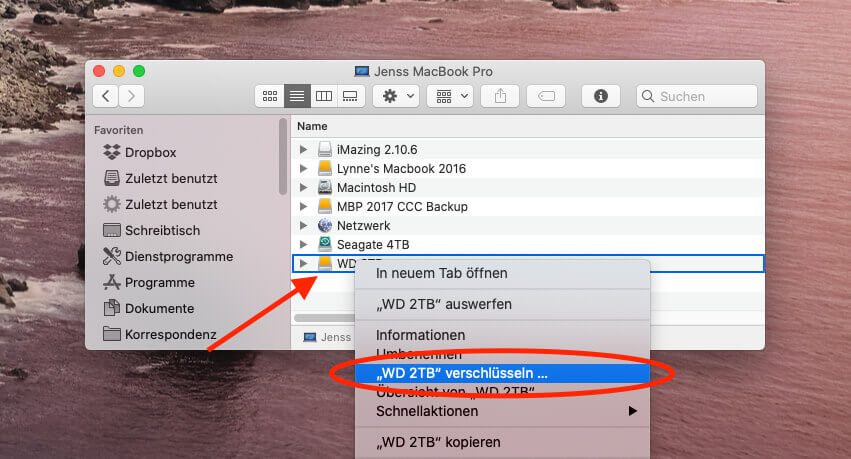 External media can also be encrypted via the context menu (right mouse button).

Can you encrypt external hard drives and data carriers with FileVault?

Yes, this is also very easy to do with macOS. To encrypt a volume, open a Finder window or press the key combination CMD + SHIFT + C. In the left column under "Locations" you can find all the hard drives and data carriers that are currently mounted on the Mac. Now click with the right mouse button on the corresponding volume and select "Encrypt Volume XYZ" in the context menu.

Now a window opens in which you can enter the password for the encryption and a reminder twice. Once this is done, you start the process with the "Encrypt drive" button. From now on, the password must be entered when connecting the volume to the Mac in order to be able to view the contents.

If you no longer want to secure a volume with FileVault, you can deactivate the "FileVault" option - as with activation - via the security options. Of course, this process also takes time. However, you can continue to use the Mac on the side.

I used my MacBook Pro with an encrypted hard drive for a long time several years ago. From my point of view, this feature does not slow down the Mac. Technically, there may be a measurable difference, but in everyday use I didn't notice it.

Still have questions about FileVault full disk encryption that I haven't answered here? Then please leave me a comment. I try to answer everything.