Mac: End process under macOS - this is how you close a hanging program 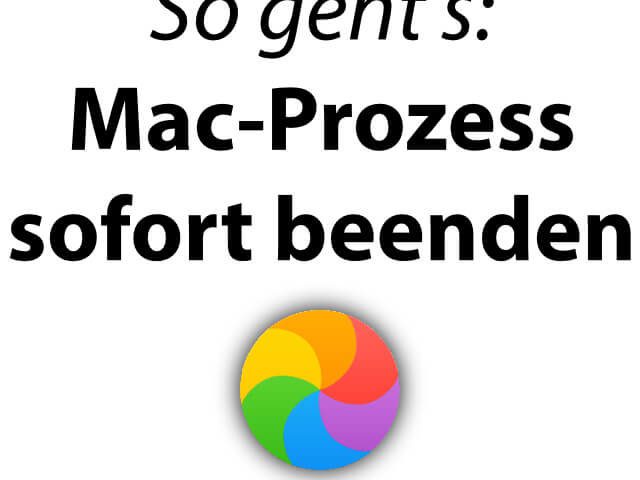 If an app hangs under macOS and no longer responds, it can help to end its process in the system. This “hard” method of closing a program also frees up performance on the Apple computer. However, unsaved projects can be lost. So maybe you should wait while processing important files and documents and let the software do the math. But if that doesn't help and the app window doesn't respond to any input, click or key combination, then you should call up the "Quit now" window. This can be done with a keyboard shortcut cmd + alt + esc as well as via the apple menu. 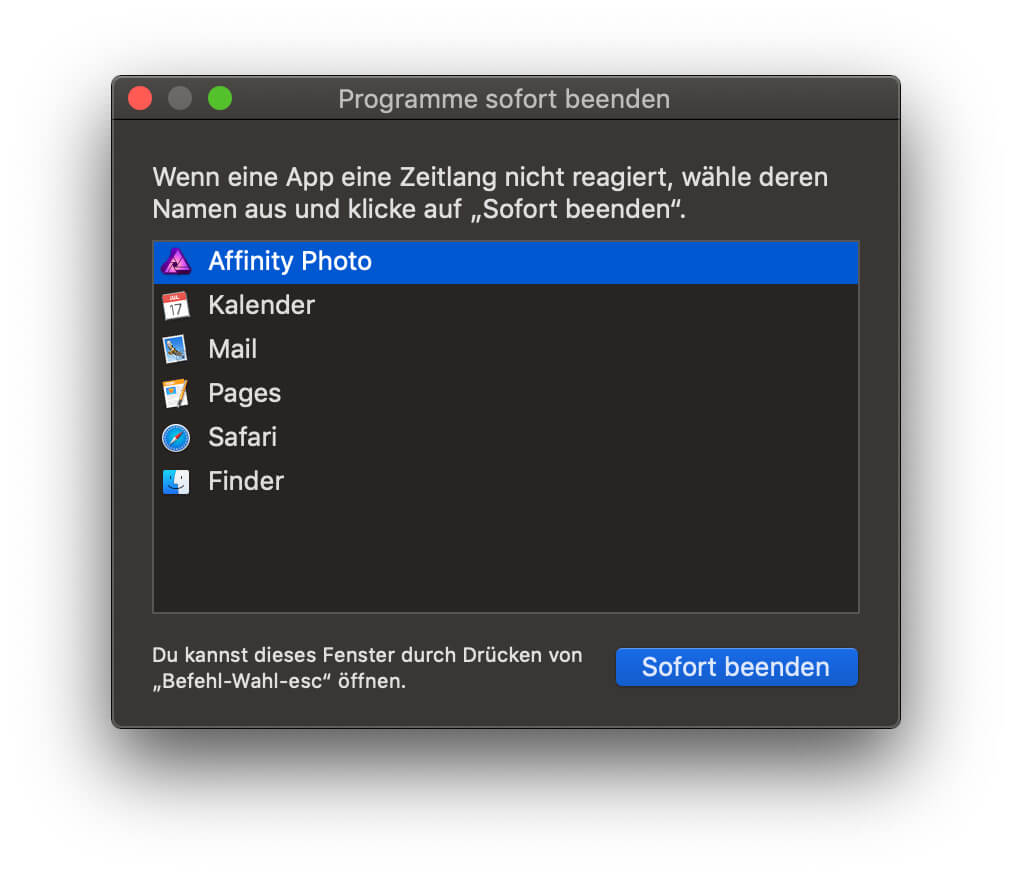 End a Mac process immediately and thus close a hanging program under macOS - here you can find out how to do it!

End process on Mac - Here's how!

If an app does not respond for a short or long time and makes no move to do what it should, you can terminate it immediately. Then it can be restarted as normal. Depending on the app and the previous save status, it may also be possible to restore the content created up until the program crash. If you want to use the mouse, these are the steps you need to take:

As already described above, the window can also be opened using a key combination. The keyboard shortcut is particularly helpful when the mouse cursor has disappeared, only moves slowly or shows uselessly as the "beach ball of death". The key combination is [cmd] + [alt] + [esc] or Command + Option + Escape or ⌘ + ⌥ + ⎋. 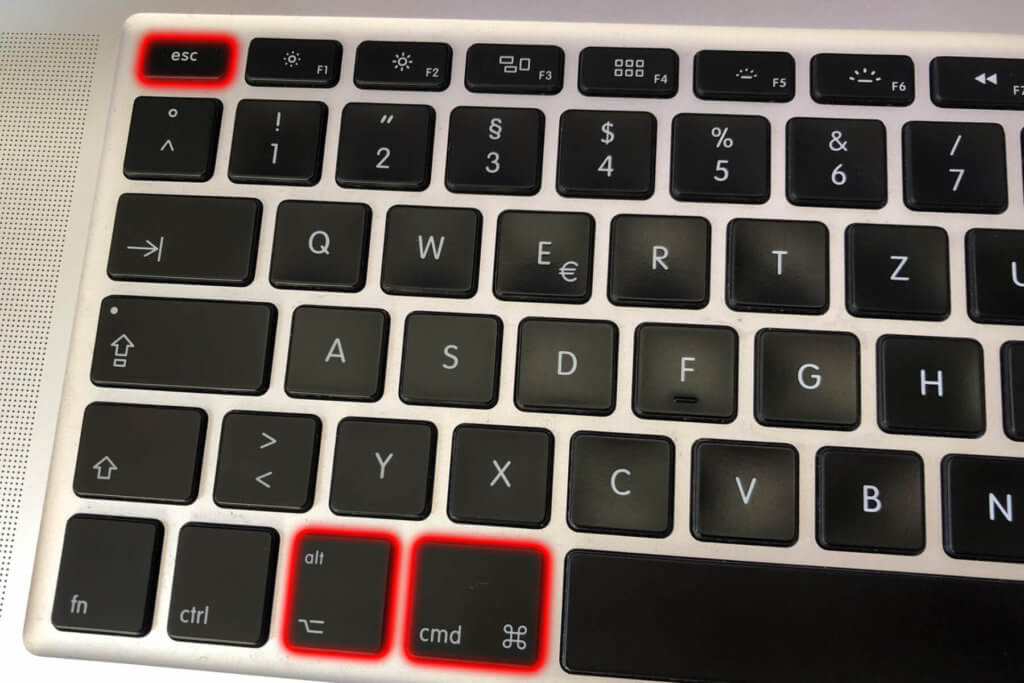 The Mac keyboard shortcut to go directly to the "Quit Programs Now" window.

Anyone who knows the Windows Task Manager or wants to see the system load of the Apple Mac, iMac or MacBook regardless of this association, can refer to the Activity indicator turn. This macOS utility shows you the process names, the CPU usage, the energy requirements and many other details about the apps that are running. Depending on the tab (CPU, memory, energy, hard drive, network), resource hogs can be tracked down, irregularly working programs can be identified and further details can be found out. You can call up the activity monitor via the Finder: Applications -> Utilities -> Activity monitor. Here, too, the selected process can be terminated immediately;)