Professional tip: remap the ESC key on the MacBook Pro to the real key 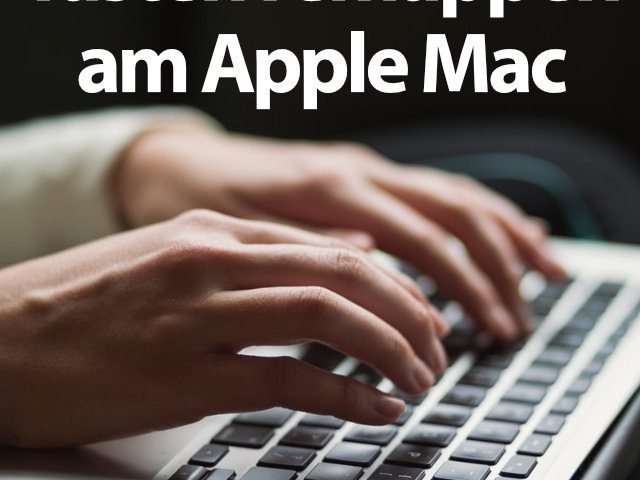 The current Apple MacBook Pro models with touch bar no longer have a real ESC key, but only a touch button that is displayed on the display strip. However, this does not give any feedback, and that's why it has often happened to me while typing that I typed a comment in the comment window of a website and accidentally touched the ESC key on the touchbar in the middle. The result: the entire text that I had laboriously typed was irretrievably deleted. If that annoys you as much as I do, then this guide is the solution for your problem;)

With the carabiner element, you can remap the ESC key from the touch bar of the current Apple MacBook Pro to a real key. You can also freely assign other keys and key combinations.

The solution is as obvious as it is simple: the ESC key or its function must give way to the touch bar of the Apple MacBook Pro. But since you need it every now and then, it has to be made available elsewhere. My recommendation is to remap on the Caps-Lock key (caps lock key), if you - like me - never use it. But if you use it or also like to press it accidentally, you can also assign the escape function to a different key or a key combination. This ensures that the "virtual Esc key" is really only pressed when you want it to. The whole thing can be implemented with the free Karabiner-Elements tool.

If you want to change the Mac key assignment, for example to remap the ESC key on the MacBook Pro to a real key, I recommend the macOS tool Carabiner element. You can find the download on the official website to free public domain software. It comes with a graphical interface, so you don't have to worry about programming or lines of code. You will also find extensive documentation on the website (in English, but you can also use DeepL translate) as well as instructions with screenshots. For the problem shown you only need the "Change a key to another key”Instructions as well as the“ From key ”-“ To key ”table in the tool itself.

Tips from a developer: Keys for Esc, Shortcuts and Caps Lock

I found the carabiner element in the App and tool list a developer or programmer working on an Apple MacBook Pro. In addition to changing the Caps Lock key to the Esc key, he also assigned a key combination for which he would otherwise have to press three keys at the same time on a single key. Since Caps Lock is now Escape with him, he has unceremoniously assigned the locking function to pressing both shift keys (left and right) at the same time. In addition, it shows the possibility of assigning the Esc function to simply pressing the ctrl key. For key combinations you have to press them permanently so that the simple, one-time actuation can be used differently. This can be set up with the tool.

Carabiner element as a solution for defective buttons

Two years ago I wrote you a guide with causes and solutions for buttons that no longer work or that do not work properly: Some keys on the Mac / MacBook no longer work. You will find possible keyboard problems on the Mac and their solutions (or possible solutions) there, as well as in the now numerous comments. If nothing really helps and only one or two keys on your MacBook or your external keyboard have given up the ghost, Karabiner-Elements will help you to assign their functions as a work-around to other, otherwise unused keys ... Like you see: in addition to remapping the Esc key on the MacBook Pro with touchbar, there are many other possible uses of the tool: D