Face ID with mask: Unlock iPhone despite mask from iOS 15.4 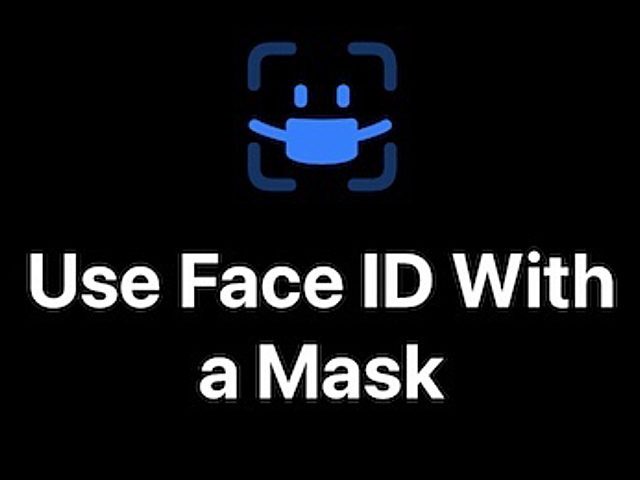 Face ID on the iPhone was a good idea by Apple to allow you to unlock the phone with a glance towards the screen. But for two years this idea has been thwarted by a small problem: the Covid 19 pandemic. With mouth and nose protection, or in short: with a mask on your face, Face ID no longer works. That should change with iOS 15.4 on certain iPhone models. Because this is where “Face ID With a Mask” comes into play. You can read here how it works and where it doesn't work.

Face ID With a Mask – from iOS 15.4 it should also be possible to unlock the Apple iPhone with a mask. The scan focuses on the eyes, which is why glasses have to be added individually. You can find details in this guide.

Face ID with mask will come to iPhone with iOS 15.4

Face ID With a Mask, as the function is called in English, was already found in the current iOS 15.4 beta and should work just as easily as the conventional Face ID. To unlock the Apple iPhone, the lock screen is swiped up and your own face is presented to the scanners / camera above it. If you switch from the previous Face ID to Face ID with a mask, the entire face is not scanned, but primarily the area around the eyes. That's why you have to set up the function separately and, if necessary, take a few extra steps so that the whole thing works in practice.

How to set up Face ID With a Mask

On compatible iPhone models (see below) you can use the new feature after the expected future update to iOS 15.4 by selecting the "Face ID & Code" menu item in the settings. There should then be a slider with which you can activate the new function. Also directly below is a link to the "Add Glasses" option. Because Face ID with a mask mainly focuses on the eyes, glasses have to be scanned individually. So if you use several glasses, plan a little more time. By the way, the whole thing shouldn't work with sunglasses.

The feature is compatible with these iPhone models

It is not entirely clear whether there are technical restrictions on older iPhone models with Face ID (from iPhone X from 2017) or whether Apple simply wants to boost sales of the 2020 and 2021 models. However, articles and test reports on the new function state that they should only work with these Apple smartphones:

Sources and reviews for "Face ID With a Mask"

You can find more information and reports from people who have tried Face ID with a mask using an iOS 15.4 beta in the following overview. There are also screenshots of the settings and the steps to be taken to set them up: