FaceApp - or: Who reads the fine print? 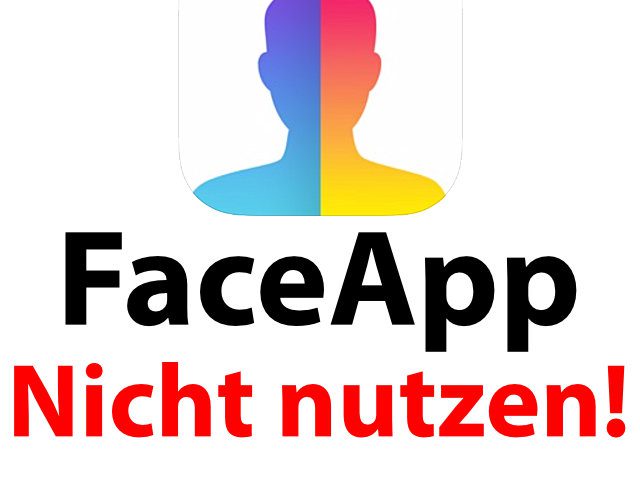 It is currently the "top app" with the most global downloads in both the Apple App Store for iOS and the Google Play Store for Android: FaceApp - AI Face Editor. Regardless of whether they are influencers who jump on a trend using the #FaceApp hashtag, or kids who want to show their aging faces in the schoolyard (or in the holiday camp); With FaceApp, people share selfies of themselves that are made younger or older using AI. But nobody really wants to read the terms of use and declarations on data protection. Therefore headlines including ZEIT ONLINE: "Why FaceApp could make you look really old". 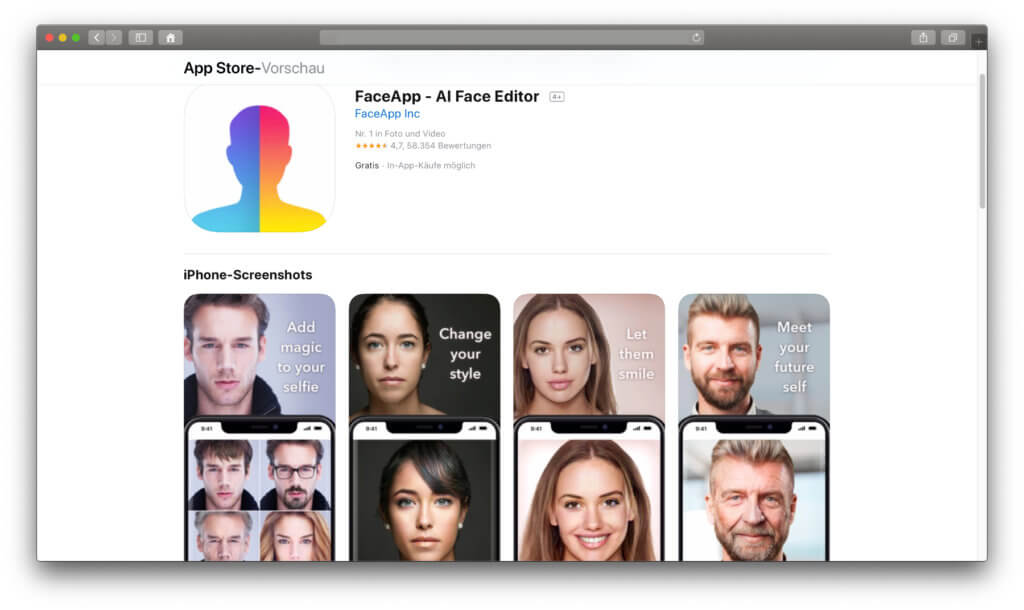 Warning of FaceApp and the lack of data protection. in the terms of Wireless Lab OOO you agree to irrevocable, transferable rights of use. #FaceApp

Take a quick selfie, chase it through the app and get a few comments and likes on Instagram, Twitter, Facebook or in the WhatsApp group. That sounds like a fun idea for everyday ego boost. However, the FaceApp app for Apple iPhone and Android smartphone may have a few unwanted long-term effects for its users. From the photographic gag, which will be forgotten again in two weeks, the pair of photos with current and aged images on the developers' servers could be used - to some extent legally even.

As the time in the article linked above shows, by using FaceApp, you agree that the photos fed in can not only be processed on external servers (instead of locally on the device), but can also be stored there indefinitely. Even if you delete a photo from the app on your mobile phone, the developers reserve the right to continue to save it on their servers. You agree to reuse, for example, for advertising. If FaceApp should do TV advertising, you may find yourself in it - without asking and free of charge, of course.

Who or what is FaceApp?

The developers of WirelessLab OOO based in Saint Petersburg, Russia. This fact, as well as the agreements in question that one makes with the creators of the app when downloading and using FaceApp, can be found on the "Terms" page check the official website. Among other things, there is also this long sentence, which is incomprehensible for people who do not understand English:

You grant FaceApp a perpetual, irrevocable, nonexclusive, royalty-free, worldwide, fully-paid, transferable sub-licensable license to use, reproduce, modify, adapt, publish, translate, create derivative works from, distribute, publicly perform and display your User content and any name, username or likelihood provided in connection with your user content in all media formats and channels now known or later developed, without compensation to you.

You grant FaceApp a perpetual, irrevocable, non-exclusive, royalty-free, worldwide, fully paid, transferable sub-license to use, reproduce, modify, adapt, publish, translate, create derivative works, distribute, publicly perform and display your User Content and any names, Username or the like given in connection with your User Content in all known or later developed media formats and channels without any compensation to you.

For my taste, these are a few too many and too big concessions for the little aging or rejuvenation fun in between. Because the promised rights are irrevocable (!) And also transferable (!) - that means, one cannot defend oneself against the pictures being used (commercially) by other companies or institutions. Who still needs stock footage?

Already knew: Why captchas have become so damn heavy ...

Warning of FaceApp from the Federal Data Protection Commissioner

For those of you who didn't know: Germany has a Federal Data Protection Officer, Ulrich Kelber. This warns - along with other institutions and facilities - of the FaceApp application. With his statements, he shares the concern that “important personal data could fall into the wrong hands”. So quoted him among other world. According to the article, the FBI also warns against FaceApp, also and above all because it - patriotically, as it happens in the US - fears for the safety of US citizens if their images and data are made available to a “hostile foreign power would ”. In other words: Russia is at the cyber door.

Conclusion on the trend app 2019

Do not download FaceApp and prohibit anyone who might have photos of you from chasing your pictures through their app! Because #FaceApp is not fun, but an extensive collection of photos, potentially effective face recognition and personal data in the future. The social media trend should be ended as quickly as possible with a counter-education. Or what do you think about it? Feel free to leave a comment on the topic!