Falling prices in the App Store for the euro area, UK and South Africa 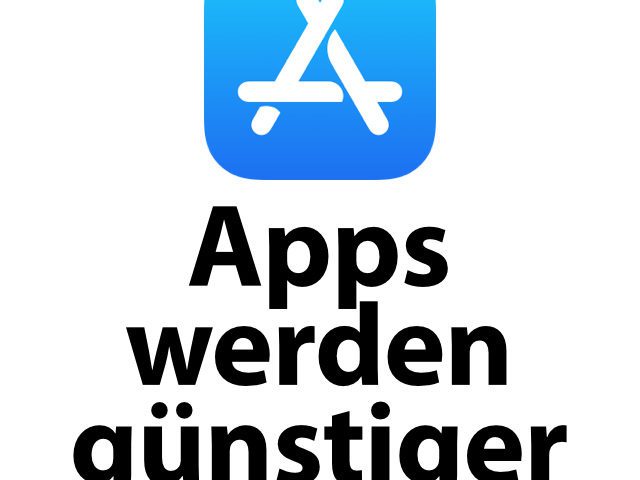 Apple adjusts prices in the App Store whenever tax regulations or exchange rates for currencies change. In the coming days there should be changes again, as in the official place communicated will. The prices for apps as well as for in-app purchases are e.g. B. fall in the euro area, but also in the United Kingdom and South Africa. Subscriptions that are automatically renewed are not affected by the price reduction per se. In addition to the price reductions in the named countries and regions, there are also price increases - in Georgia and Tajikistan.

Apps from the Apple App Store and the corresponding in-app purchases will be cheaper in the coming days - in the euro area, the UK and South Africa. Apple announces this through a Developer News.

Apps are becoming cheaper in the euro area

If you have a certain app in mind or different apps via Price tracking via AppTicker, AppSliced ​​or App List observed, then the coming price change could soon become apparent. In addition to the advantage for users, there is of course also the developer side. In the source linked above, Apple says on the Developer News page:

"Once these changes take effect, the Pricing and Availability section in My Apps will be updated. You can change the prices for your apps and in-app purchases (including auto-renewable subscriptions) at any time in App Store Connect. If you offer subscriptions, you can keep the prices for existing subscribers."

In addition to Apple devices and systems, the blog here is always about the right apps for various tasks and occasions. The following is a small collection of current app recommendations for the Apple Mac and Apple iPad (Pro):