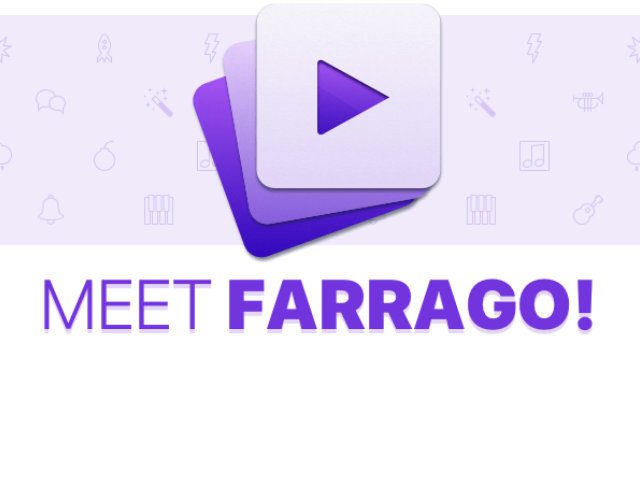 Farrago is a soundboard app for the Mac that was brought to market by the software developer Rogue Amoeba. Known for audio applications such as SoundSource (offers advanced sound settings under macOS) or Loopback (recording tool), the audiophile team now provides software for professional podcast recordings, radio broadcasts, live streams and the theater. In this post I summarize the most important features of Farrago for you.

The Farrago Soundboard app for macOS is ideal for podcasts, radio broadcasts, plays or live streams on YouTube / Twitch. Here are all the features, an explanatory video and the download.

In Farrago you can insert any audio files to play them later (or immediately) with a mouse click or key combination. This makes it super easy to import trailers, jingles, clips, fades, sound effects and much more. This is not only useful when recording podcasts, but also when producing a radio broadcast. In addition, sound snippets can be easily played in a theater play with the Farrago app or used in a live stream on YouTube or Twitch. Farrago thus offers the software alternative to devices like the Elgato Stream Deck.

Features at a glance

Farrago offers a variety of features and functions designed to get the most out of audio files. Here I have summarized the most important points for you:

In addition to the other apps from Rogue Amoeba, such as Airfoil, Audio Hijack, Fission, Loopback, Nicecast, Piezo and SoundSource, you can also find the Farrago download on the website of the developer. There are also further explanations and pictures. Have fun producing!