The fastest FTP client for the Mac 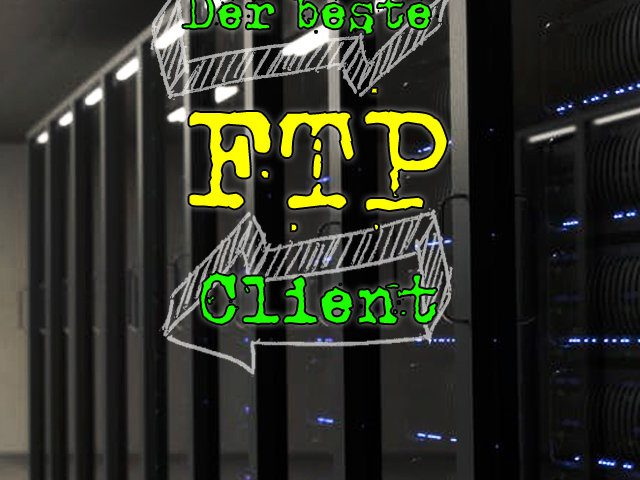 As a web developer, webmaster and other user who wants to exchange data on a server and from there to the Mac or between two servers, you naturally need a reliable one FTP Client. But which client, which FTP program, is the fastest for the Apple Mac? And is the fastest FTP client for the Mac also the best one to use? I try to clarify these questions here, because there is a meaningful FTP client test that should be reproduced here. Later there is a comparison between Transmit and Crossftp from the Apfelot house;)

Which is the fastest FTP client for Mac, iMac and MacBook? Here I give you a comparison of Transmit, FileZilla and CrossFTP. A separate test will follow.

What is an FTP client?

For all of you who need a fast and reliable FTP client, but don't even know it, here is the explanation of the term itself: FTP is the abbreviation for File Transfer Protocol (in German: File transfer protocol). So it is a network protocol that - to put it simply - manages IP-based data exchange. An FTP client is used on the Mac, iMac, MacBook or Windows PC when data and files are to be exchanged over the network.

The fastest FTP client for macOS

In the Apfelot house comes the app Transmit for use. It works reliably for data exchange from server to Mac and from server to server - even by simple drag & drop - as described above with the Mac as local storage as an intermediate step. However, Transmit is comparatively slow, which was shown in a test by CleverPlugins.com was confirmed in more detail and in a direct comparison. At the beginning of the article it is mentioned that the speed of FTP apps for the Mac depends on how well they are designed. Here are the results of the test by Transmit, FileZilla and CrossFTP, translated into German:

Transmit looks the best, but is the slowest FTP client for the Apple computer. This is because every folder and subfolder with every file in it is sent individually. So if you want to send several folders with subfolders and files of various sizes, it can take a while.

In the comparison of the three FTP clients for Mac, FileZilla is much faster than Transmit. FileZilla first reads out which files of which size are to be transferred and then creates a waiting list. Their maximum length in general or per side can be adjusted. The download, on the other hand, is very inefficient, as the client creates a separate thread for each folder and, if necessary, inhibits or blocks other data transfers.

CrossFTP is the fastest FTP client for Mac, iMac and MacBook, because the added folders are also placed in a waiting list during upload and download, but are not treated individually. All threads, regardless of upstream or downstream, are treated at the same time. In addition, the stability of the client is very good; even large lists of 50.000+ files are handled safely according to the test (link see above).

In the test, over 10.000 files with a size of around 163 megabytes were transferred. It was a WordPress site with not too many files, but a good number of plugins. These results were achieved: 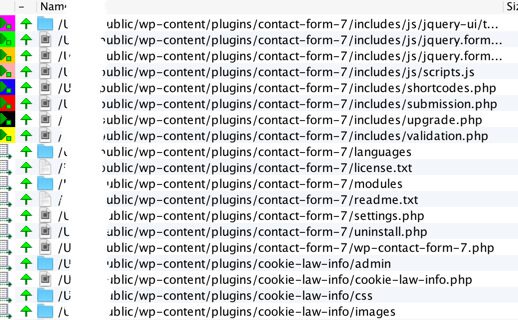 The upload list in CrossFTP from the test. Source: cleverplugins.com

Important features of an FTP client on a Mac

Regardless of whether you are looking for an FTP client for Windows or Mac, the feature set is always a balancing act between simple operation and few features and complexity and many functions.

Here are some more features that can be found on one or the other FTP client. Whether you need them naturally depends on your personal requirements.

The above tested FTP client called CrossFTP is not only very fast, but also has some interesting features in store:

You can see that CrossFTP actually offers all functions that you would expect from such a tool. I'm currently using Panic's Transmit and I'm quite happy with it, but that doesn't mean that you can't "cheat".

I Will Give CrossFTP a Try!

If you scroll all the way down in the original test report, you will see the announcement in the comments that CrossFTP will soon be tested at Apfelot;) For the site-local-site moving of content with the Mac as an intermediate step, you need the paid enterprise version of CrossFTP, but Transmit is not free either. When the test here is completed, there will be a separate comparison of the two aforementioned apps for FTP data transfer with the Apple computer.

Until then, feel free to leave your own experiences as a comment under this article :)