Finally: a shower speaker that deserves this name 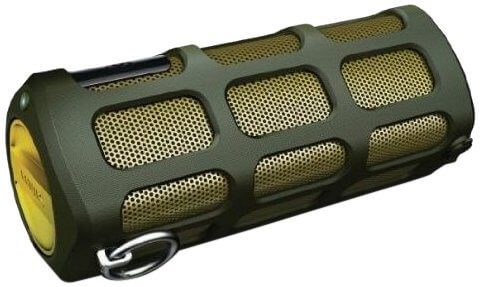 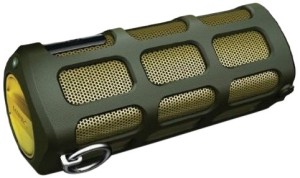 Officially, the Bluetooth loudspeaker from Philips is actually not on the market as a shower loudspeaker, but its robust construction and the fact that it is splash-proof makes it an ideal companion for the morning shower. I have to get him in my list of the "best bluetooth speakers" add, because it definitely deserves a mention. It even has a metal ring for hanging on various shower cubicles and contactless operation. Only a meager sound could ruin the fun in the shower. But even then he seems to show off when one the first customer reviews on Amazon may believe.

The housing of the loudspeaker system is extremely robust and allows you to simply throw the box into your backpack or put it in the garden on the damp meadow if you want to pull weeds again. If you also like to make phone calls on the side, you will certainly want to use the hands-free facility, which was implemented thanks to the built-in microphone. A little delicacy is also the possibility of connecting two of these boxes with each other in order to have even more volume - or simply to create a sound system from several corners for a party.

The built-in lithium-ion battery is enough for almost 8 hours of music enjoyment and is ready for any music fun after 4 hours of charging. The contact-free operation is implemented with a motion sensor, which acknowledges, for example, a swipe to the left by jumping back a title and a swiping to the right by jumping forward. You have a pause function when you hold your hand in front of the sensor.

Update: Unfortunately, the Philips speaker is somehow no longer available on Amazon (or at least often!). For this reason I have selected a very well-rated alternative for you: 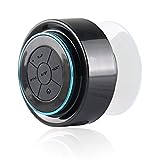 Expower Ixp7 Bluetooth shower speaker with suction cup
This BT speaker comes with an IP67 certification and is both waterproof and dustproof. So you can even take it with you in the tub or throw it in the sand on the beach. A speakerphone is also built in so that you can even make calls in the shower. The customer ratings at Amazon give the speaker about 4,5 out of 5 stars.
Buy it at Amazon Price includes VAT, plus shipping costs (updated: 4.12.2021 at 07: 50 clock)

I think the Bluetooth speaker is a nice device for someone who wants to enjoy music a lot outdoors or is well suited for use as a shower speaker. Personally, I only recently bought the Big Jambox (my test here) and do not need an additional loudspeaker for the sound system via iPhone. If you don't have a loudspeaker with a Bluetooth connection yet, you should consider accessing it now, as it is the loudspeaker just a little down law at Amazont there.