Finn bike mount: can be used universally for many smartphones 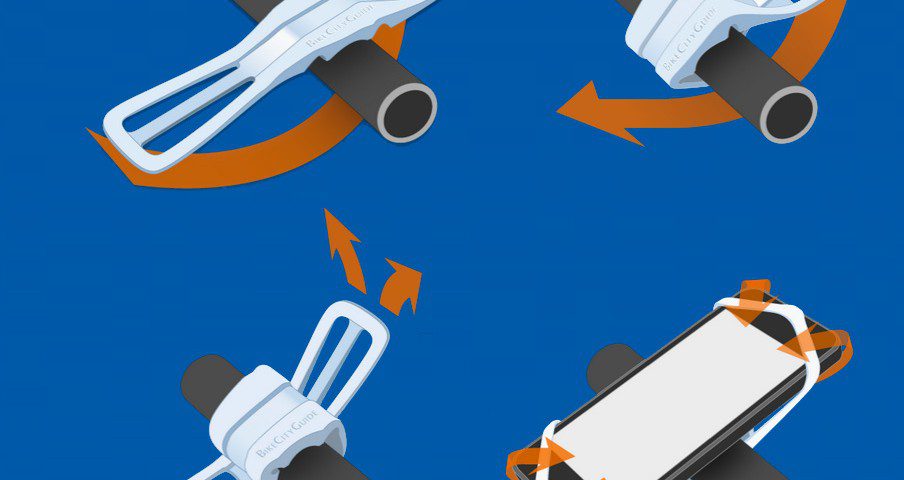 The concept of the "Finn" universal mount is as simple as it is ingenious. It puts an end to the fact that you need a new holder for every new iPhone model and is otherwise not picky about the smartphone brand. The makers of Finn come from Austria and advertise with no less than the slogan "For every smartphone, for every handlebar, fits in every pocket!" How it works? With a fairly flexible material: silicone. How it works exactly can be seen in the following video that you can find on the homepage getfinn.com place.

Now you might wonder whether your own smartphone is actually supported. For this reason I have put together a list of models that were named in customer reviews and are therefore almost certainly compatible with the Finn:

By the way, Finn's customer service is very courteous. All customer reviews that have reported about a cunning Finn have been updated with a new one in a short time.

It is also highly praised by Ingress playerswho think it is a must buy for Ingress cyclists. I don't know the game directly, but you have to navigate the city using your smartphone.

It is also interesting that the bracket can easily handle even very rough terrain. One user was even on an alpine cross and on various MTB tours with it and only has praise for the Finn. So it actually seems to live up to its good reputation.

I also found some practical tips ... 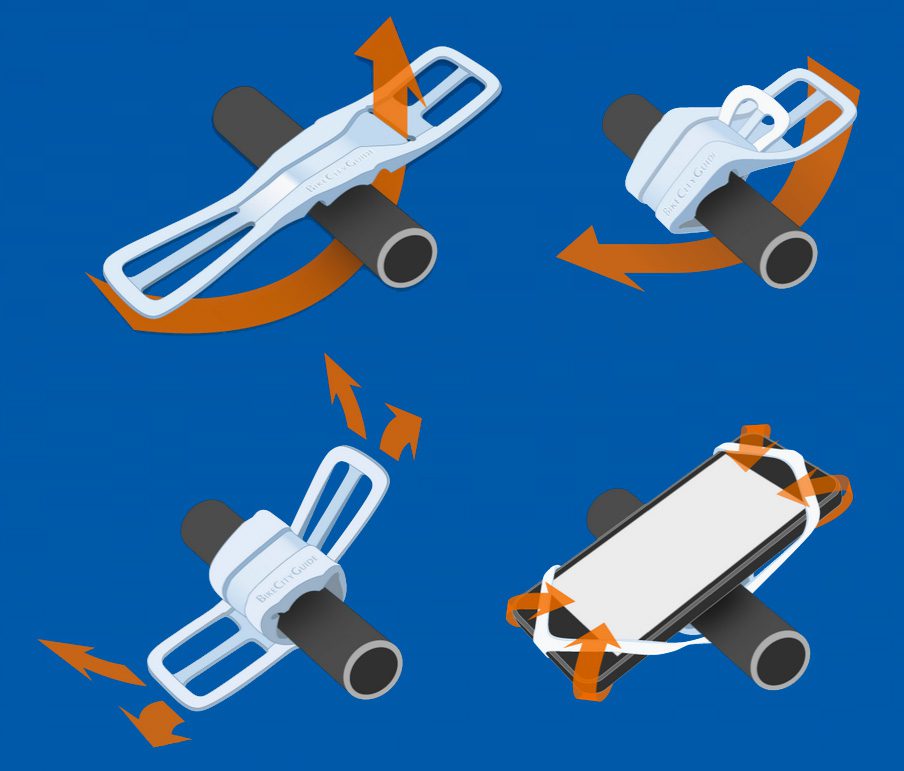 How to put on the Finn universal mount may require some explanation the first time. For this reason, here are the instructions. If you've done it a few times, it'll work in a few seconds without instructions. (Graphic: getfinn.com)

If you want to buy the Finn, you also get a voucher for a city of your choice for bike navigation "Bike City Guide"In addition, he can, for example, buy it here at Amazon - price approx. 12 EUR:

Finn holder for bike and motorcycle
The universally applicable silicone holder is suitable for all kinds of smartphones and can also be used for any bicycle handlebar.
15,26 EUR −6,28 EUR 8,98 EUR
Buy it at Amazon Price includes VAT, plus shipping costs (updated: 14.09.2022 at 15: 06 clock)

Update: There has been a new design Finn since April 2015. It has been completely redesigned and improved and is here with me in the blog been tested.