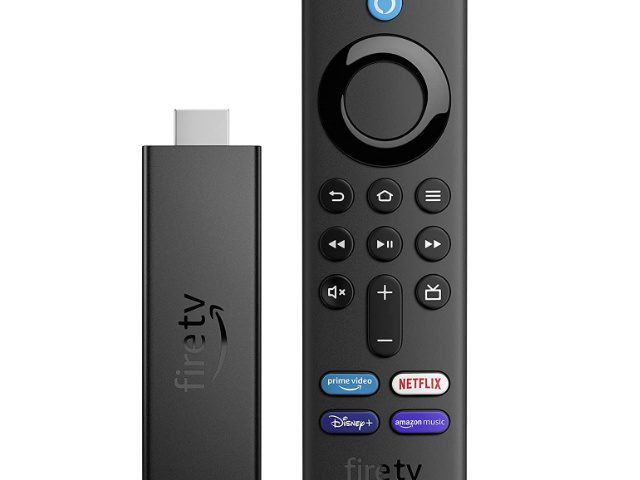 Amazon has launched a new solution for smart TV via HDMI, the Fire TV Stick 4K Max. This brings 40% more power for the system and apps as well as Wi-Fi 6 for faster and more stable streaming. The scope of delivery also includes a remote control with enough buttons to operate the television. Streaming services that can be selected directly via buttons are Prime Video, Netflix, Disney + and Amazon Music. The Fire TV Stick 4K Max will be delivered from October 7, 2021; .

Update from 07.10.2021: From today you can order the new Amazon Fire TV Stick 4K Max without any further waiting time. Update end

The Amazon Fire TV Stick 4K Max brings 40% more power than its predecessor and thus also the possibility of picture-in-picture playback. Better WLAN performance is achieved with Wi-Fi 6. Here you can find the comparison to the predecessor and the Fire TV Cube.

Once plugged in and set up, you can play videos, streams, films, series, documentaries, music, pictures and more. Moving images are transmitted with a resolution of up to 4K. The display of the high-resolution images then depends on the TV. Regardless of this, you can use the picture-in-picture function with the new streaming stick from Amazon. So you can continue to stream content while you operate menus, install apps or browse the TV programs.

The Amazon Fire TV Stick 4K Max has more performance all round compared to the provider's previous 4K streaming stick. Not only is the processor (CPU) faster, the graphics unit (GPU) also has higher computing power. In addition, more working memory (RAM) has been installed. All of this is also made possible by the picture-in-picture display mentioned above, which is new to the Fire TV sticks. In the following table you will find a comparison of the predecessor, the current model and the Fire TV Cube, i.e. the set-top box from Amazon.