With the new Fire TV Stick from Amazon, which will be released on April 20, 2017 and can already be pre-ordered, you can use Alexa to operate your Smart TV via voice control. The new Amazon Fire TV Stick with Alexa voice remote control Of course, it also brings the appropriate buttons, but voice control through Alexa and your voice commands enables you to search through apps, play media, play music and use smart home functions. For example, you can dim the lights with Alexa using Fire TV remote control - and then start the film or romantic music;)

Not just for lazy fans of Films and series the new Fire TV Stick with voice input is ideal for controlling multimedia content and the smart home. Because it's not just greasy popcorn fingers that are not ideal for operating the smart TV. This service can also be very useful for users with limited capacity to act, for people with corresponding disabilities or sick people who have to recover. And the bestseller can already be pre-ordered on Amazon: 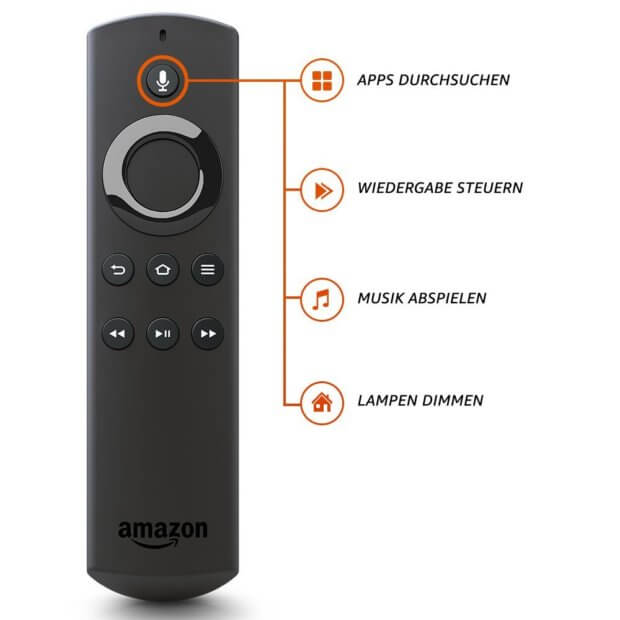 Some features of the Alexa remote control of the new Amazon Fire TV Stick, which celebrates its release on April 20, 2017.

How do you operate your Smart TV?

Are you already using a Fire TV Stick from Amazon or are you longingly waiting for the model with Alexa voice control to be released on April 20, 2017? Do you use another type of Smart TV service such as Apple TV? Feel free to leave a comment on the topic :)