Firefox Send - Upload up to 2,5 GB encrypted and limited for download 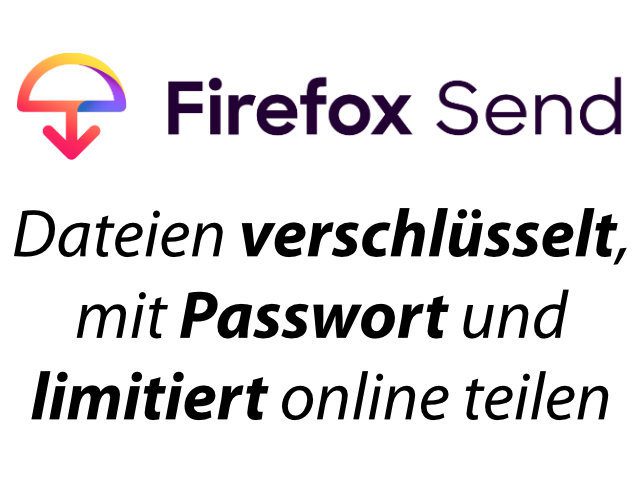 With Firefox Send Mozilla developers offer a host service for files à la WeTransfer. After a longer beta phase, the file sharing service is now available for users with and without a Firefox account. The advantage for all those who have such a user account or create one for Firefox Send: up to 2,5 GB of data can be uploaded and offered for download. For guest users it is at least 1 GB. You can also specify a few useful parameters when uploading, which, in addition to the end-to-end encryption of the service, contribute to security. 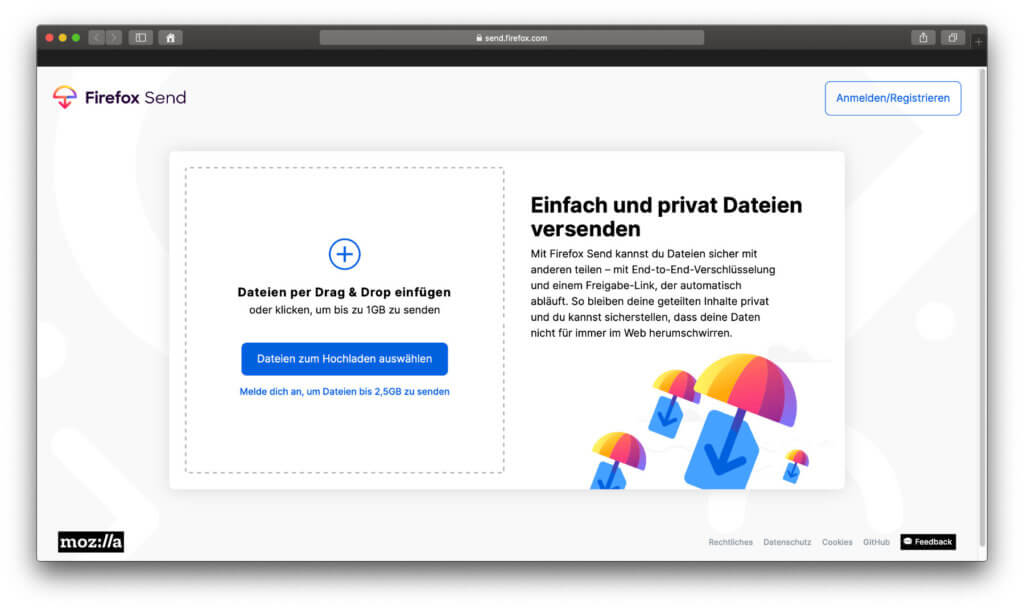 With Firefox Send, the Mozilla folks have created a hosting service for uploading up to 2,5 GB. Details on this in this post!

With Firefox Send it doesn't really matter whether one or more files are used. Uploading data is limited to 1 GB (guest users) or 2,5 GB (registered users). After selecting the documents, photos, videos, etc., you can either enter a download number (1, 2, 3, 4, 5, 20, 50, 100) using the drop-down menu next to the "Expires after" option. or set a time (5 minutes, 1 hour, 1 day, 7 days). You can also check the box next to “Protect with a password” and then set a security code. With all of these features, you can ensure that only the people who are supposed to get the files get them. 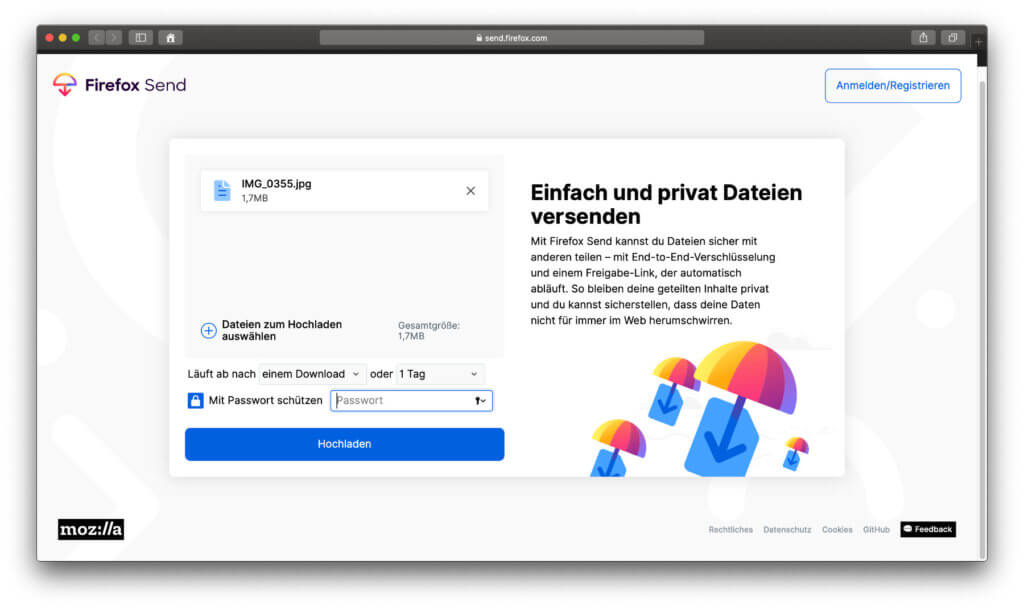 In addition to the end-to-end encryption of Firefox Send, there is the option of protecting the download with a password and limiting the time or number.

In some reports on Firefox Send and in the comments, you can read here and there concerns and criticism of the service. These can be found in the privacy policy of the relevant website, among other things. Is criticized z. B. convinced Tor network users that user data such as IP address, Firefox account, technical data on the operating system, country, language and so on are recorded - a standard procedure used by almost all websites. Others criticize the fact that the Google Cloud is used for the service, while the other does not care because of the end-to-end encryption. It probably just depends on what kind of files you want to submit and how paranoid you can get;)

Good as well: FileMail - Free WeTransfer alternative for files up to 50 GB