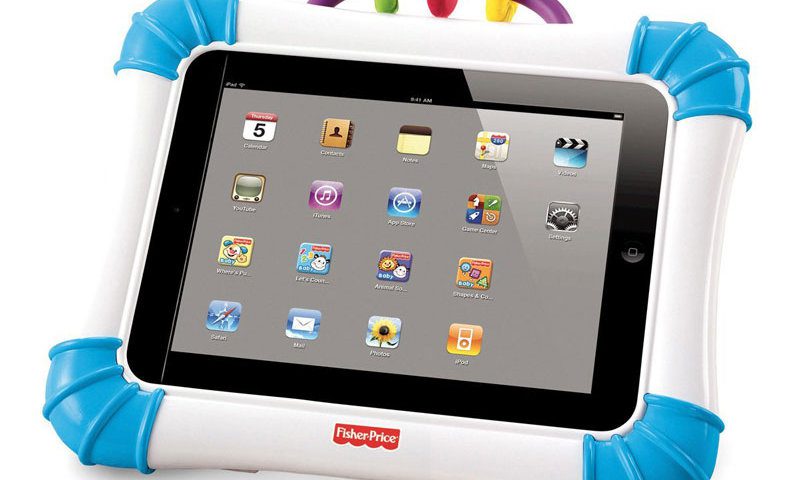 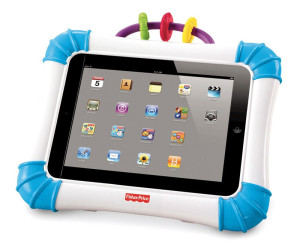 Well, there is a lot of controversy about whether children should be playing on the iPad or not. Personally, I think that if you limit the time and also choose the things that the child plays or watches on the iPad, then it is better than if you "park" the children in front of some pointless morning programs on the television. But no matter - this article is about the Fischer Price iPad holder go and not talk about the topic of kids and iPad. :-)

After I got from the Fischer Price iPad sleeve I honestly asked myself what the big difference between a "normal" iPad case and an iPad case for children should be. Ok, you could guess that it should perhaps be a little more robust to absorb falls from the 3rd floor or that it should be more colorful to inspire the children's eyes.

But the case actually has something else that other [iPad cases->ipad cases] don't have: It protects the controls such as the power switch, volume control and, if necessary, the home button from children's hands. For example, you can give the child a specific App start and then be sure that it doesn't secretly press the home button and end up in the latest first-person shooter. In this way, the iPad is made childproof through the "hardware".

A screen protector is also integrated in the case, which keeps pudding, sausage or gnawed gummy bears away from the touchscreen of the iPad. And if you find the app a bit boring, you can also play a little on the rings of the holder.

Unfortunately, the Fischer Price iPad case is only compatible with the iPad 1 and 2. Newer models do not fit in properly. The Customer Reviews but are consistently good (except for a 1-star rating from an overzealous educator who did not even buy the holder) and so you can perhaps put the Fischer Price cover on your old iPad and use it as a children's iPad.

If you want to take a look at the case or buy it, can be found here on Amazon.