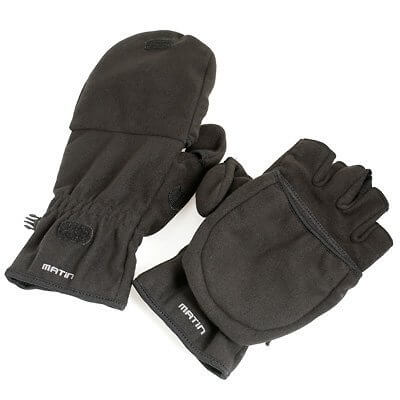 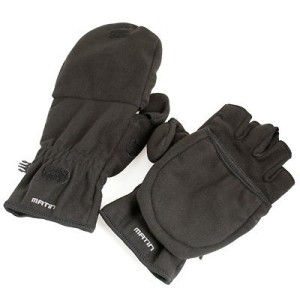 Anyone interested in operating their iPhone touchscreen in winter (without freezing their fingers!) Will sooner or later come across the search term "touchscreen gloves". These are gloves that have special silver fibers woven into the fingertips that allow the use of capacitive touchscreens such as those found on the iPhone, iPad or Samsung Galaxy. But today I found gloves that are much better suited for cold winter days: so-called Photo glovesthat are actually intended for photographers who have to play around with their fingertips on their digital SLR in icy weather.

Mittens as a better alternative to touch gloves

The photographer's gloves are designed as mittens, but you can fold away both the thumb and the cap that covers the fingers. This allows you to remove fabric from your fingertips relatively quickly in order to quickly type something on the iPhone. The caps on the thumbs allow you to type very well in landscape mode and leave the other fingers "wrapped up".

Anyone who has ever used mittens as gloves will know that this type of glove keeps you much more warm than finger gloves. In addition, the normal touchscreen gloves are often only thinly knitted in order to give the fingers as much "feeling" as possible. However, this has the disadvantage that the fingers get cold very quickly in cold weather with temperatures of -10 ° C or below. In the mittens, on the other hand, the air around the fingers holds the warmth. In addition, the fingers can warm each other, which is also an effect that should not be underestimated. 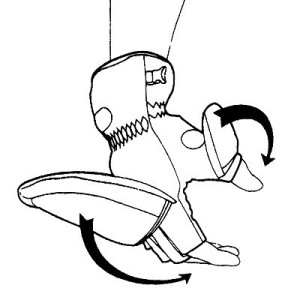 This is what Matin's photographer gloves look like in use. The cap over the thumb and the tip of the mitten can be folded away (Photo: Amazon.de).

The construction of the finger caps is solved in such a way that they can be folded away upwards. A Velcro fastener is attached to the flap and the top of the wrist area of ​​the glove, which keeps the flap up when "working". When you have finished typing, you can simply fold it down and your fingers are wrapped up nice and warm again.

I think this construction is well solved and would only use gloves like this in the future. They also look a lot better compared to most touchscreen gloves because they don't have any different colored fingertips. ;)

If you are interested in the gloves, you can get them look at Amazon.